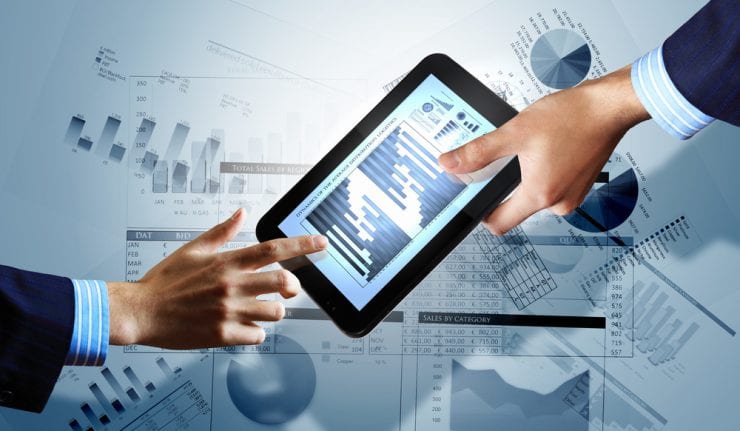 There has been an ongoing debate about how long the longest-running bull market in history can extend itself.

While much of the developed world outside the United States is enduring economic contraction, and with Europe officially in recession, America continues to be an oasis of steady growth, albeit not without a soft patch in factory output. But by and large, the domestic economy, driven by consumer activity, is healthy.

The rally in interest rates that inverted the yield curve twice this year has kept a solid bid under recession-resistant sectors — namely utilities, real estate investment trusts (REITs) and consumer staples. And with all the negative press from the financial media that wants to talk down the Trump economy, there is good reason for investors to be nervous, if not outright fearful, of a sudden slowdown that catches the market off guard.

Against this narrative, there are actually some fairly positive developments within the makeup of the broad market. When looking at which sectors are leading and which are lagging, there are three standouts that are surprisingly strong which are leveraged to an economy that is expecting a pickup in growth — and this deserves all our attention.

If the economy was in the beginning of or in the midst of a protracted slowdown, we would not be seeing the financial, semiconductor and U.S. home construction sectors breaking out to the upside. In fact, the semiconductor sector is trading at new lifetime highs, reflecting the burgeoning new growth cycles for 5G, Internet of Things (IoT), big data, artificial intelligence (AI), analytics, augmented reality (AR), computer vision, robotics, smart homes, digital ecosystems and autonomous driving. 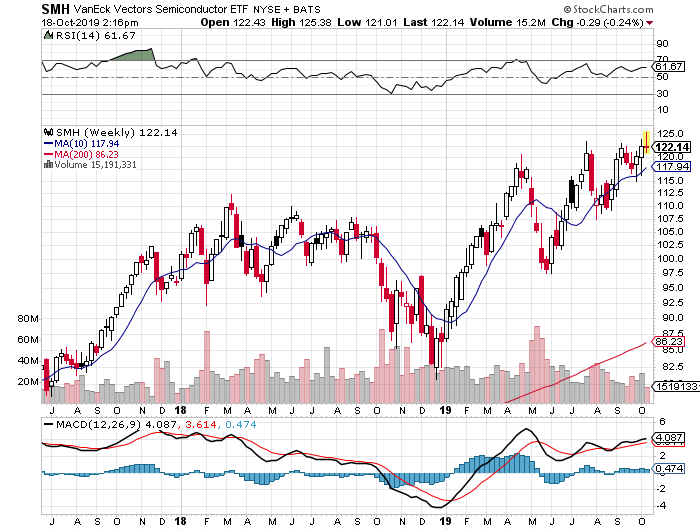 A robust labor market, steady wage gains coupled with low inventory and record low mortgage rates are fueling the fastest growth rate in new home starts in over a decade where finding skilled workers to fill demand is the number one challenge for home builders. Stocks of home construction companies, materials suppliers, appliance makers and homebuilding retailers are up across the board, many to new all-time highs. 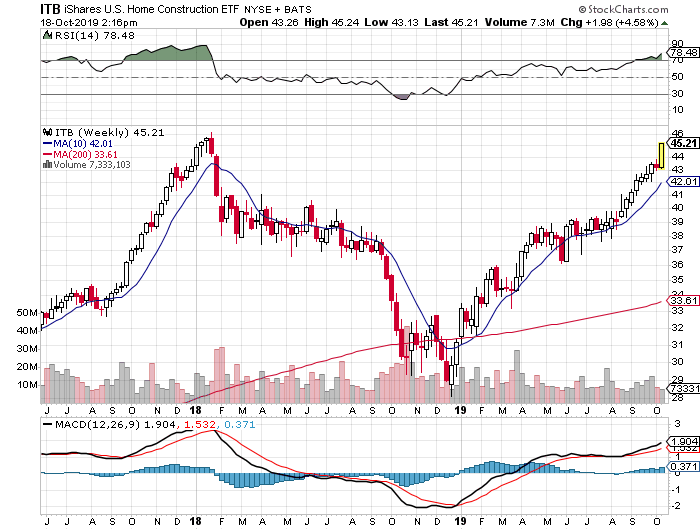 And then there is what I call a JPMorgan (JPM)-led rally in the financials that is just now looking like it might be getting up a head of steam. America’s most elite bank traded to a new all-time high this past week after posting a strong set of third-quarter results. CEO Jamie Dimon has a lot to smile about, as JPM is not just the biggest U.S. lender by assets, but it also managed to grow both revenue and profit faster than its competition.

On the heels of the JPMorgan results, Bank of America (BAC), Citigroup (C), PNC Financial (PNC) and U.S. Bancorp (USB) also posted better-than-expected Q3 results, while Goldman Sachs (GS) and Wells Fargo (WFC) came in light of expectations. Mr. Dimon attributed the strength of operations to consumer spending, credit trends staying solid and very healthy business activity. These are not words of caution coming from the most respected banker in the world, but rather, they are words of optimism for not just his bank, but the industry. 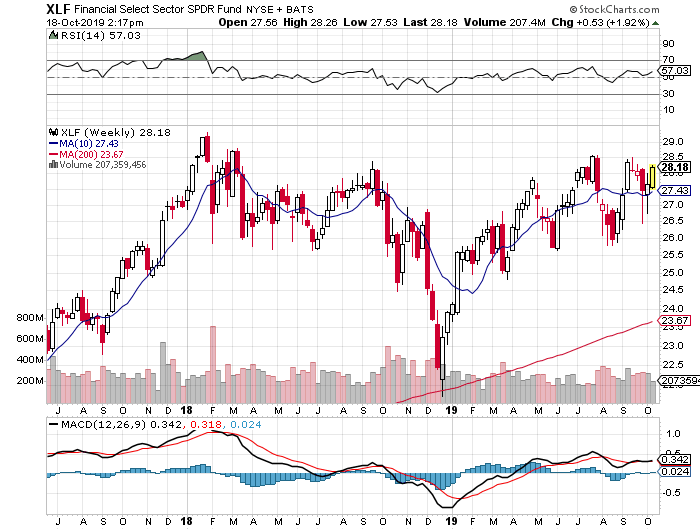 The strength being exhibited in these three sectors is impressive because it signals a pickup in economic activity that should extend the bull market for at least another couple of years. Under this assumption, my Hi-Tech Trader stock and option advisory service is situated where the hottest money wants to be — trading the leading technologies I noted above, with a special emphasis on 5G due to its rapid global rollout slated for the next three years.

Every stock recommendation is vetted with fundamental analysis and technical analysis, and validated by an Artificial-Intelligence-driven algorithm I utilize to determine buy and sell points. To date, Hi-Tech Trader is producing winning trades over 85% of the time while annualizing over 102% gains for the portfolio. That’s over five times what the S&P 500 has returned year-to-date, and we’re doing it with a concentrated portfolio of between 5-10 stocks at any given time. Go to Hi-Tech Trader by clicking here to see how trading tech stocks, and only tech stocks, can boost portfolio returns by a wide margin.

Exclusive  For the Love of Conversation
share on: FacebookTwitter