Proving again how fragile any European Union (EU) recovery will be, 18 weeks of gains were swept aside with one statement from the Italian prime minister who said he would not seek another term in office. Investors quickly felt the pinch, especially those who own Italian-based financials. Italy’s biggest bank, UniCredit SpA, fell 6.4%, sending the FTSE MIB Index down 3.5% for its biggest drop in a decade.  Mont’s announcement came soon after losing the support of his predecessor, Silvio Berlusconi, and his country’s ruling party. What this uncertainty means for the broader EU is yet to be seen.

Forecasts for drought in Brazil and Argentine were revised during the weekend due to rains that are sufficient enough to send corn prices to a three-week low. With an improving harvest outlook in Latin America, U.S. exports are expected to drop. Specifically, March-delivery corn dropped 0.6% to $7.33 a bushel on the Chicago Board of Trade at 12:09 p.m. Paris time. Prices reached $7.3225, the lowest level for the most-active contract since Nov. 19.

According to the New York Post, 2012 bonuses for Wall Street executives will be 16.5% less than last year — a 50% drop from 2006. That plunge seems like a big blow until you consider that this year’s bonus figure — $101,000 — still is about twice as large as the average American’s take home salary of $55,000. Smaller bonuses weren’t the only cutback this year, as Citigroup let 150 workers go last week, as well. 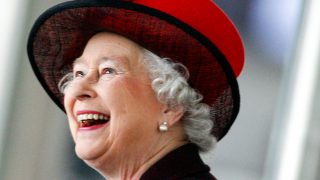