The Baron Investment Conference at New York’s Lincoln Center showcased three favorite stocks from the fund company’s team of research analysts who seek to recommend investment in publicly traded stocks that have strong long-term potential and superior management. Senior executives of two of those three favorite stocks companies gave presentations to an audience of more than 5,000 Baron Funds’ shareholders, while portfolio manager Mike Lippert spoke positively about the prospects for the third stock.

Canadian-based Brookfield Asset Management (NYSE:BAM) is an owner and operator of alternative assets that focus on real estate, renewable power, infrastructure and private equity. An investment in the stock is like buying “one huge call option” on the global economy rebounding into 2020, said Bryan Perry, who leads the Cash Machine advisory service, as well as the Quick Income Trader, Instant income Trader and Hi-Tech Trader services that engage in both stock and option trading. 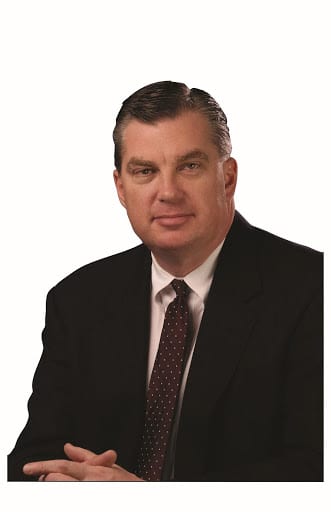 Why Brookfield Asset Management Is One of Three Favorite Stocks

Bruce Flatt, chief executive officer of Brookfield Asset Management, told attendees that he and his management team focus on investing in premier assets. For example, Brookfield invests in shopping malls but seeks only to buy the best ones.

Two Baron mutual funds, the Baron Partners Fund (1.2% of net assets) and the Baron Real Estate Fund (4.2% of net assets), own shares in Brookfield. Ron Baron, chief executive officer and chief investment officer at Baron Funds, interviewed Flatt to draw out additional information about the company at the annual Baron Investment Conference in New York on Oct. 25 before more than 5,000 investors. 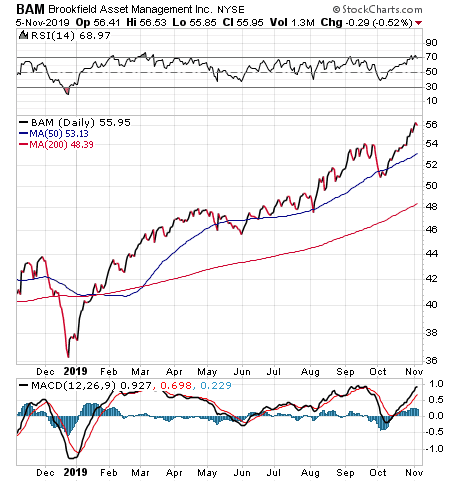 Brookfield Asset Management is “one of the best long-term investments” available today, said Bob Carlson, who leads the Retirement Watch advisory service. The stock could be undervalued because it is not widely understood as a top alternative asset manager, since many investors don’t understand such assets, he added.

With ownership in real estate, renewable energy and other hard assets, the Canadian company offers a great investment opportunity in infrastructure, Carlson said. Some investors are concerned about BAM’s substantial investments in real estate subsidiaries that are concentrated in malls, Carlson added, but those investments are of high quality and are likely to survive and thrive while “run-of-the mill malls suffer.”

“There’s also a lot of debt in the real estate subsidiaries, but the debt is backed by assets and shouldn’t come back to bite BAM, except perhaps in a severe economic downturn,” Carlson said. 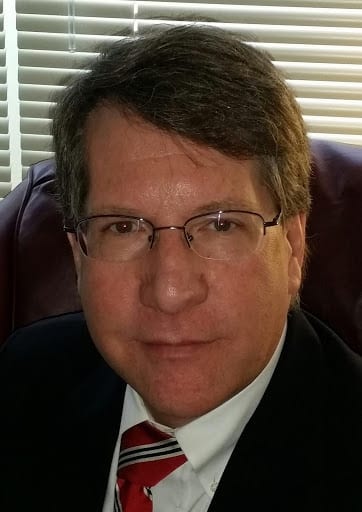 The Canadian company manages many of the properties owned by its subsidiaries and collects fees from them, Carlson continued. BAM also collects fees on private funds it organizes to invest in different hard assets, he added.

“These private investment funds are very popular among pension funds, endowments and wealthy investors,” Carlson said. “They should generate substantial, steady fee income to BAM for a considerable time in addition to profits when assets are sold.”

Hilary Kramer, whose 2-Day Trader service has notched 18 out of 21 profitable trades with an average return of 11.99 percent and a hold time of less than a day since its launch, said BAM’s management could help the stock by confidently offering guidance that its fourth-quarter 2019 results will improve from the same quarter of 2019. If that happens, Kramer said she would take a “close look” at the stock.

“BAM has had a tough year like most private equity firms, so everything depends on guidance now,” said Kramer, who also leads the GameChangers advisory service, which has booked 21 profitable trades among its last 25 transactions.

As far as private equity firms, Kramer said she most favors Carlyle Group LP (NASDAQ:CG) and Blackstone Group Inc. (NYSE:BX), which have a “structural tailwind,” thanks to their respective decisions to convert to a conventional corporate structure from a partnership. Carlyle Group produced a 4.86 percent trailing dividend yield for the past 12 months, while the comparable dividend yield for Blackstone Group during that time frame reached 3.69 percent.

“A lot of mutual funds were shut out of that structure and can finally invest in those companies now,” Kramer said.

In contrast, BAM always could be included in the investment portfolios of mutual funds, so the company will need an “extremely convincing outlook” to warrant investors’ attention going forward, said Kramer, who also leads the Turbo Trader, High Octane Trader and Inner Circle advisory services .

FactSet Ranks as One of Three Favorite Stocks at Baron Conference

FactSet Research Systems Inc. (NYSE:FDS), of Norwalk, Connecticut, offers analytics, as well as assorted services and technologies to deliver financial information to investment professionals. Rachel R. Stern, who serves as FactSet’s general counsel and its head of strategic resources, told attendees at the Baron Conference that the company has grown from operating in seven countries and serving roughly 25,000 users in 2001 to doing business in 24 nations for five times as many clients in 2019.

Almost 10,000 employees work for FactSet in more than 60 offices around the world. FactSet also has boosted its annual revenues for each of the last 39 years, Stern said.

FactSet further has increased its annual adjusted earnings per share (EPS) for each of the past 23 years. The company’s share price has almost grown 100 percent in the last five years and has soared more than 20 percent during the last 12 months, she added. In addition, FactSet’s trailing 12-month dividend yield reached 1.13 percent.

“No bond or stock manager can hardly live without the data that pours out weekly from FactSet,” Perry said. “The company is literally a fountain of information regarding earnings-related statistics and Fed forecasting of fiscal policy with concise commentary that is about as real time as possible.” 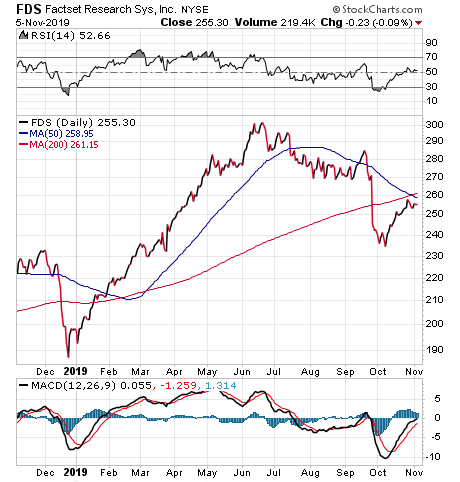 “CoStar is the Google of commercial real estate data bases, providing the most cutting-edge transaction information and target market research available anywhere in the industry that centers on U.S. commercial properties of all sizes,” Perry said. 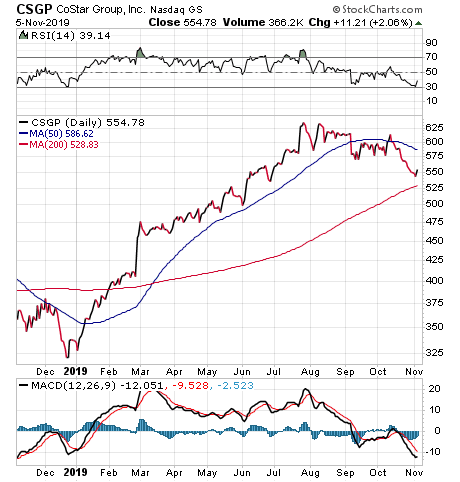 CoStar’s third-quarter 2019 revenue of $353 million grew 15 percent, compared to the same quarter of 2018. Its net income of $79 million increased 34 percent during the latest third quarter versus the comparable period last year.