Don’t Ignore the Best Clause in the U.S. Constitution 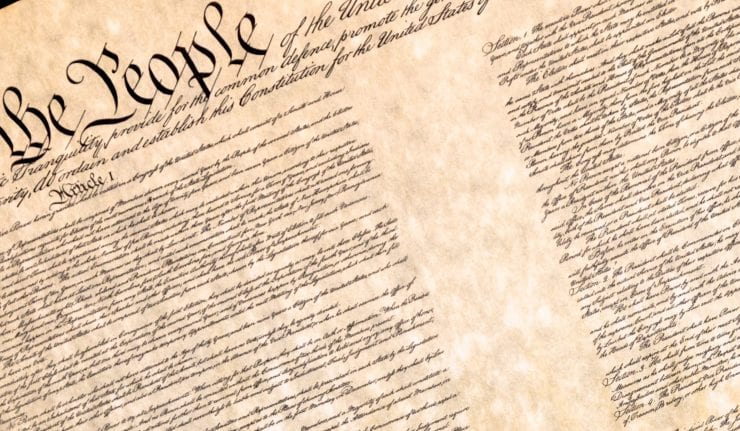 While on my cruise, I’m also reading the fifth volume of Murray Rothbard’s book “Conceived in Liberty,” which discusses the debates over the U.S. Constitution. Deftly edited by Professor Patrick Newman, the book is a fascinating read.

I certainly agree with Rothbard that the Constitution granted a great deal of new powers to the federal government and that the slavery clause was most unfortunate as it eventually required the bloody Civil War to resolve.

Nevertheless, there are a lot of checks and balances and they kept the United States from becoming a big government state until the 1930s! That’s not bad.

Here’s my biggest concern with the book. From what I can tell, Rothbard fails to mention the extremely important libertarian prohibition on the states’ ability to impose tariffs and quotas. In essence, this clause eventually created a gigantic “free-trade zone” in all 50 of the states. This is one reason why America has become a major economic behemoth.

“No State shall, without the Consent of the Congress, lay any Imposts or Duties on Imports or Exports, except what may be absolutely necessary for executing its inspection Laws: and the net Produce of all Duties and Imposts, laid by any State on Imports or Exports, shall be for the Use of the Treasury of the United States; and all such Laws shall be subject to the Revision and Control of the Congress.”

Rothbard spends considerable ink on various details of the Constitutional debates, and yet he leaves out this vital clause that made America great. Maybe it’s because it goes against Rothbard’s main thesis that the Constitution was a disaster and is not a radical document like the Declaration of Independence had been.

To read Rothbard’s new volume and the others, go here.