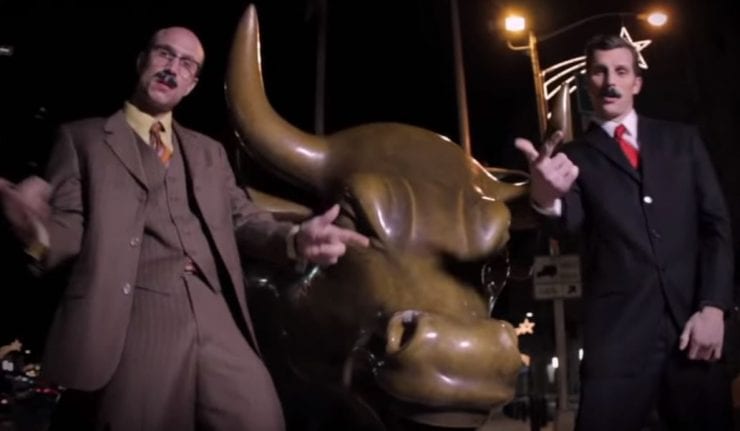 Free-market economists recently have come up with a creative way to reach college students and Millennials. Starting in 2010, they created the first rap song, “Fear the Boom and Bust: Keynes vs Hayek.” The video is the brainchild of John Papola, a pro-market film director who has won several awards at the Anthem film festival at www.freedomfest.com.

In 7 ½ minutes, he explained in simple jargon the differences between the two economists, John Maynard Keynes and Friedrich Hayek. In a way that both arguments sound convincing.

John Maynard Keynes was a British economist who was an early proponent of deficit spending, and F.A. Hayek was the Austrian economist who suggested low interest rates can make a boom but left low too long, it can turn to bust.

You can watch the video by clicking here.

So far, the Keynes vs Hayek rap video has generated 6.9 million views!

This year, Papola came up with a new rap video, “The March of History: Marx vs Mises.” The video defines the differences between the socialist and capitalist economic models. It is almost 11 minutes long, but so far has almost 1.8 million views. You can watch it by clicking here.

What’s great about these rap videos is that they introduce students, faculty and media to the Austrian school of Ludwig von Mises and F. A. Hayek. Everyone has heard of Marx and to some extent Keynes, but not Mises or Hayek. (Mises and Hayek often were ignored in textbooks and histories of economics.) They are not household names.

But by cleverly taking a balanced approach and giving both sides fair play, Mises and Hayek have become known and representative of the free market. And they do it in 11 minutes or less, not an hour or two-hour debate. It’s a brilliant “Trojan Horse” strategy that will appeal to young people especially.

Join me for the Orlando MoneyShow, February 6-8, 2020, at the Omni Orlando Resort at ChampionsGate. I will be speaking Thursday, Feb. 6, 9:30 a.m. about My Most Important Forecast & Strategy: When Will the Mother of All Bull Markets End? On Feb. 7, I will talk at 5:30 p.m. about The Best Offense Is a Good Defense: How to Beat the Market with My Five Favorite ‘War’ Stocks! Other investment experts who will be speaking include Carlson, Hilary Kramer and Bryan Perry. Register by clicking here or call 1-800-970-4355 and mention my priority code of 049278.