Is Dunkin’ Brands a Buy After a 10% Pullback from All-Time High in September? (NASDAQ:DNKN) 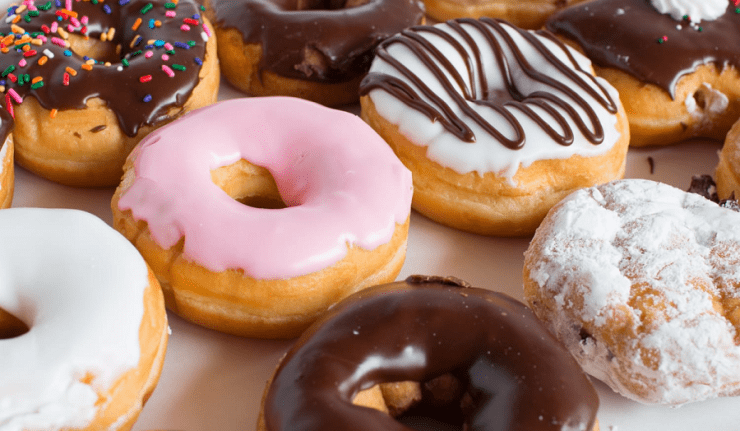 After nearly doubling over the past three years, the Dunkin’ Brands Group, Inc. (NASDAQ:DNKN) stock has pulled back and might be a potential pick for investors looking for balanced returns from asset appreciation and dividend income.

A 10% decline from its recent all-time might raise concerns for some investors. However, the the graph below reveals a recent pattern of similar pullbacks over the past two years.

Additionally, after all three previous drops, the share price recovered those losses almost as quickly as it dropped them. Also, the stock’s Relative Strength Index (RSI) is currently at 45 and has been as low as 39 in the trailing 30 days. This RSI level indicates that — far from being overbought — the stock is closer to the oversold level. Therefore, the RSI does not indicate a significant selloff in the near term.

Over the past four quarters, the company’s quarterly earnings have beat analysts’ expectations. On October 31, 2019, the company released the financial results for its third-quarter 2019, which ended on Sept. 28. In this report, Dunkin’ Brands revealed a 1.7% total revenue growth year-over-year to $356 million. Strong organic growth in the United States drove the overall revenue increase, despite weaker growth performance from international markets.

In light of these results, the company reiterated its full-year 2019 expectations.

“With one quarter remaining in 2019, we are reiterating our guidance for revenue and operating income growth,” said Kate Jaspon, Dunkin’ Brands Group’s Chief Financial Officer. “In addition to other updates to our 2019 targets, we are raising and tightening our guidance for earnings per share.”

Dunkin’ Brands began distributing dividends to its shareholders only in 2012. However, since 2012, the shareholders received a dividend payout boost every year. Over the past seven years, the company has enhanced its annual dividend distribution payout amount 150%. This advancement pace is equivalent to an average growth rate of 14% per year.

The company will pay the next round of its dividend distributions on the December 11, 2019, pay date to all shareholders of record as of Dec. 2. To claim the shareholder of records status and ensure eligibility to receive the dividend payout on the next payout date investors must claim stock ownership before the November 29, 2019, ex-dividend date.

While the company’s dividend rewarded shareholders with a slow but stable growth over several years, the share price advanced as well, but with significantly more volatility. In the second half of 2015, the share price lost nearly one third of its value and reached its five-year low below $38. However, the share price reversed direction, recovered all those losses by mid-2017 and has nearly doubled by late-November 2019.

Since the September peak, the share price has experienced a 10.6% decline to close on Nov. 22 at $74.89. While noticeably below the recent peak, the Nov. 22 closing price was still 4.7% higher than it was one year earlier, nearly 21% above the 52-week-low from December, as well as 55% higher than it was five years ago.

Founded in 1950 and headquartered in Canton, Massachusetts, the Dunkin’ Brands Group, Inc. develops, franchises and licenses quick service restaurants under the Dunkin’ Donuts and Baskin-Robbins brands worldwide. Currently, the company operates through the Dunkin’ Donuts U.S., Dunkin’ Donuts International, Baskin-Robbins U.S. and Baskin-Robbins International segments. In addition to the doughnuts coffee and ice cream, for which the two brands are known, the restaurants offer baked goods, breakfast sandwiches, shakes, malts, floats and cakes. In the third quarter of 2019, the company added 55 net new Dunkin’ locations in the United Sates and a combined total of 122 net new Dunkin’ and Baskin-Robbins locations globally. These additions raised Dunkin’ Brands’ total number of distribution points to approximately 21,000 locations in more than 60 countries worldwide – a 70% increase since the end of 2016.

previous article
Cannabis Corner: It Only Takes a Rumor
next article
Investors Betting Heavily On Earnings Rebound in First Half of 2020