The Global Guru: Is This the Top Investment Strategy of All Time?

The financial crash of 2008 shook much of the financial world, and many of its investment models, to their core. This includes the much-vaunted “Yale model” of endowment investing that still guides the investment strategies of the top universities in the world.

That changed in 2008, when the top university endowments plummeted by 25% to 30%. The combined losses for Harvard, Yale, Stanford and Princeton reached nearly $23 billion in the 12 months ending June 30, 2009.

The endowments rebounded sharply from the dark days of 2008 during the next two years. But once again, they had a rough time over the last 18 months or so. The Harvard endowment’s returns were flat through the fiscal year ending June 30, 2012. And the Yale and Stanford endowments rose only 4.7% and 1%, respectively, during the same period. And embarrassingly, all of them trailed the U.S. S&P 500 by a large margin.

The poor performance of emerging markets, private equity and timber — exactly those alternative asset classes that had historically allowed them to outperform the U.S. stock market over long periods — dragged down the endowments’ recent investment returns. Yet with these alternative asset classes rebounding strongly in recent months, top university endowments are once again well on their way to generating S&P 500-beating returns.

And with exchange-traded funds (ETFs) that allow you to invest in these same asset classes, you can mimic the endowments’ strategy in your own investment portfolio. I have done the same for my clients at my investment firm Global Guru Capital.

Top university endowments owe their success to the efforts of a single man, Yale’s David Swensen. As the Yale endowment’s chief investment officer for two decades, David Swensen has earned a reputation as the “Babe Ruth” of the endowment investment world.

After taking over the Yale endowment in the mid 1980s, Swensen had boasted 15.6% average annual returns through 2007 and no down years going back to 1987.

So, how did Swensen single-handedly change the rules of institutional investing?

In 1985, around the time Swensen took over, more than 80% of Yale’s endowment was invested in domestic stocks and bonds. But Swensen, an economics PhD, observed that no asset allocation model ever actually recommended that allocation. As long as their correlation with U.S. stocks and bonds was low, adding unconventional assets to your portfolio would both reduce your risk and increase your return. This led Yale to emphasize private equity and venture capital, real estate, hedge funds that offer long/short or absolute return strategies, raw materials and even more esoteric investments such as storage tanks, timber forests and farmland.

Until the fall of 2008, this approach worked almost like magic…

The “Yale Model”: Still Tops over the Long Term

The poor performance of the Yale endowment during the crash of 2008 put Swensen on the defensive. Critics argued that during the meltdown, a traditional portfolio of 60% stocks and 40% bonds would have lost only 13% of its value, rather than the 25% losses that the diversified portfolios of Harvard, Yale and Stanford suffered.

But as Yale’s President Richard Levin pointed out in Newsweek magazine, that argument is astonishingly shortsighted. During the past 10 years through 2009, including the crash, Yale’s endowment managed average annual returns of 11.7%, allowing its endowment to reach $16 billion. That put Yale ahead of the top-performing U.S. mutual fund of the decade. A 60/40 portfolio over the same period would have earned 2.1%, resulting in an endowment of only $4.4 billion. Put another way, Swensen’s strategy had earned Yale an extra $11.6 billion over 10 years. That indirectly made Swensen one of the world’s largest philanthropists, on par with Warren Buffett and Bill Gates.

Throughout the crisis, Swensen remained adamant about the viability of the endowment model over the long run. Swensen knew that the single worst thing that you can do after a market crash is to avoid risky assets. Yale had suffered from poor decisions on asset allocations in its past — one that had put Harvard-level wealth out of its reach forever.

You see, at the time of the market crash in 1929, the endowments of Harvard and Yale were roughly the same size. But Yale’s trustees got spooked and invested heavily in “safe” bonds for the next five decades, while Harvard tilted more toward stocks. The result? During the next 50 years, in relative terms, Yale’s endowment shrunk to half the size of Harvard’s.

Yes, You Can Replicate Harvard’s Success…

In 2005, Swensen published a book,”Unconventional Success: A Fundamental Approach to Personal Investment,” explaining how you can apply Yale’s investment approach to your own portfolio. In the book, Swensen recommends that you try to replicate Yale’s asset allocation strategy with a portfolio of low-fee index funds. If he were writing the book today, Swensen would surely recommend ETFs.

To put this performance in perspective, the “Ivy Plus” Investment Program has outperformed some of the top hedge funds not only this year, but most years since 2008. And it has done so by simply sticking to a straightforward, highly diversified-style asset allocation strategy.

NOTE: Global Guru Capital is a Securities and Exchange Commission-registered investment adviser and is not affiliated with Eagle Publishing.

Don’t be intimidated by supposed investment prowess of the geniuses like David Swensen who run the Harvard and Yale university endowments. Once you look under the hood, it’s a relatively straightforward strategy of diversifying beyond a standard U.S. stock and bond portfolio into a broader range of asset classes like timber, private equity, real estate and global stocks and bonds through ETFs. That is the “secret” behind replicating Harvard’s investment success.

And with a little research and dedication, there is no reason you can’t achieve the same investment results. 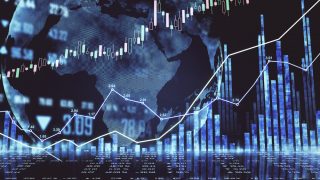 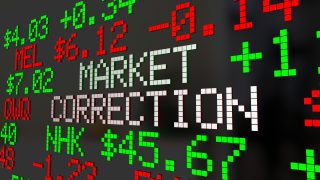