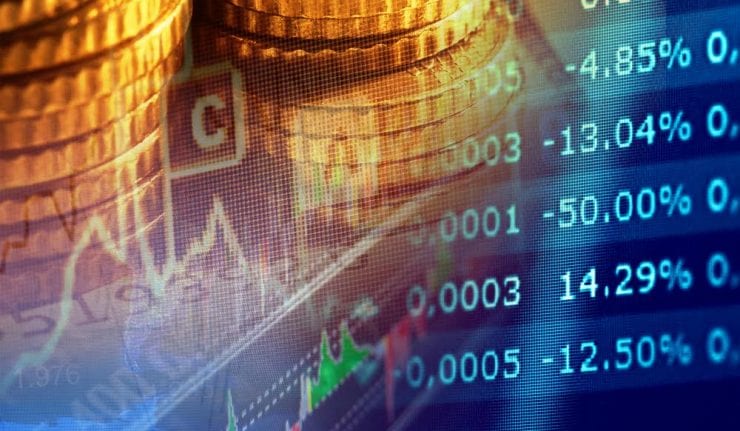 If you think Wall Street’s newest and most dynamic stocks have had a bad year, I forgive you.

For every Uber Technologies Inc. (NYSE:UBER) that forced pre-IPO (initial public offering) investors to write down their holdings, there has been a winner making money behind the headlines. After 148 public offerings over the last 49 weeks, we now can start summing up what 2019 really says about the state of the deal market, and it’s pretty good.

The average stock that went public so far this year has climbed 15 percent from its debut. Granted, there’s a fair amount of junk clogging the pipeline, but that’s how it always goes. Venture capitalists like to dump dead money as well as companies that truly are ready for prime time.

Just look at the recriminations surrounding WeWork’s failed $20 billion offering for an example of a deal that Wall Street cannot swallow. In that light, every investor needs to be extremely selective at this end of the market.

The gap between winners and losers is staggering. That’s why I’m holding an IPO Fortunes Summit on Tuesday, Dec. 10. Click here to reserve your seat.

Close to half of all deals this year have “broken.” The stocks are trading well below the price their elite underwriters and investment banks said they were worth.

The others have made it all worthwhile. Pick the right names and you could have doubled, tripled or, in the case of Karuna Therapeutics Inc. (NASDAQ:KRTX), quadrupled your money in the first year.

The IPO boom never really ends. These are the companies that are moving fast enough that sometimes it feels like they’re creating wealth from thin air.

Karuna was a sleeper between its June 28 debut and Nov. 18, when it stunned the world with the revelation that its new schizophrenia drug had “impressive and encouraging” effects on patients who would otherwise be almost impossible to treat.

Under the right conditions, this can become an $8 billion blockbuster. Even now, Karuna isn’t even a $2 billion company, so you see that when the opportunity is real, the gains can run for a long time.

No Unicorns Here, Only Show Ponies

I talked about Karuna’s windfall and mentioned a few of my other post-IPO biotech favorites in a recent episode of Millionaire Makers. (Listen to the episode.) You’ll be hearing a lot more about them in the future.

Here, however, I simply want to paint the big picture. People will always obsess over deals like Uber and WeWork because hubris is one of the foundations of drama.

When early-stage investors and entrepreneurs succeed in the face of tough odds, we cheer. But when they selfishly keep so much of the gains for themselves that nothing is left after the IPO, their downfall feels appropriate.

A lot of the IPOs that investors have dreamed about for years have suffered from this. Management keeps putting off the deal and reaching for one more round of easy venture capital instead, inflating the value of the company to levels no public company can support.

Then when company leaders finally run out of venture capital and hit Wall Street for funding, it’s truly an exit. They’ve made their money and happily will sell us their stock. No amount of investment bank finesse can save that deal.

These are the IPOs I prefer to avoid. I stick to deals with long growth ramps left ahead of them, where investors who buy after the offering can share the good times instead of simply chasing the past.

That’s how people can double or quadruple their money in a single year, even when they buy in after the IPO, years after the venture capitalists have had their fun. These companies have bright futures. The past, no matter how exciting, is only prologue.

The winners of 2019 so far aren’t necessarily sexy. They aren’t the companies Wall Street waited years to see. Other than Beyond Meat Inc. (NASDAQ:BYND) and maybe Karuna, I doubt many investors have even heard the names.

Biotech deals are hot, though. If you bought every health care IPO this year, you’d be up a healthy 24 percent with plenty of potential for more in 2020.

Factor out a few of the obvious busts like SmileDirectClub Inc. (NASDAQ:SDC) and collateral damage from Sundial Growers Inc. (NASDAQ:SNDL), which waited too long and missed the cannabis boom, and you would have done even better.

You know I love biotech for its limited potential. When these companies go public, they aren’t already $45 billion giants with their best days behind them. They’re still an interesting idea and enough data to support an investment case.

Even if Uber and WeWork poison the IPO mood in other sectors, we’ll always have a steady stream of new biotech names to ponder. That’s a good thing, because companies like Karuna tend to get acquired the minute Big Pharma realizes they can capture years of hard work simply by writing a check.

We’re talking about a few of the best prospects next week at the IPO Fortunes Summit. Click here to reserve your seat.

Join me for the Orlando MoneyShow, February 6-8, 2020, at the Omni Orlando Resort at ChampionsGate. I will be speaking Friday, Feb. 7, 3:00 p.m. about The Stealth Value Investor: Ten Amazing Dividend Yield Plays Flying Under the Radar. On Saturday, Feb. 8, I will talk at 5:15 a.m. about Identifying the Real Future GameChanger Stocks: Ten Companies Positioned to Double – Even if the Bears Take Over Wall Street. Other investment experts who will be speaking include retirement and estate planning specialist Bob Carlson, income and options expert Bryan Perry and world-traveling, free-market economist Mark Skousen, who leads the Forecasts & Strategies newsletter. Register by clicking here or call 1-800-970-4355 and mention my priority code of 049252.

previous article
3 Home Improvement Stocks to Reinforce Portfolio Value
next article
Cannabis Corner: When Do These Stocks Get ‘Cheap?’