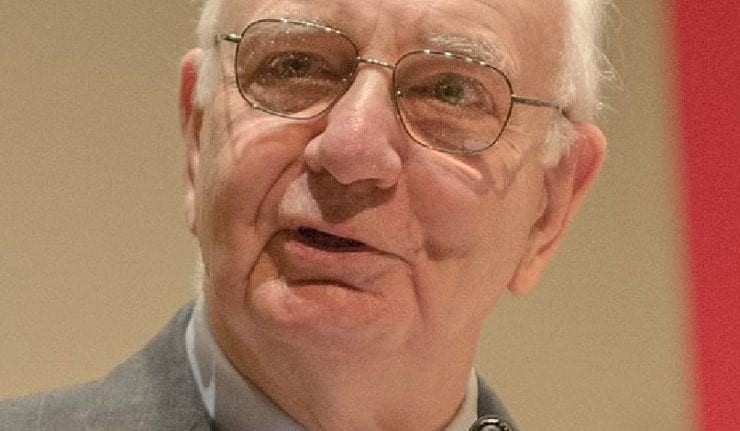 Have you heard the one about the pyromaniac firefighter?

He’s the person who, by his own hand, ignites an inferno so that he can come to the rescue and boldly conquer the conflagration.

This analogy seems appropriate this week, as the world received word of the death of former Federal Reserve Chairman Paul Volcker. A giant of a man, both literally and in the banking world, Volcker stood some 6’ 7” and was a physically imposing figure. As head of the U.S. central bank from 1979 to 1987, Volcker implemented his top-down edicts on monetary policy in an equally imposing manner. 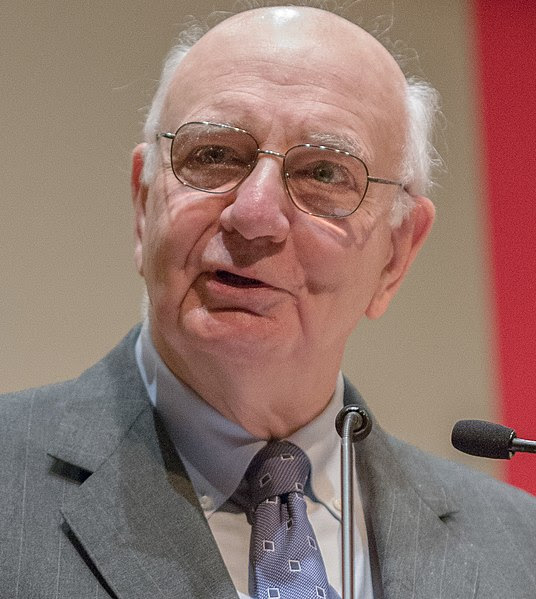 Interestingly, what is so often the case with those in political power, and in this case those with the power to control the cost of capital, Volcker’s passing brought out the usual doting remembrances. And while I can certainly understand wanting to fondly remember a seminal figure in American society, I also think it’s important to call out that figure’s destructive legacy.

In a brilliant article at the American Institute for Economic Research (AIER) website, economist and thinker extraordinaire Richard M. Salsman puts the Volcker legacy in what I think is its proper perspective. In the article, “Paul Volcker: Foe of the Gold Standard, Fan of Fiscal Profligacy,” Salsman begins by citing what he calls the “the usual but undeserved encomiums from media outlets.”

Comments by pundits extolling Volcker as “the savior our economy needed,” and as someone who “made quick use of the Fed’s toolbox, elevating the Fed to its modern-day reputation as the first responder to economic crises” in an effort to combat inflation, are pointed out by Salsman as just the kind of wrongheaded thinking about the Fed that we all need to check our premises on.

Here’s how Salsman phrases it: “The naïve imagery of Volcker or the Fed as fixers with a ‘toolbox’ has been common among Fed apologists for decades. Yet the facts show that the Fed particularly and central bankers generally have instigated many of these troubles.”

And here is where the pyromaniac firefighter analogy comes in.

You see, as Salsman points out, “It is now long forgotten by most monetary economists and biographers that for five years (1969-1974) Volcker was undersecretary for monetary affairs at the U.S. Treasury and in 1971, after just two years on the job, joined Milton Friedman and others in pushing President Nixon to jettison the gold-exchange standard… The subsequent decade saw wildly fluctuating exchange rates, double-digit inflation, a dollar crisis, and economic stagnation. Not coincidentally, post-war U.S. productivity gains began diminishing in the 1970s and have never fully revived. Few economists today will attribute it to our inferior monetary regime.”

Pause on that observation for a moment.

Volcker, along with Milton Friedman (yes, the same Friedman who in other contexts was a brilliant voice of freedom and reason), were in part responsible for President Nixon taking America off the gold standard. Hence, starting what soon would become the ensuing massive monetary wildfire. And when the move from sound money to unsound money resulted in the printing of excess currency and its corollary consequent, explosive inflation, firefighter Volcker came in to douse the flames, which also happened to extinguish much of the country’s economy.

As Salsman writes, “Mr. Volcker has long been portrayed as slayer of some inflation dragon, when in fact he unleashed it; thereafter, in his first few years as Fed chairman (1979-1982), he put the Fed funds rate above 20%, forcing the U.S. economy to suffer two brutal recessions.”

Now, in this publication, I like to drill down to the philosophic principles at work that result in the actions people and societies take. In the Volcker case, his economic philosophy clearly motivated his behavior. As Salsman puts it: “Duly trained as a Keynesian, Volcker thought prosperity caused inflation, so he tried to kill the former.”

Indeed, that is precisely what Volcker did — and that destructive legacy still permeates society today.

But don’t take it from me. I’ll let the facts speak for themselves on this adjudication of Volcker’s legacy. Once again, as Salsman reminds us:

“By helping to cut the dollar’s tether to gold, Volcker helped Washington’s politicians engage in perpetual fiscal profligacy, which he complained about without ever citing the source of the problem. Since 1971 in the U.S., compounded, annual rates of change in federal debt, money supply (M-1), and the Consumer Price Index have been 8.6%, 6.1%, and 3.9%, respectively, while real GDP and the Industrial Production Index have grown by merely 2.8% and 2.2% p.a. In contrast, under the Bretton Woods gold-exchange standard (1948-1971), when the dollar was defined and fixed at 1/35th an ounce of gold, real GDP and the Industrial Production Index grew robustly (by 3.9% and 4.2% p.a.) while federal debt, money supply, and Consumer Price Index increased by only 2.1%, 3.1%, and 2.2% p.a.”

As piano man Billy Joel might put it, “We didn’t start the fire.”

No, that fire was started by Mr. Volcker and like-minded Keynesians, and any efforts to extinguish the runaway flames should be viewed as anything but messianic.

The Least Popular Man in a Room Full of Politicians

Get a bunch of politicians together and they’ll disagree on almost everything. Yet the one thing they’ll all agree on is the desire to keep their jobs.

His name is Nick Tomboulides, the Executive Director of U.S. Term Limits, a Washington-based group that advocates for term limits at all levels of government. 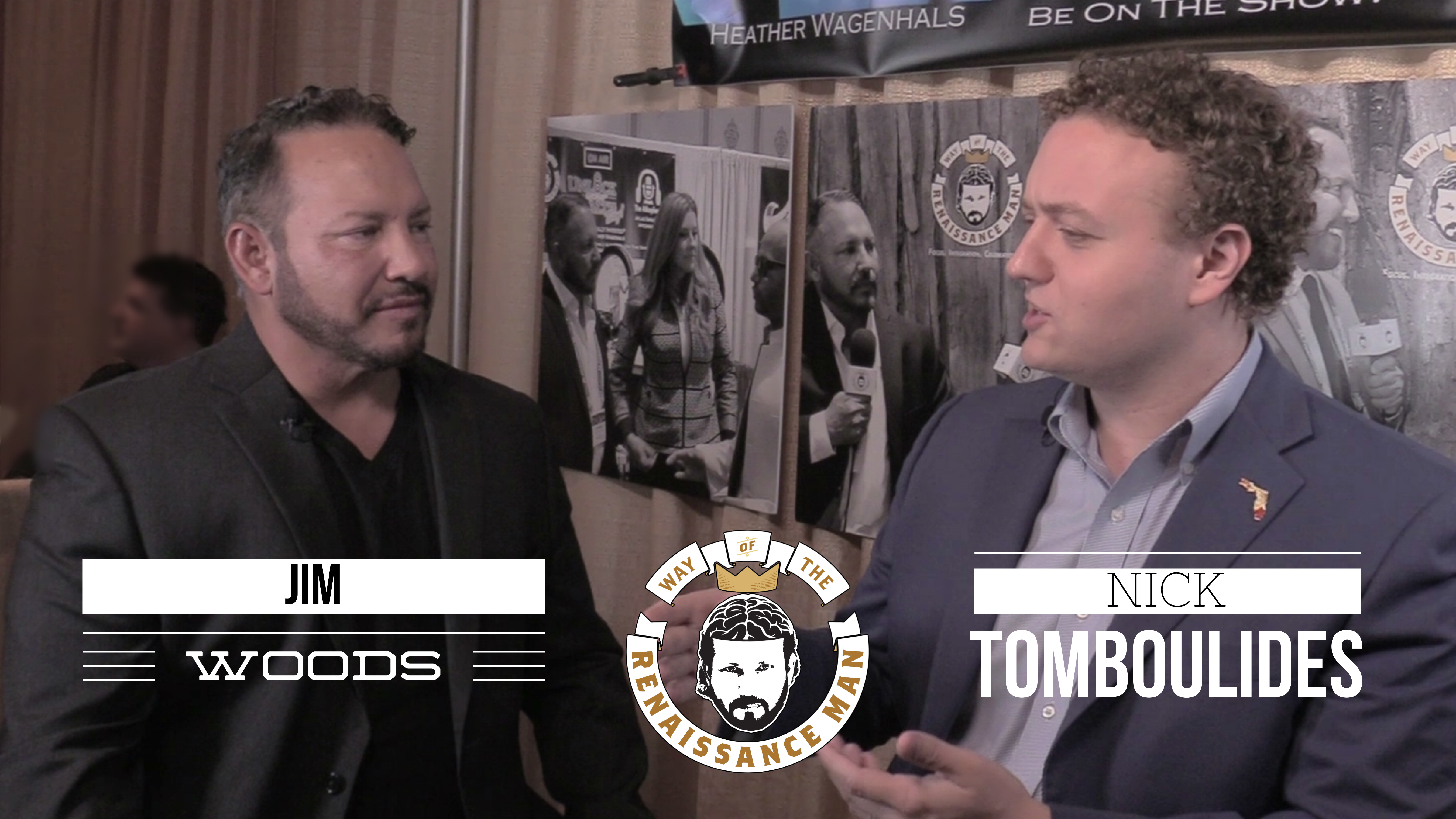 “Sound money and free banking are not impossible; they are merely illegal. Freedom of money and freedom of banking… are the principles that must guide our steps.”

As the first PhD student in the United States of the great Austrian economist Ludwig von Mises, Hans Sennholz carried the torch of sound money and liberty that Mises so brilliantly set ablaze. In this quote, Sennholz reminds us that it is government that makes monetary freedom impossible via legal barriers. If freedom were allowed to flourish, so too would money and banking.