5 Large-Cap Stocks That Doubled Shareholder Investments in One Year 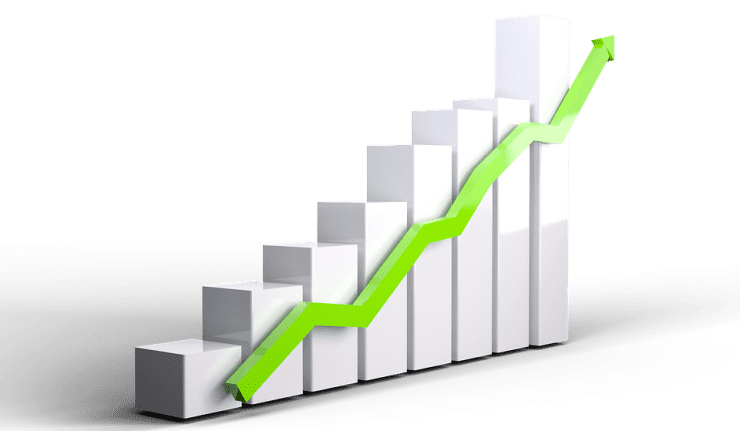 Investors looking for equities with strong capital gains should consider one of the five large-cap stocks that have more than doubled their shareholders’ investment over just the trailing 12-month period.

Without any significant dividend distribution payouts from these five equities, almost all the gains from the stocks in question stemmed from capital gains. With individual gains ranging from 101.1% to 120.5%, these five companies have delivered a 108% weighted average gain over the trailing 12-month period. The average gain over the past three years is nearly 400% and in excess of 640% over the trailing five-year period.

In ascending order by their respective one-year return, here are the five large-cap stocks that doubled their shareholders’ investments in one year.

5 Large-Cap Stocks That Doubled Their Shareholders Investment in One Year: #5

Like many companies in the Technology sector, RingCentral funnels a significant portion of its earnings back into product research and development (R&D). Because of this R&D focus, the company does not pay any dividend distributions.

However, the company has substituted the lack of dividend income payouts with an extraordinary asset appreciation. Even without a dividend income to boost its total returns, the company managed to double its share price over the last year. After a brief 15% pullback at the beginning of the trailing 12-month period, the share price reached its 52-week low of $70.41 on December 24, 2018, before resuming its long-term uptrend.

5 Large-Cap Stocks That Doubled Their Shareholders Investment in One Year: #4

Based in Vancouver, Canada and founded in 1998, lululemon athletica, Inc. designs, distributes and retails athletic apparel and accessories through two business segments, Company-Operated Stores and Direct to Consumer. As of October 2019, the company operated 460 stores under the lululemon and ivivva brands in the United States, Canada, Australia, the United Kingdom, New Zealand, China, Singapore, France, Japan, Ireland, Sweden, South Korea, Germany and Switzerland.

Like most equities on this list, the company does not distribute dividends and relies solely on its asset appreciation to double its shareholders’ investments over the trailing one-year period. The share price began the trailing 12-months by going in the wrong direction. As a consequence of the overall market correction in the last quarter of 2018, the share price began the most recent one-year period marginally above the 52-week low of $13.26, which it hit on December 24, 2018.

However, after reversing direction and resuming its long-term uptrend, the share price advanced 104% before closing on December 9, 2019 at its new all-time high of $230.88. In addition to doubling in the last year, the share price has delivered gains of 233% over the past three years and has advanced more than 330% over the last five years.

5 Large-Cap Stocks That Doubled Their Shareholders Investment in One Year: #3

The share price entered the trailing 12-month period on the tail end of a 31% fourth-quarter 2018 drop that was driven by downward pressure from the overall market correction. However, after bottoming out at $111.54 on December 24, 2018, the share price turned around and ascended more than 150% towards its $279.66 all-time high at the end of November 2018.

Following a pullback of less than 4%, the share price closed on December 9, 2019, at $268.80. In addition to being 104% higher than it was one year earlier, the Dec. 9 closing price was also 141% above the 52-week low from late December 2018. The stock’s one-year asset appreciation was just an extension of the long-term capital gains. Over the last three years, the share price has increased more than 470% and has increased nearly 900% over the last five years.

5 Large-Cap Stocks That Doubled Their Shareholders Investment in One Year: #2

Headquartered in Beijing, the People’s Republic of China, and founded in 1993, New Oriental Education & Technology Group Inc. provides private educational services through its Language Training & Test Preparation Courses and Other segments. The company offers test preparation courses, after-school tutoring courses for middle and high school students, language training courses for English and other foreign languages in China under the New Oriental brand name. As of mid-2019, the company operates a network of 95 schools, 15 bookstores and almost 1,200 learning centers.

In addition to its massive asset appreciation, the New Oriental company also paid dividends in 2012, 2013, 2015 and 2017. While the dividend distributions did not contribute to the total returns over the trailing 12-month period, the share price advancement has more than doubled shareholders’ investments by itself over the last year.

5 Large-Cap Stocks That Doubled Their Shareholders Investment in One Year: #1

Headquartered in Acton, Massachusetts and founded in 2000, the Insulet Corporation develops, manufactures and sells insulin delivery systems primarily through independent distributors and pharmacy channels, as well as directly in the United States, Canada, Europe and Israel. The company’s Omnipod System consists of the self-adhesive disposable tubeless Omnipod device (the Pod), which delivers insulin into the body, and the Personal Diabetes Manager — a handheld wireless device that programs the Pod.

As a growing company with high research and development expenditures, the Insulet Corporation does not offer its shareholders any dividend income payouts at this time. Instead, the company rewards its shareholders with steady capital gains. After a 30% decline in the fourth quarter of 2018, the share price hit its 52-week low of $72.44 on January 3, 2019. However, after bottoming out on the second trading day of the year and jumping back on its previous uptrend, the share price gained 156% before hitting its new all-time high of $186 in late November 2019.