Jobs and the Economy Trump Impeachment 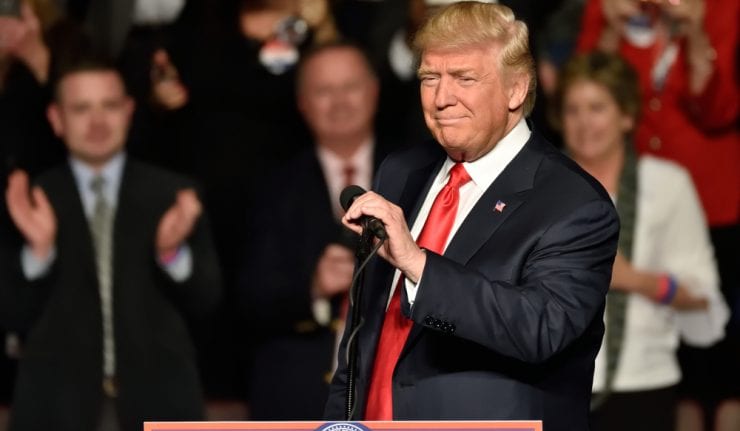 “Government is sick — and just at a time when we need a strong, healthy, and vigorous government.”

Yesterday, I was in Washington, D.C., for meetings with my publisher and to witness the Democrats’ highly partisan impeachment of President Trump on the flimsiest of grounds.

Abuse of power? What president hasn’t abused his power in recent memory? Why didn’t they impeach President George W. Bush when the United States invaded Iraq on false pretenses, resulting in the loss of blood and treasure?

Wall Street shrugged on the impeachment news. Stocks are up by 30% this year because the rash action by the opposition had no chance of conviction in the Senate. Who would want to end the expanding economy, the jobs boom and the bull market on Wall Street? 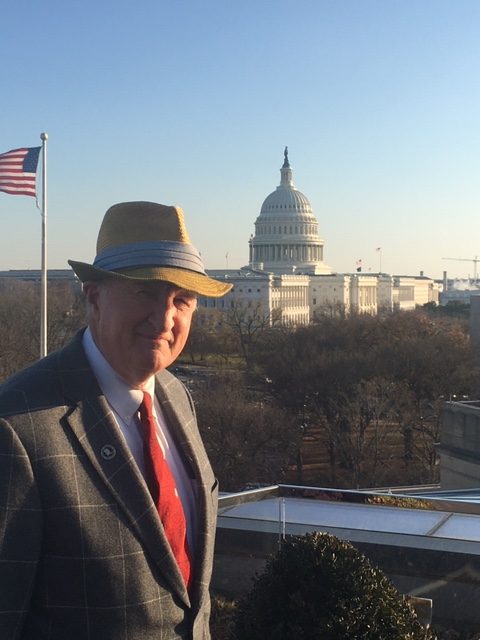 Your editor on Capitol Hill. No reason to smile. Credit: Roger Michalski

Impeachment of a president should always be bipartisan. The Republicans started the idea of one-party action to remove a president from office when they impeached President Bill Clinton in 1997. Fortunately, the Senate refused to convict.

Now, the Democrats are committing the same mistake by impeaching President Donald Trump. The results will be the same: the electorate, not the Democrats, will decide if he remains in office in November.

Ronald Reagan’s election in 1980 and Donald Trump’s victory in 2016 were largely due to a backlash against big government and its bureaucracy imposing too many taxes, rules and regulations, stifling a robust economy.

While in the Death Star (as we call Washington, D.C.), I attended the Wednesday meeting, a private gathering of influential conservatives and libertarian political groups led by Grover Norquist, president of Americans for Tax Reform (www.atr.org).

I was there to invite everyone to FreedomFest 2020 in July. Quite a few insiders there said they had been to “the world’s largest gathering of free minds.” Grover said it’s “THE freedom conference for adults,” and encouraged everyone to sign up (www.freedomfest.com) and take advantage of the early bird discount. Nearly 500 people already have!

After my presentation, a spokesman for the Libertarian Party talked about the new labor law passed by Sacramento Democrats to require Uber drivers to be treated as full-time employees rather than independent contractors. But the new law also forced colleges and universities to discontinue using part-time adjuncts, as well as publishers and newspapers to stop commissioning freelance writers. Thousands of adjunct teachers and freelance writers have lost their jobs in the past month or two.

Uber is spending over $150 million to fight this nonsense and hoping to get a referendum on the California ballot to overturn the law. I hope they succeed.

Last year, Texas was so fed up with excessive regulations that they abolished all the detailed rules regulating the plumbing business in the state and replaced it with general guidelines only.

Join me for the Orlando MoneyShow, February 6-8, 2020, at the Omni Orlando Resort at ChampionsGate. I will be speaking Thursday, Feb. 6, 9:30 a.m. about My Most Important Forecast & Strategy: When Will the Mother of All Bull Markets End? On Feb. 7, I will talk at 5:30 p.m. about The Best Offense Is a Good Defense: How to Beat the Market with My Five Favorite ‘War’ Stocks! Other investment experts who will be speaking include Bob Carlson, Hilary Kramer and Bryan Perry. Register by clicking here or call 1-800-970-4355 and mention my priority code of 049278.

Invitation to our ‘Gods & Empires’ Cruise from Athens to Rome!

The holidays offer a perfect time to plan to join us for our next luxury “Gods and Empires” cruise, September 20-27, 2020, aboard the five-star Crystal Symphony through some of the most historic areas in the world, from Athens to Rome.

As we sail, we’ll discuss the global economy, investment opportunities and strategies to build wealth and produce safe, steady income… plus, learn the lessons of history in the ancient world of Greece and Rome from John Prevas, one of the world’s foremost historians, who will speak about his book, “Power, Ambition Glory: The Stunning Parallels between Great Leaders of the Ancient World and Today,” co-authored with Steve Forbes.

I’ll be speaking on “Applying Aristotle’s Golden Mean to Your Investment Strategy,” and my wife Jo Ann will give her famous talk on the “Greek and Roman Myths” as well as “Oh, Say, What is Justice? A Survey of the Ancient Philosophers.” Last, but not least, Jeff Verdon, one of the country’s foremost tax and estate planning experts, will discuss “Secrets of the Uber Rich for the Rest of Us.” Not to be missed!

Join us for this intimate cruise to the cradle of Western civilization. Please visit our website for all the details on the itinerary, packages, experiences and more. Or call 1-844-225-5838. We look forward to having you join us and a small group of friends on this unforgettable journey!

On our way to our new home in California, my wife and I drove through Palm Springs and we were astonished by the overwhelming growth of the windmills now operating there. This is crazy. What happened? 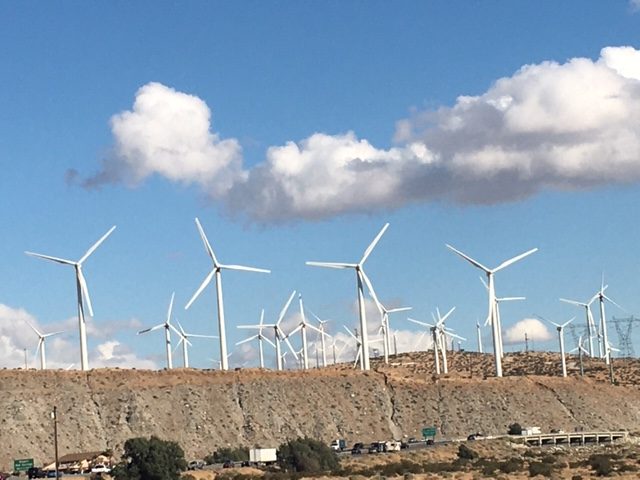 The Los Angeles Times recently reported, “Supporters say wind power has come of age and will help slow global warming, while critics contend that it only has delivered a quarter of its promised energy, proved lethal to wildlife and, in the view of many residents, blighted the landscape.”

According to the Audubon Society, wind turbines kill an estimated 140,000 to 328,000 birds each year in North America — including pelicans and bald eagles — making it the most threatening form of green energy. And yet, it’s also one of the most rapidly expanding energy industries: more than 49,000 individual wind turbines now in existence across 39 states. The surge in the use of wind turbines is largely due to tax credits and subsidies.

When is this madness going to stop?

previous article
The Best Stories of 2019, Part I
next article
3 Large-Cap Technology Stocks to Take Advantage of the 5G Boom