Housing investors should look at companies that sell homes in California, Arizona and Nevada for leaders in this sector’s recovery. That’s what real estate market analysts at online research firm Zillow wrote in a report recently released. According to Stan Humphries, Zillow’s lead economist, investors are purchasing distressed and non-distressed homes in these areas and flipping them into rentals. This strategy keeps the inventory of available homes very low and subsequently drives prices up. The best markets for home buyers exist in Chicago, Cleveland and Philadelphia.

Bernanke: Stimulus to Continue Until Unemployment Reined In (Bloomberg)

U.S. Federal Reserve Chairman Ben Bernanke announced yesterday that there would be changes to the way the Fed combats joblessness. Specifically, Bernanke said that interest rates would be maintained at current levels through continued government stimulus until unemployment reached the 5.2%-to-6.0% range. International markets met this news with a global shoulder shrug: England’s FTSE 100, France’s cAC 40 and the German Dax remained slightly lower — as did Hong Kong’s Heng Sang and Shanghai’s Composite indexes. The markets in Japan, Taiwan and Korea finished the day up slightly.

Google Winning Shell Game to the Tune of $10 Billion (Bloomberg)

Google (GOOG) came squarely into the crosshairs of global taxing authorities when it revealed that it dodged approximately $2 billion in corporate taxes in 2011. This crafty, yet completely legal maneuver was accomplished by funneling $9.8 billion in revenue into shell entities set up in Bermuda — a country without corporate tax requirements.  Some of the world’s foremost tax authorities in the United States, England, France, Italy and Australia are working on a way to tax that revenue. In the meantime, the European Union is working on a blacklist of tax-havens — countries to be the target of anti-abuse laws — should it be needed in the future to collect taxes on companies using the same strategy as Google.

Exclusive  The New Bull Market in Gold - What is It Predicting?
share on: FacebookTwitter

Welcome to PowerTalk, where we talk with CEOs, COOs and other key business people at public and private companies as well as other subject matter experts. This week we’re talking with Smith & Wesson President and CEO James Debney, who is leading the company to impressive new growth. Smith & Wesson is in the perfect position to profit from my Safety and Security PowerTrend. In the interview we cover: 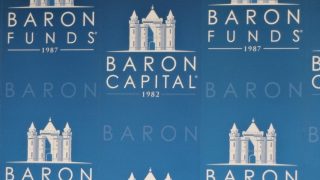 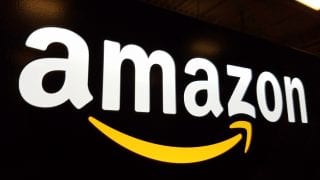