The Hidden Positive in the Fed’s Emergency Cut

By now, everyone knows that the Federal Reserve sprang into action on Tuesday with an emergency rate cut of 50 basis points on the federal funds rate. The move by the U.S. central bank was the first such inter-meeting cut since the 2008 financial crisis, and the reason that was cited for the action was the fear that the coronavirus epidemic has markedly increased the risk of a recession for the U.S. and global economies.

According to Federal Reserve Chairman Jerome Powell’s statement during his surprise press conference, “The virus and measures being taken to contain it will weigh on economic activity here and abroad for some time.” The Fed’s actions have told me that policy makers are trying to do what they can to prepare for what could be a whole lot of distress in the global economy during the months ahead.

Yet, the question that I’ve received from many readers, friends, family members and colleagues is: Will the Fed cut really stop the market bleeding, and will it be a positive for the economy?

Given that, as of 1 p.m. EST today, the Dow was up about 800 points, or more than 3%, you might think the answer to the first part of that question would be “yes.” However, that’s not the case. We know that, because on Tuesday, the market plunged nearly 800 Dow points despite the Fed’s move.

The more likely cause of today’s big gains is the much-better-than-expected showing by Vice President Biden in the Super Tuesday states last night. Markets are now pricing in the reduced possibility of a Bernie Sanders presidency, and a Sanders administration is something the markets definitely do not want. Keep in mind, however, that the race for the Democratic nomination is far from over, and it will likely be in flux for many more months. Therefore, look for politics to continue influencing this market.

So, if the answer to the first part of our question is “no,” then does that mean the Fed’s emergency cut won’t be a positive for the markets and the economy? Not necessarily.

To dig into this situation a little deeper, I consulted with my friend, fellow Successful Investing and Intelligence Report contributor and macro-analyst extraordinaire Tom Essaye of Sevens Report Research.

As Tom told me when I asked his opinion about the Fed’s move and its likely effects, “Liquidity is not a problem in this economy, rates are already unbelievably low and a 50-basis-point cut won’t cure one case of coronavirus.”

Yet, as he is so good at doing, Tom was able to put the Fed’s emergency rate cut into the proper historical context. And, it is in this historical context that we can see that the Fed’s move yesterday may indeed be a very big positive for markets and the economy going forward.

As Tom told me, “History tells us an emergency rate cut won’t help markets, but there’s an important exception here. There have been eight inter-meeting, surprise rate cuts since 1994, including yesterday’s cut. Of those cuts, five saw the S&P 500 decidedly negative over the next year, by an average margin of an 18% decline. The one big exception was 1998, where the Fed executed a surprise cut to help the economy and, after a few weeks of volatility, the stock market rallied hard. Over the next year, the S&P 500 returned more than 19% and rallied nearly 45% at the peak.” 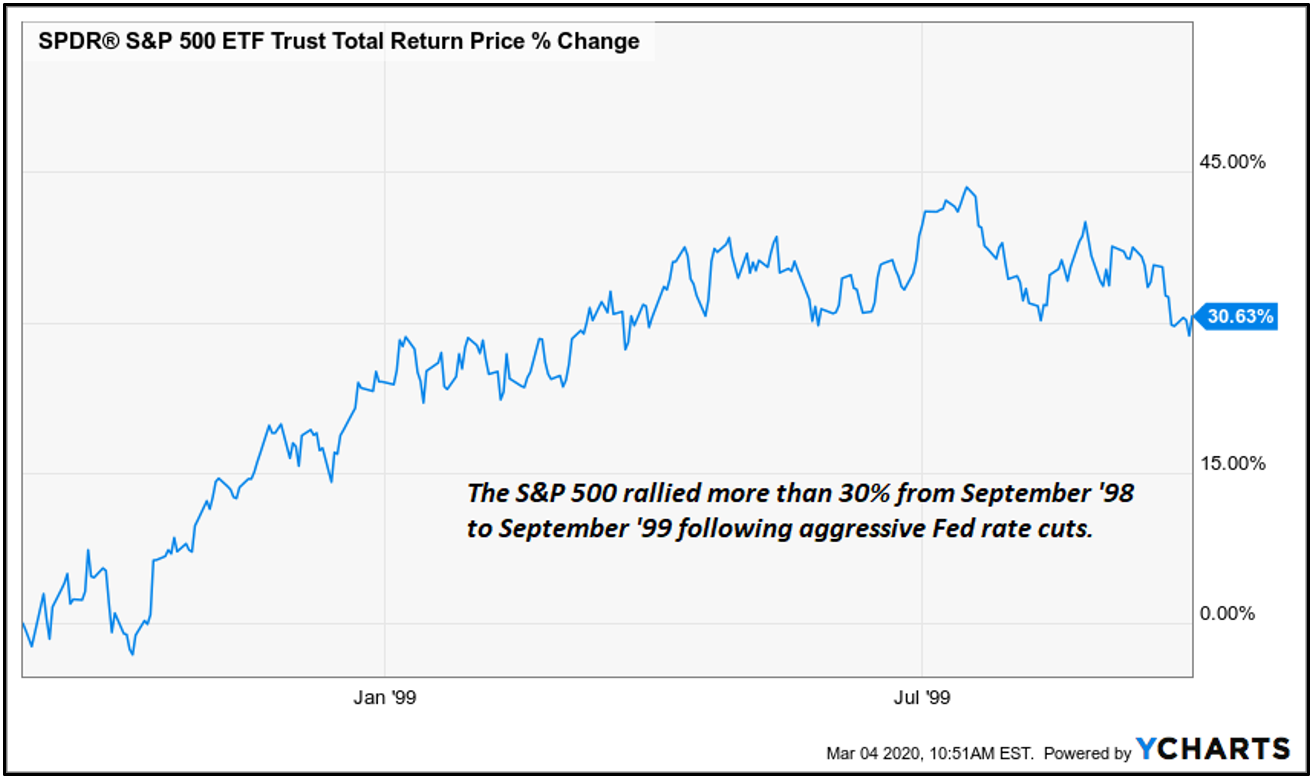 According to Tom, the reason 1998 is a good comparison with today is because there are several big similarities between the 1998 experience and the present. For example, in 1998 the Fed cut rates to relieve stress caused by the Asian debt crisis and, more directly, the failure of the hedge fund Long-Term Capital Management (LTCM). The cuts here were proactive and were done to counter a one-off, unique event that was putting stress on the economy. And, those rate cuts worked since the Asian debt crisis subsided. Furthermore, as LTCM did not cause contagion, the economy continued to expand for two more years.

Today, the economic and earnings impact of the coronavirus is still very much an unknown. Yes, it could turn out to be a very significant market negative, or, it could be a temporary blip that we are well beyond by this summer. The point here is that like 1998, the coronavirus and its negative economic effects also are a one-off, unique event.

“If there was no coronavirus, the Fed would not be cutting rates, as the economy simply does not warrant it and liquidity issues don’t warrant it,” said Tom. “So, this emergency cut was a preventative move designed to help the economy if the coronavirus causes a material slowdown.”

Herein lies the hidden positive of the Fed’s emergency rate cut — and it is the blunting of the one-off, unique event that is the coronavirus and its potentially very pernicious crimp on the global economy. Moreover, if we see more evidence of that occurring, you can bet the Fed will step in again with more stimulus measures — and that is a definitely positive for markets and the economy.

P.S. Do you know precisely when to sell your stocks? We do, because we have a plan in place to tell us when to buy — and more importantly — when to sell our positions. That plan is the proven, four-decade-plus trend-following plan at the core of my Successful Investing advisory service.

A Visit with Our Resident Guru of Happiness

Happiness isn’t easy. In fact, learning how to be happy can be one of the most difficult things a person can do.

In the new episode of the Way of the Renaissance Man podcast, I visit with our resident “guru of happiness,” the great Dr. Joel Wade.

Dr. Wade’s first podcast appearance on the show last year elicited some of the best comments we’ve had on any show, so I knew it was about time for another conversation with this exceptional individual. 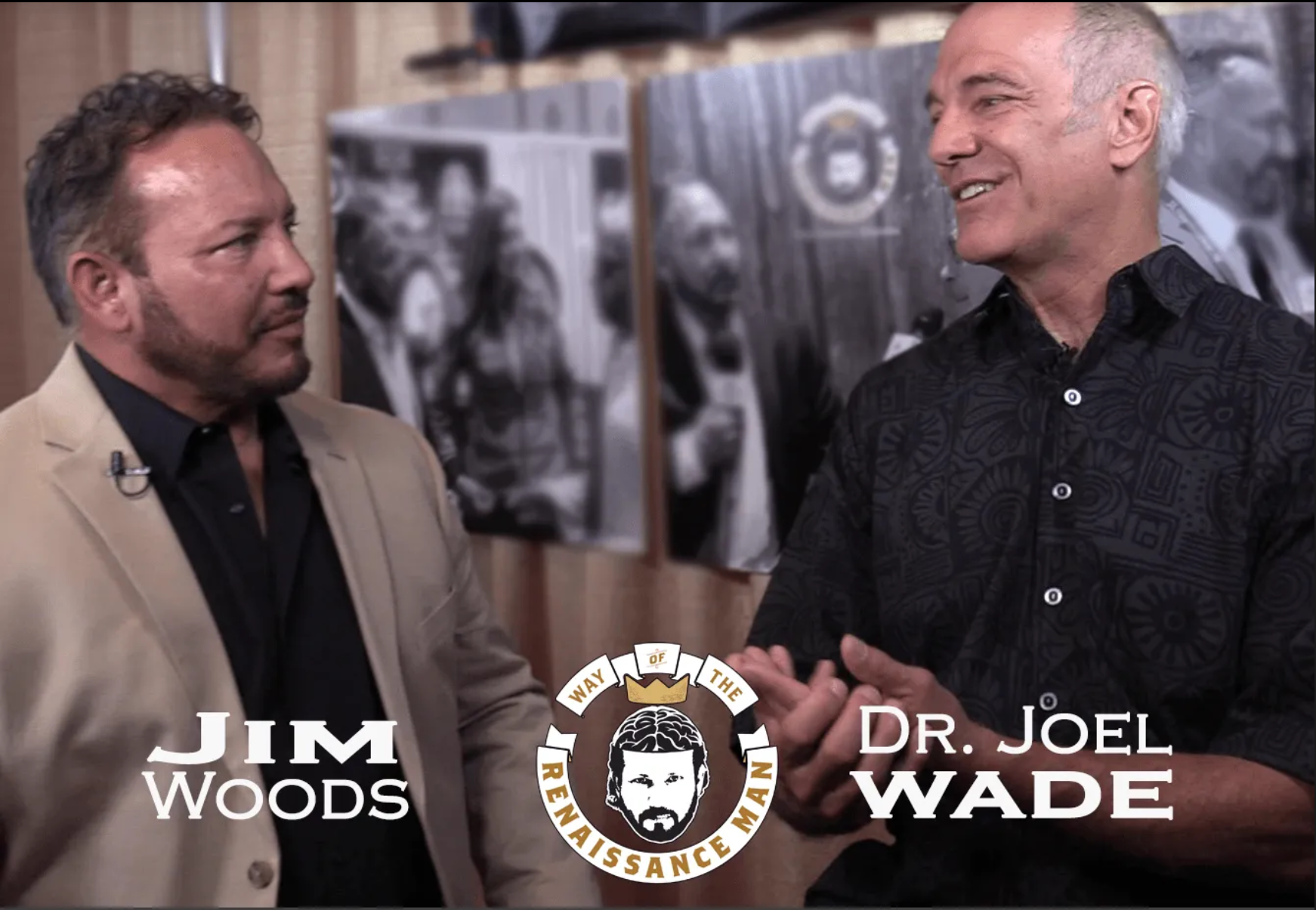 In this episode, Dr. Wade and I discuss the history of the positive psychology movement, how he got started in the field and why this subject resonated with him as a young man.

The conversation then gets into details on how we all can implement practical techniques on how to increase happiness, including how to focus our minds on what actually makes us happy, and how to look at a problem from “the outside.” We also discuss why focusing on the negative is not a good problem-solving technique.

I’ve described this episode as another home run podcast for listeners, and I’m pretty sure you’ll agree after listening to this special man’s take on a very serious, yet critical, subject to us all.

On Becoming the Bull

Back and forth, the struggle consumes us all
Trying to keep a level head
In the most unsettling of times
Today, I’ll become the bull…

The rock band Atreyu is known for its hard-driving riffs and aggressive vocals, but it’s also known for its powerful lyrics. The sentiment here from the band’s hit, “Becoming the Bull,” seemed particularly poignant, given the past two weeks in financial markets.

And though I doubt the song was written with a “bull market” reference in mind, the sentiment of an all-encompassing exertion to stay calm in the face of volatility is something every investor can relate to. So, whether the market is up or down, make sure that you approach your actions with an attitude and mindset that you can “become the bull” despite the most unsettling of times. 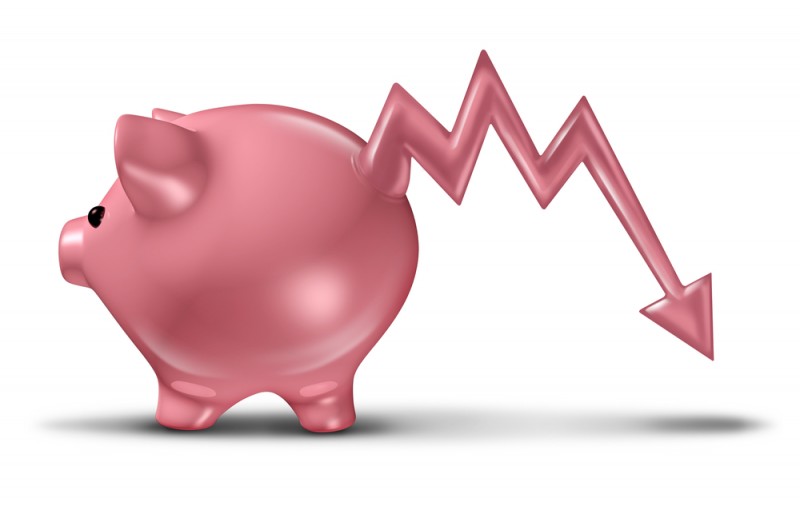 Paul Dykewicz discusses how alternative investments beyond stocks and other equities can help defuse the stock market crash threat.