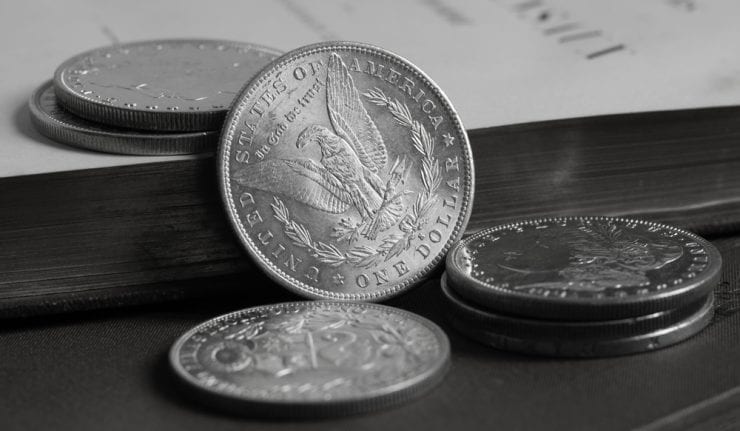 Last week’s ferocious three-day rally, which had the S&P 500 gaining 18% off the Monday low of 2,187, was telling in a number of ways and not in others.

What it did not foretell was whether the absolute low has been reached, because there is no telling when the worst of the spread of COVID-19 will be revealed — at least not yet. If you listen to President Trump’s briefing team, then we’re all going to be able to go to the local park on Cinco de Mayo and have a barbecue with our family, friends and neighbors. If you listen to health care workers, some of whom are now dying from the virus, it’s an entirely different story.

The same can be said for the investment world. There are those who are absolutely certain that the economy and the stock market are going to roar back to new all-time highs by the fourth quarter, with Treasury Secretary Steve Mnuchin playing the role of head cheerleader. At the other end of the spectrum are those who are pronouncing the bull market over and stating that every bear market rally should be sold into with vigor.

Here, too, nobody really knows. So, we have to look at certain aspects of last week’s tape and try to ascertain whether a retest is warranted, a quintessential double-bottom or a higher-low chart pattern will be formed or, God forbid, we will slip under last Monday’s lows because the coronavirus will end up creating a wider and deeper impact on society than anyone had imagined. Thankfully, stopgap checks to those who have been furloughed will be going out shortly.

There already has been a stunning 39% drop in the number of hourly employees who are going to work over just the past 10-day period that ended on March 20. And this number is only going to increase.

How this will play out is being modeled nine ways to Sunday, but none of these models have any empirical evidence to work off of because the U.S. is not managing the problem like China or South Korea. There has been no full lockdown and mass transportation has not been outlawed — as it should have been early on. So, cities like Atlanta, Dallas, Chicago, Detroit and Philadelphia are now seeing the number of caseloads spike.

For those who want to try to put a short-term spin on the situation, I’d just say that we, as a nation, have a lot more wood to chop before we get too optimistic about the virus being conquered in the near-term or the stock market being able to recoup all of its losses simply because the Fed, the Treasury and Congress have flooded the market with liquidity.

What last week’s rally did foretell is that the rally was largely driven by short-covering on the fiscal stimulus news and that a lot of low-quality stocks performed the best. The rally also showed what sector is “too big to fail,” as the Fed announced that it is buying investment-grade corporate bonds.

Last week, I highlighted the sharp decline in the share price of the most widely traded corporate bond exchange-traded fund (ETF), iShares iBoxx $ Investment Grade Corporate Bond ETF (LQD). True to form, the Fed came to the rescue, and shares of LQD rallied over 16%. Now that we know that the high-grade corporate bond market is backed by the full faith and credit of the U.S. government, that 3.42% current yield on shares of LQD looks pretty attractive.

That move was huge for restoring market confidence. Indeed, I pointed this out by stating, “Stocks will follow the trend of the debt markets and if there is new life in the top-tier corporate, mortgage, convertible and preferred asset classes, then and only then, will a sustainable rally materialize.” The preferred, convertible and high-yield markets also rallied sharply off their capitulation lows of March 23. Hopefully, they stay the lows.

At this point, investors should be making a short list of those sectors and stocks that have the highest probability of reestablishing a sustained recovery. And I emphasize “sustained” as the operative word of choice here. Unless one is trading the volatility, there is elevated risk for just buying “great stocks” that are lower at a time when the market is fully lacking both economic and corporate guidance and Wall Street research has been reduced to a guessing game.

What we saw last week was a big vote for utilities. While the industrial demand for power is certainly going to be down for a quarter or two, balance sheets are solid, dividend payout ratios average between 50-75%, there is no currency foreign exchange (forex) exposure and the yields are some of juiciest to be had for blue-chip defensive stocks.

I was very surprised to see shares of the Utilities Select Sector SPDR ETF (XLU) trade below their long-term moving average, which comes into play at $55. All confidence is out the window when investors bail out of power companies. In what I can only see as a full and forced liquidation by leveraged fund managers to meet margin calls, shares of XLU reached a low of $43.44 last Monday (-38.9%), followed by a move back up to close out the week at $55.68. This enabled XLU to retake its key three-year weekly moving average.

This trajectory was also evident for the health care sector, but not so for the consumer staples and real estate sectors, both of which closed the week below their weekly moving averages. These four sectors are where dividends are the fattest and businesses are the most recession-proof, save for some sub-sectors of real estate that are obviously dangerous.

Even though the most crowded market call among the forecasters on Wall Street is for a retest of the lows, I do think that another pullback is warranted. However, it probably won’t be as steep as most are predicting. However, I do believe that the S&P will trade in a wide range of 2,200-2,650, where overhead resistance exists. A break above 2,650 will invite further upside.

For income investors who are seeking safety and yield, consider using any bouts of selling pressure to initiate and add to electric utilities. They are essential, financially sound, domestic and, in my view, offer just as much upside potential as anything on the board.

previous article
Cannabis Corner: Bounce or Boom?
next article
Stock Market Crash Insurance Is as Precious as Gold and Silver