Which Should You Buy Now: Stocks, Oil or Gold? 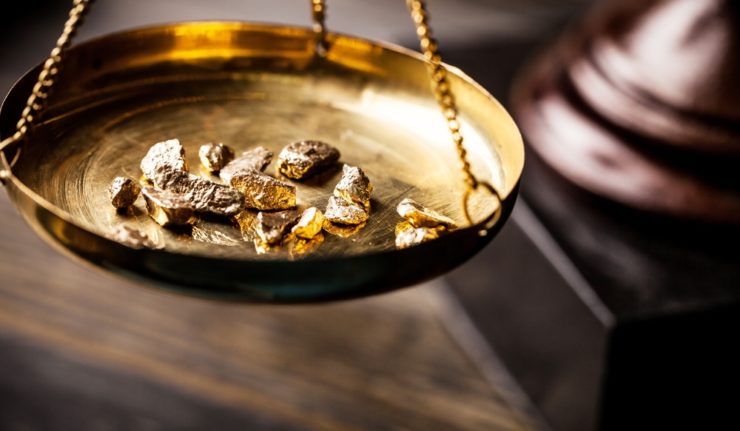 Note: I have a special announcement at the end of this edition of Skousen CAFÉ and a suggestion regarding what to do when the market is closed on Good Friday. See below.

Warning Before the Deluge

On Monday, the federal government released gross output (GO) figures for the fourth quarter of 2019. The figures indicated that there had been a slowdown in the economy before the coronavirus took hold.

GO measures total spending in the economy, including the all-important supply chain.

In recent weeks, the media has highlighted how the global supply chain has been disrupted. International trade and the supply chain are expected to collapse by 30-40% in 2020. What a disaster!

The latest GO figures suggest that trouble was already brewing as we entered 2020. Real GO rose only 1%, compared to 2.1% for real GDP. Business-to-business (B2B) spending in the supply chain actually declined by 1.7%!

In sum, business was already pulling back when the virus panic hit.

We will no doubt see a sharp drop in growth when the government reports first-quarter GDP on April 29 and second-quarter GDP on July 30. This is when we will see the first real impact of the economic shutdown.

You can read my full press release at www.grossoutput.com.

GO demonstrates both the importance of the “supply chain” during an economic downturn and why the federal government needs to release this information much sooner. I’ve been told that the Bureau of Economic Analysis (BEA) plans to release the GO and GDP figures at the same time starting in September. However, it’s too late to know the impact now.

Which is Better: Stocks, Oil or Gold?

Stocks are on a sharp rebound this week as evidence continues to mount that the coronavirus outbreak is slowing down. The stock market is a leading indicator, and Wall Street is always trying to look ahead. This reminds me of two quotes from “The Maxims of Wall Street” (to order, go to www.skousenbooks.com).

Exclusive  Will the Stock Market Boom or Collapse Under Biden/Harris?

That’s why my subscribers have stayed mostly invested in this market. You never know when a crisis going to bottom. They have been raising some cash to look for bargain-basement opportunities, and they are plentiful right now.

Oil has bounced back and is now at around $27 a barrel. But, that’s way down from the $60 a barrel oil had achieved earlier this year.

With excess supply and tepid demand, oil and energy stocks are not a good investment these days.

But the prospects for gold are much better. Gold has held up extremely well in 2020 and is doing much better than oil or stocks. 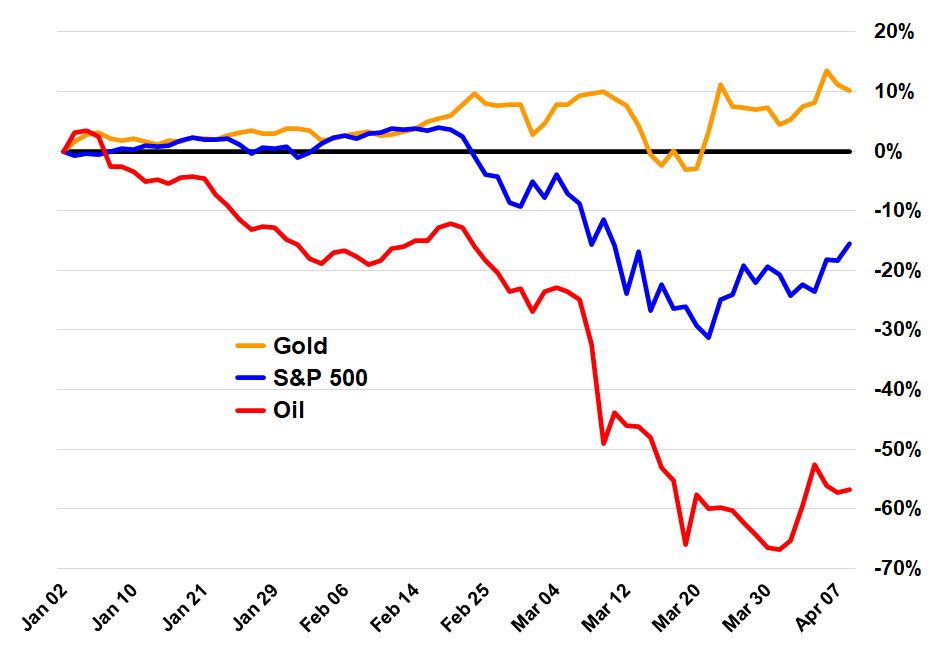 The Federal Reserve has adopted a zero-interest rate policy and has injected massive liquidity through quantitative easing (QE). Congress is also spending money like there’s no tomorrow.

As all of this is inflationary, I would not be surprised to see gold hit $2,000 an ounce in the next year or two.

I recommend both stocks and gold in my newsletter, Forecasts & Strategies. Right now, I think that gold and technology stocks are the place to be.

Good News: I’m Back In Forbes!

I’m pleased to announce that I’m now once again a Forbes contributor. In the 1990s, I was a columnist at Forbes magazine for five years.

Steve Forbes asked my wife Jo Ann and me to start writing for Forbes again, this time at Forbes.com. (Forbes magazine no longer offers columns.) As you all know, Steve is a long-time friend and our ambassador to FreedomFest. In 2018, he presented me with the inaugural Triple Crown in Economics for my work in theory, history and education. 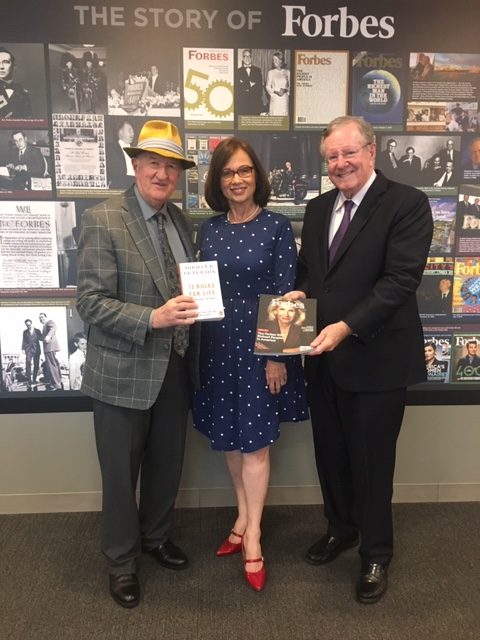 Our column is called “Sunday Sermon” and draws upon the wisdom of great religious leaders and worldly philosophers from Aristotle to Jesus to the Dalai Lama. With people sequestered in their homes, I figure it’s a good time to start this column.

Jo Ann just posted her first column, “Are You Lonesome Tonight?” Check it out here.

If appropriate, please pass either of these articles along to your friends and family. If you want to be automatically alerted to each “Sunday Sermon,” click on “Follow” at the end of my column on the site.

What to Do on Good Friday When the Market is Closed: Take an Adventure with Jonathan Gullible!

As noted above, Wall Street will be closed tomorrow in honor of Good Friday on Easter Weekend.

With everyone sequestered in their homes, there’s nothing like reading a good book that is both entertaining and educational.

No, I’m NOT talking about my own books!

One of my favorites is Ken Schoolland’s delightful story, “The Adventures of Jonathan Gullible.” In the spirit of Frédéric Bastiat and Jonathan Swift, it tells the incredible tale of Jonathan Gullible (JG), a sailor who is shipwrecked on the island of “Corrupto” and encounters some very strange people and customs. 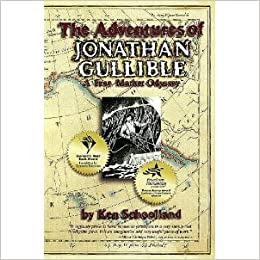 Let me give you the flavor of the book with three examples:

When JG first arrives on the island of Corrupto, he notices that everyone is stooped over. He quickly finds out why — the government has imposed a tax on tall people because tall people tend to be more successful in life.

He later encounters a bunch of “Merryberries” that naturally make you high. He is arrested because the government of Corrupto has made Merryberries an illegal substance.

Then there is the story of politicians who go around carrying a machine called the “Applausometer.” It gauges the public’s response to various policies promoted by the local political candidates. Their campaign slogan is “We believe what you believe.”

Each story is followed by a discussion about economic policies — taxing success, making drugs illegal and the pros and cons of democracy.

JG has been translated into more than 50 languages and has been endorsed by Milton Friedman, Walter Williams, John Stossel and Steve Forbes. Get your copy today and have a great read during this extended vacation from school and work.

Harold can also take your order for my own books if you are interested: “Making of Modern Economics” ($35), “Maxims of Wall Street” ($20), and “A Viennese Waltz Down Wall Street: Austrian Economics for Investors” ($20). Check it out at www.skousenbooks.com.

Why Don’t You Wear a Mask?

“Today more and more of everything is either prohibited or mandated.” — Jorge “Tuto” Quiroga, former president of Bolivia (2001-2002)

Recently, a postal clerk asked me, “Why aren’t you wearing a mask?” I told her my response is like this.

America is a free country or, at least, it used to be. But now, under the fear of a pandemic, everyone has become paranoid busybodies.

The state is becoming totalitarian by mandating that schools, sporting events, concerts, festivals, beaches, public transportation and businesses be shut down indefinitely. The economy be damned. Jobs be damned. Freedom be damned.

Even if it means another Great Depression, millions of people out of work and thousands suddenly depressed and contemplating suicide, it is all for the common good!

Today’s crisis is giving new meaning to Patrick Henry’s cry, “Give me liberty or give me death!”

What the government is doing is unprecedented. I was just reading the diary of a great American who was part of the “Greatest Generation.” He wrote that the flu was spreading like wildfire in the United States, and over a third of France was sick. That was in 1953. Yet, nobody shut down businesses or events. Life went on. Yes, people were more careful, and some people died. That’s life.

Today, almost nobody remembers the flu season of 1953.

An investment advisor told me that he and his wife plan to stay isolated and not leave their house until a vaccine is discovered for COVID-19, even if it means being quarantined for over a year. They said that they are at a vulnerable age and don’t want to die.

That’s their privilege. But don’t make every American do the same. Let them choose.

This whole debate reminds me of three books that I have on my bookshelf. The first is Milton Friedman’s book “Free to Choose.” Next to it is a book by Marxist professor John Roemer with the title “Free to Lose.” The third book is by Yale professor Henry Wallich entitled, “The Cost of Freedom.” Indeed, America has a choice. Freedom is not free — it comes at a cost.

Remember friends, “The triumph of persuasion is the sign of a civilized society.” Go here to read more.

It looks like civilization has just taken a big hit. 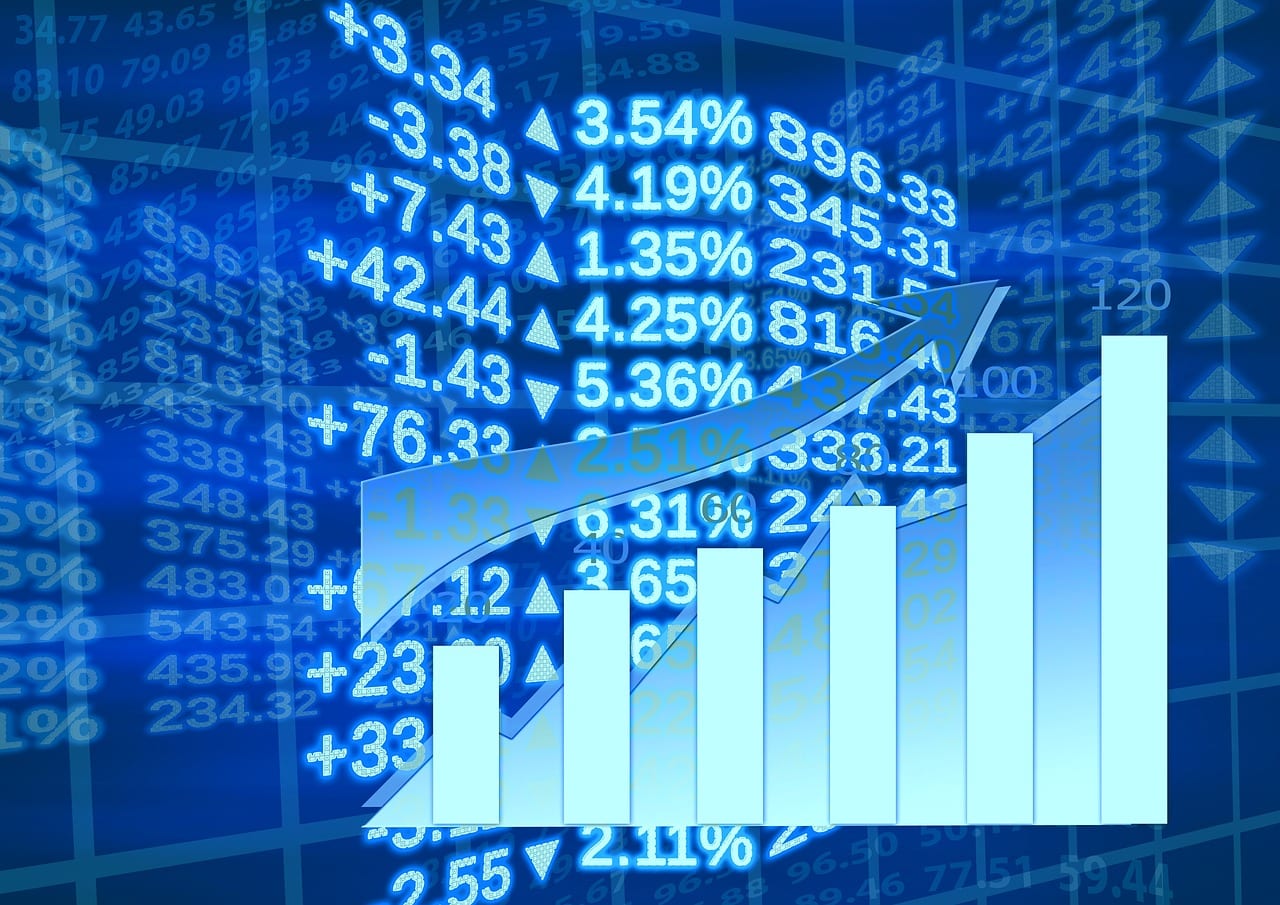 An Infrastructure Fund for a V-Shaped Oil Recovery

(Note: Today’s ETF Talk is the third in our series on funds that are likely to do well when the market begins a “V-shaped” recovery.) The Global X MLP ETF (MLPA) invests in some of the largest, most liquid midstream energy master limited partnerships (MLPs) to give investment results that generally align with the price and yield performance, before fees and expenses, of the Solactive MLP Infrastructure Index. The index fund focuses on transportation, storage and proces