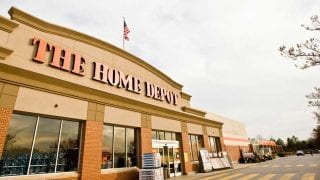 Shortest Recession on Record Gets the Bulls Running

recent: That was fast. Today we learned that U.S. employers found a will and a way in May to rehire 2.5 million people laid off during the COVID-19 pandemic.

It’s no hyperbole to say that this is an incredibly good sign. The numbers are moving in the right direction even as the clock starts ticking on massive Congressional support funds.

People with cash would rather do business than drift in a defensive position. We’re tired of sheltering in place.

And it’s clear that if you give people a choice, millions would rather work than take the government checks. A lot of them have cut back to part-time positions because nothing else is available, but those jobs aren’t vanishing now.

Economists are already calling this the shortest recession in history. Unless some new and completely unanticipated shock is coming, Wall Street’s bulls will be chasing records again in a matter of months.

We just have to get there first. I’ve been hunting the next boom every week on my Millionaire Maker radio show. (Click here for recorded episodes and local stations.)

The most pioneering stocks on my radar get written up for my IPO Edge service. The most recent is Draganfly Inc. (OTCMKTS: DFLYF), which I think has what it takes to reward long-term shareholders looking for something off the beaten track. Click here to download my in-depth report.

But market commentators who aren’t actively seeking out companies like this have spent the last few months wallowing in gloom. I’ve never understood that mentality.

Any catastrophe we can walk away from is a learning experience. We pick up, manage our losses and start moving forward again.

If we can’t walk away, we give up. I haven’t suffered any shock big enough to make me give up on the market and neither has Wall Street.

Wall Street has survived a lot worse than I have and come back for more each time, generation after generation. The Great Depression officially dragged on for nearly four years, but decades later, the memory is fast receding.

We look forward because we don’t have a choice. While history can reveal patterns to those who study it, only antique dealers make money trading the past.

When the pandemic started locking down the economy, some people sold stocks as though they were convinced that capitalism simply wasn’t going to survive. We’re here talking about the market now, so that thesis was clearly incorrect.

As the quarantine dragged on, the threat level dropped. Wall Street soon realized that the Fed would not allow the market to crash. We stopped asking whether the world would end and started focusing on specifics: how long the medical crisis would last, how quickly life would get back to normal and how much it would hurt in the meantime.

With job losses bottoming out in April, we now have an answer to that last question at least. April was probably the worst phase of the outbreak, showing us exactly what the economy looks like when all non-essential businesses shut down.

It was bad. But so far, thanks to the Fed and Congress, people are not only surviving, but finding the cash to pay their bills. Again, barring unforeseeable aftershocks, that was as bad as it gets.

And the jobs are coming back. The construction industry has already rehired half of the people laid off in April. Other sectors have a longer way to go, but they’re moving in the right direction.

Picking up the Pieces

Maybe you held onto the stocks at the center of the storm because you were waiting for brighter days ahead. In that case, while you’ll need more time before you take profits, you’re probably feeling a lot better about life.

On the other hand, if you dumped airlines, hotels and restaurants because you didn’t want your money locked up in deeply distressed business models, these job numbers are evidence that you made a mistake. Companies are rebuilding now and are more efficient than ever.

Look at the casinos. Las Vegas reopened this week. While it will take time for tourist numbers to recover, any occupancy at all is objectively better than zero.

These hotels were empty a few days ago. Now they’re getting back to work. The future looks better than the recent past.

My math suggests that a company like Las Vegas Sands Corp. (NYSE:LVS) saw revenue plunge 80% in the first half of 2020 but will claw back most of that cash flow in the next six months.

COVID-19 might translate to only a 25% revenue gap for the company this year. The stock is down 30% from its pre-outbreak peak. That looks like a buying opportunity to me.

After all, the company should still be profitable from here on out. Management has run the projections and knows exactly what it needs to do to avoid burning cash.

That’s why companies around the country are hiring again. They aren’t taking everyone back right away. This is not an instant leap back to the pre-outbreak status quo.

But companies that see more opportunity than threat are staffing up again. And if you want my best growth opportunities, GameChangers has plenty. Or if you like my thoughts on Draganfly, IPO Edge is the place to go.

Four Retail Stocks to Buy Rally Despite COVID-19 Four retailers beat earnings estimates after discovering profits can come from delivering purchases outside their doors to shoppers who prefer to keep their distance. The most recent earnings reports are telling for many of the large retailers that have spent the last few months adapting to government-issued “stay-at-home” orders to minimize the spread of

Exclusive  Do the Twin ‘Ds’ of Deficits and Debt Still Matter?