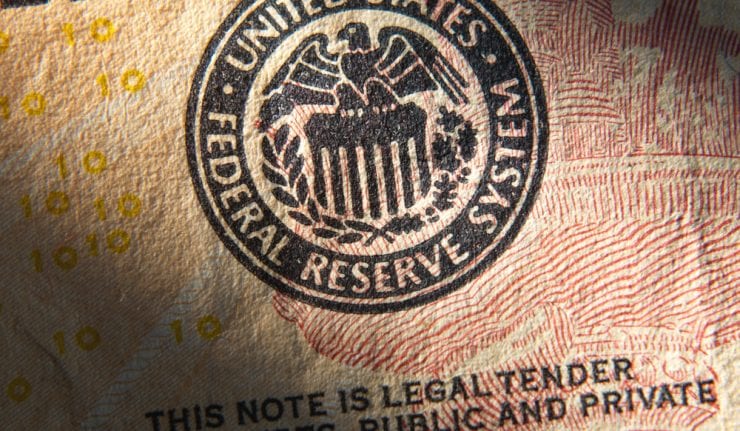 The headlines that everyone feared crossed the tape during the middle of last week, when a resurgence in the number of COVID-19 cases hit Texas, Arizona, Florida and California.

The news offered a motive for some aggressive profit-taking in equity markets after a long rally that took the NASDAQ to a new all-time high and the other major averages within spitting distance of their previous highs. The bears finally got what they wanted, and the shorts pounced on initial downside momentum that saw the worst one-day losses for the market since late April.

It looked inevitable that the S&P would slice back down through the 200-day moving average at 3,010 like a hot knife through butter and feed on itself until all the retest prognosticators came out of their bear caves and proclaimed themselves to have been right after all. But last Friday, it was reported that Vice President Mike Pence touted a “steady decline” in U.S. coronavirus hospitalizations and fatalities, despite data showing that several states have seen a rise in the number of COVID-19 patients since the Memorial Day holiday. Plus, health officials warn the coronavirus death toll could increase in the months ahead.

“We’re seeing a steady decline in hospitalizations and most importantly, a steady decline in fatalities,” Pence told CNN’s Pittsburgh affiliate WPXI in an interview on Friday. He then argued that America is “safely reopening” and described the recent increase in the number of COVID-19 cases in some states as “a reflection of a dramatic increase in testing.” Below is the latest data from the Centers for Disease Control and Prevention (CDC) on the hospitalization rate by age group. 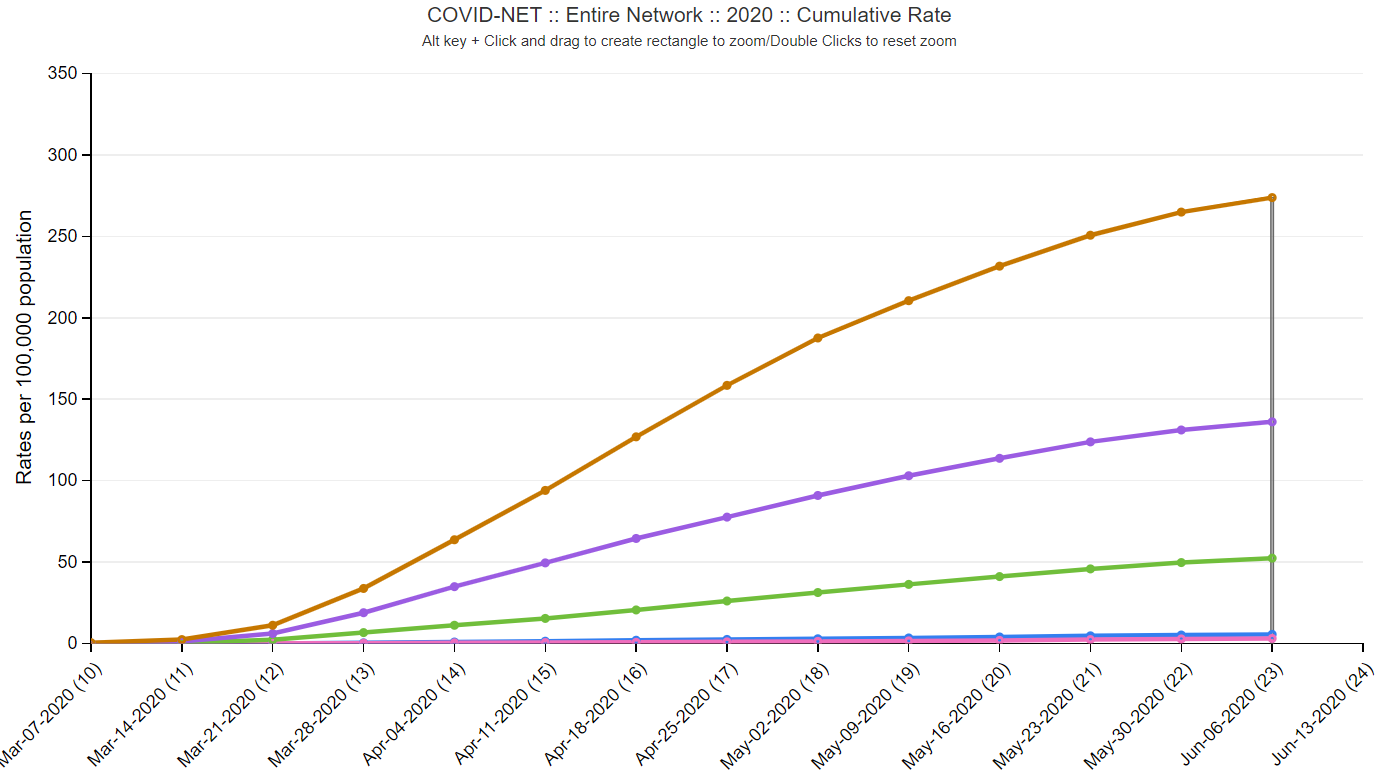 Chart courtesy of the CDC.

The market opened higher at Friday’s opening bell, traded briefly into negative territory and closed higher. This enabled it to recover a decent portion of Thursday’s waterfall sell-off and preserve the technical threshold of 3,010 points for the S&P and 9,500 points for the NASDAQ — at least for now.

The key data point that everyone is laser focused on is the rate of new hospitalizations. If this data point remains stable relative to rising COVID-19 caseloads, the bears will go back into hibernation until some other market-rattling headlines trigger the overnight futures market. What other risk-off headlines should we look out for?

There are six possible downside risks that are not powerful enough to offset the fiscal stimulating forces of the Federal Reserve, the Treasury and Congress by themselves.

The market’s participants are keeping all of these threats in their peripheral vision for the time being. So, let’s list the most likely responses to all of these scenarios as well.

Exclusive  Arnie vs. Jack: Who Was the Better Investor?

Demings, 63, is a former law enforcement officer who has been currently serving as the U.S. Representative for Florida’s 10th congressional district since 2017. From 2007 to 2011, she was the chief of the Orlando Police Department and the first woman to lead the department. In total, she spent 27 years in the department. Given the current root of the protests, the fervor for change and the timing, I think she is the odds-on favorite, assuming she has the blessing of the Obamas. However, this is just my take.

Until the larger issues, namely China and the elections, play out, the market will likely absorb most of the other risks as not nearly outweighing what the Fed is currently doing and what Fed Chair Jerome Powell has promised to keep doing as of last week’s press conference. Declaring that there won’t be any increases in interest rates until 2023 has been a grand promise to equity markets.

Chairman Powell also stated that the Fed will keep stimulus coming for years. Under these conditions, bouts of selling will likely be well contained and a major pullback of 20% or more of the recent gains, something that so many cash-rich investors crave for, will be fleeting.

If, and that’s a big if, there is a round of sustained selling, then the 50-day moving average that comes into play at around 2,900 and then 2,800 points would provide a fine place to initiate and add to one’s current positions.

Remember 48 hours ago, when everything looked great in the market and self-proclaimed “experts” were telling you that we were on a non-stop ride back to record-breaking rally territory? Now those same commentators are reeling and a little stunned after one of the steepest one-day declines in Wall Street’s history. They’re desperate for someone to blame. Quite a few are blaming the Federal Reserve. In their view, the latest monetary policy statement didn’t go far enough to soothe