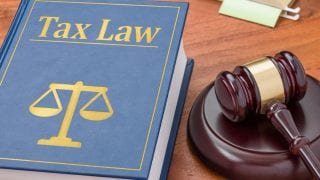 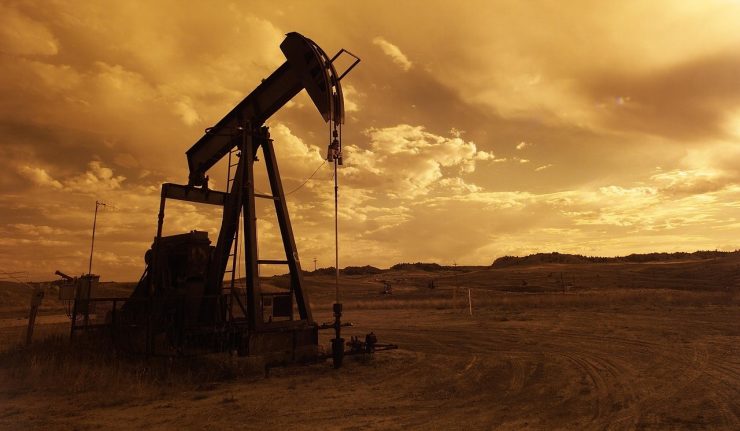 Seven oil stocks and funds to buy amid the ongoing recovery from the COVID-19 pandemic have the potential to give investors opportunities to profit with both short-term trades and long-term patience.

All seven of the oil stocks and funds will receive a lift from rising prices for crude as economic activity begins to resume in states around the country that are easing restrictions imposed by their governors in March after the number of COVID-19 cases and deaths began to spread quickly. With the economy starting to strengthen as non-essential businesses reopen to spur increased energy demand, crude oil prices rose to a 3-1/2 month high on June 23.

However, market forecasts call for crude inventories to post a new record high on June 24 when the U.S. Energy Information Administration releases its weekly Petroleum Status Report. That announcement could cause a one-day dip in the price of oil stocks and funds, so patience could be a virtue for investors who wait for any surge in selling to stop before buying.

Oil prices, based on the WTI Crude Oil Spot Price, have dropped 38.23% during the past five years and endured a short-term crash in April 2020, when futures contracts for May delivery hit a historic low by plunging more than 100% to –$37.63 per barrel on April 20. That pricing meant producers literally needed to pay traders to take the oil off their hands when demand collapsed due to the COVID-19 crisis.

In contrast, the technology-heavy NASDAQ Composite emerged as the big winner during the past five years by soaring 96.57%, more than doubling the gains of 47.50% for the S&P 500, of 46.41% for SPDR Gold Shares (NYSE:GLD) and of 44.35% for the Dow Jones Industrial Average. The iShares Silver Trust (NYSE:SLV) finished with a return of 8.01%, equaling just 8.29% of the rise of the NASDAQ Composite during that time. 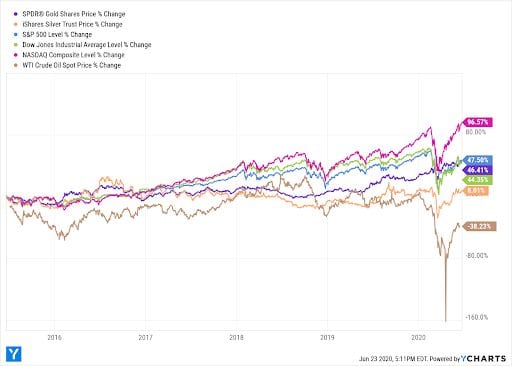 7 Oil Stocks and Funds to Buy Include Enterprise Products Partners

Patient investors who love income may want to buy Enterprise Products Partners L.P. (NYSE:EPD) and collect its current dividend yield of 9.36%. EPD has been a recommendation in the Forecasts & Strategies investment newsletter of Mark Skousen, PhD, since December 2009 and has risen more than 123% since that time.

“The Houston-based pipeline and storage company has survived and prospered through a treacherous collapse in energy prices,” Skousen wrote in his just-completed July issue.

Even though the share price of EPD pulled back in early June, it lately has been advancing with crude oil prices. It held its quarterly distribution steady at 67 cents per unit to mark the first time in more than a decade that it has not increased its dividend. 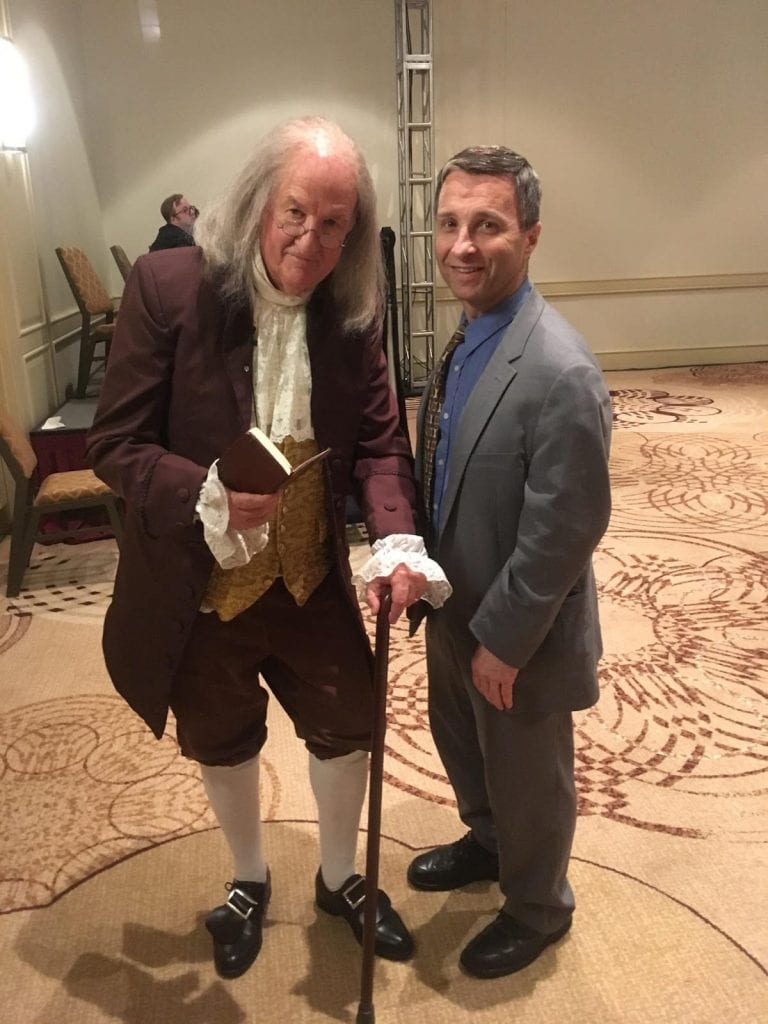 That reality means the company is not solely dependent on oil prices to thrive, but it is vulnerable to natural gas market fluctuations. Natural gas prices fell 2.7% on June 23, after news from the U.S. Energy Information Administration (EIA) that liquefied natural gas (LNG) exports declined substantially in 2020.

The lack of demand for LNG exports, coupled with slack demand for electricity, has put substantial pressure on natural gas prices. Nonetheless, the share price of Cabot Oil & Gas climbed 0.55% on June 23, as crude oil prices rose to a 3 ½-month high on that day. 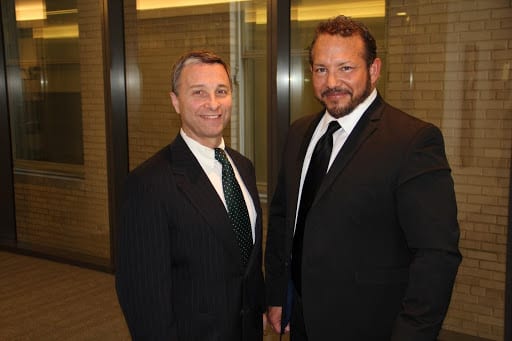 Exclusive  Shortest Recession on Record Gets the Bulls Running

Bob Carlson, leader of the Retirement Watch advisory service and chairman of the Board of Trustees of Virginia’s Fairfax County Employees’ Retirement System with more than $4 billion in assets, recently recommended Cohen & Steers MLP & Energy Opportunity (NASDAQ:MLOAX). The fund gained about 25% from May 12 through June 8 before plunging in the June 11 market selloff.

MLOAX invests primarily in companies that provide midstream energy services, such as pipelines and storage tanks. Prices of these investments declined sharply because of the “dual catastrophes” of the oil price war and the coronavirus pandemic, Carlson analyzed.

“Energy prices seem to have hit a bottom, and there’s been a surge in these investments,” Carlson continued. “Even after the surge, they have a lot of room to the upside.”

As an actively managed fund, MLOAX can focus on the investments in each sector with the best fundamentals and values. After the oil price collapse, the fund began favoring companies likely to withstand a severe downturn, while avoiding overleveraged firms and those with weak balance sheets. It also increased its positions in Canadian companies because they are more insulated from global price shocks. 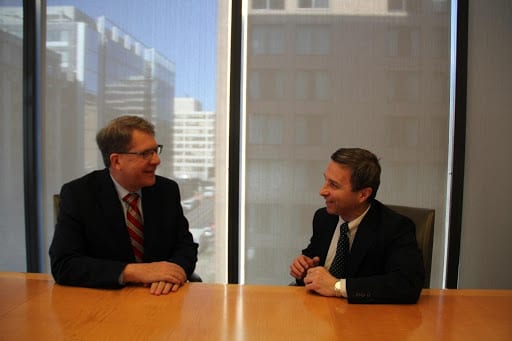 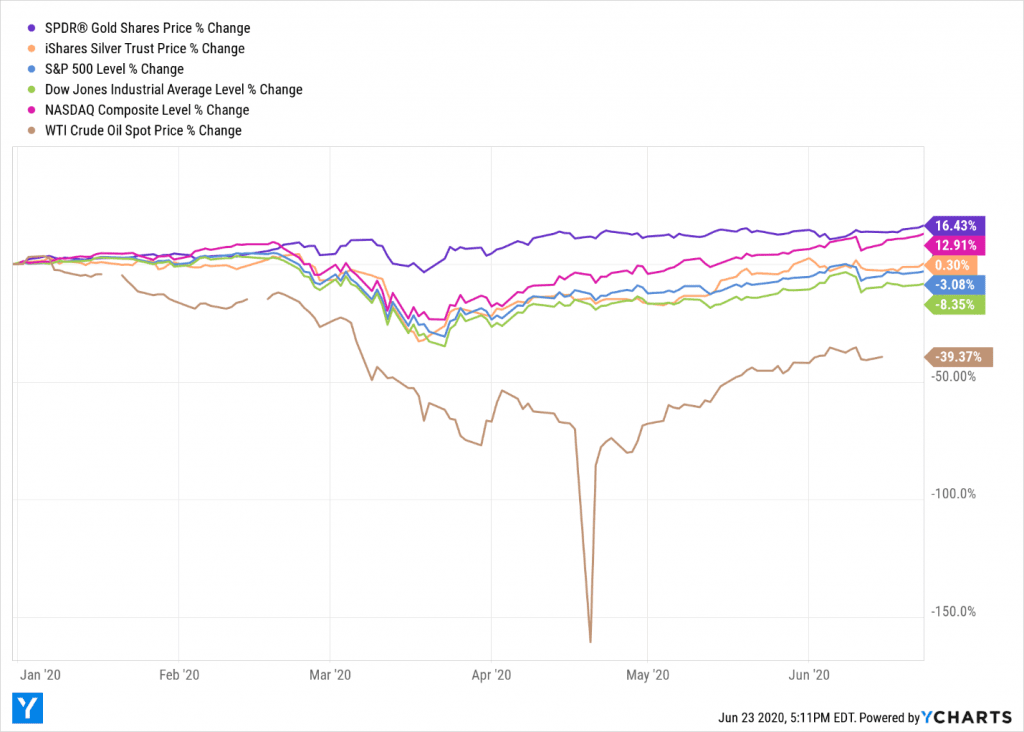 Exclusive  Who Sold in May With So Much Cash on the Sidelines?

“Energy is all about the supply-side economics right now,” said Hilary Kramer, host of a national radio program called “Millionaire Maker” and head of the Value Authority and GameChangers advisory services. “A demand recovery will feel fantastic, but the real story is the chill on North American drilling, where rig counts have dropped to the lowest level on record and keep declining week after week.”

Those drilling reductions reflect oil and gas exploration and production (E&P) companies sacrificing five years of planning to “survive” and it is not really the kind of environment that tends to reward investors with medium-term time horizons, Kramer continued.

“If you’re bullish on oil, buy for the long term and don’t even look at it for the next five years,” Kramer said. “While production volumes might come back faster, don’t count on it. Buy big for that marathon race. You’ll be able to get smaller and more innovative names cheaper as we move toward the recovery.”

Chevron, ConocoPhillps and EOG Rank Among 7 Oil Stocks and Funds to Buy

Prospective oil stocks to consider also include Chevron Corp. (NYSE:CVX), ConocoPhillips (NYSE:COP) and EOG Resources Inc. (NYSE:EOG), Kramer said. Each of them pays a dividend to offer investors yields of 5.64% in CVX, 3.83% in COP and 2.86% in EOG.

“You just want a sustainable business model and a proxy on crude upside,” Kramer said. “What you do not want is an overextended balance sheet that might not survive to see the recovery. Again, you’ll be able to overweight innovation later.”

There also is nothing wrong with capitalizing on the volatility of oil and gas prices through quick trades, Kramer said.

“Just be sure to flip your positions fast,” Kramer counseled. “We’ve made people a lot of money in the last few months simply going long on key stocks and ETFs and cashing out after a few days or at most weeks.”

One trade produced nearly a 30% in just four days by recommending ProShares Ultra Oil & Gas (NYSE:DIG), an exchange-traded fund (ETF) that seeks a return of twice its underlying benchmark, the Dow Jones U.S. Oil & Gas Index. That leveraged trade recommended in her Turbo Trader advisory service hinged on a belief that oil prices had at least bottomed out. Even though the recommendation was short-lived, DIG offers a current dividend yield of 3.05% for income investors who may want to take double the bullish bet that oil and gas are on the ascent.

“Keep the money moving while supply and demand sort themselves out,” Kramer concluded. 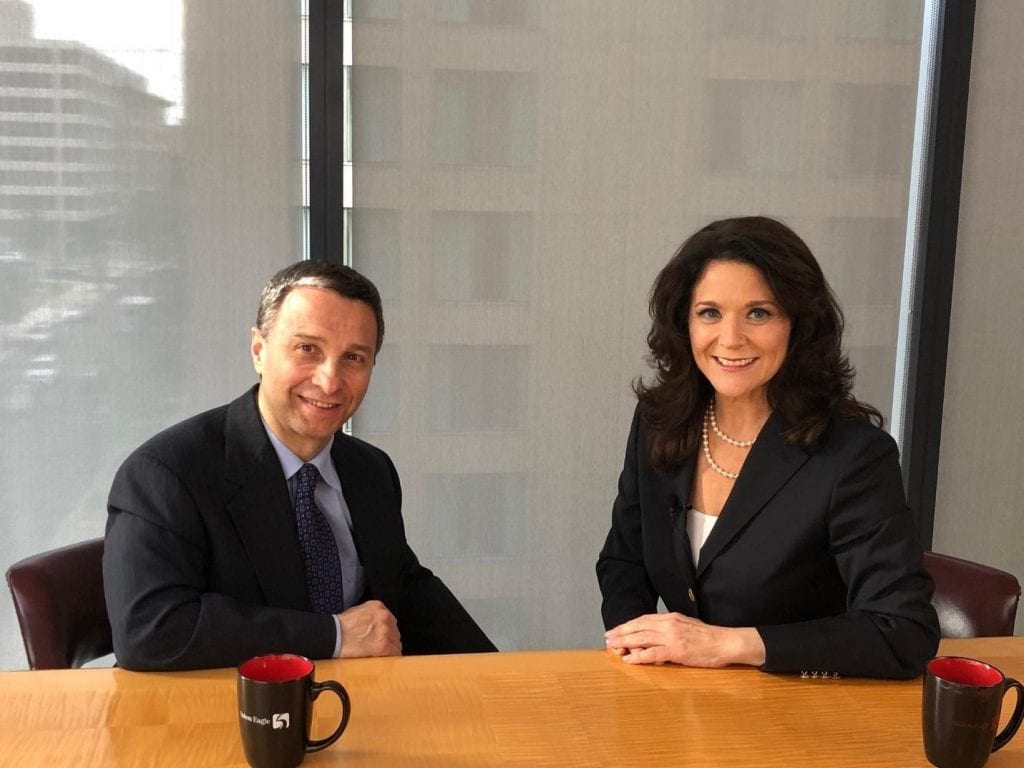 Perry told me during a June 23 phone interview that he is bullish on oil refiners, since their stock prices are not as affected by reductions in WTI crude oil prices as drillers. Sunoco is a well-known and established refiner of gasoline and diesel, he added.

One recent short-term options trade that paid off for Perry took place in his Breakout Profits Alert advisory service when he recommended the Energy Select Sector Energy SPDR ETF (XLE) Jan. 21, 2022, $30 Calls. He explained at the time of the trade on April 1 that he expected President Trump’s intervention to lead to an agreement by OPEC, Russia and non-OPEC nations to limit production and let oil prices recover. Once the pact was reached, Perry advised the sale of the call options less than two weeks later on April 13 to take profits of 43.50%.

The Bank of America research indicates that investors who have time to wait for oil prices to climb could enjoy respectable returns. If its forecast of a potential 50% price increase in oil prices proves true, investors who purchase their favorites of the seven stocks and funds to buy could be well rewarded.

These seven oil stocks and funds to buy provide investors with a chance to profit from the recovery of oil prices, shrinking supply and growing demand as economic activity returns after countries around the world locked down non-essential businesses and idled a large percentage of workers. Investors who may follow the Wall Street adage of “sell in May and go away” would have missed out on last month’s market resurgence but there still is time to buy oil stocks and funds which have started to climb again. 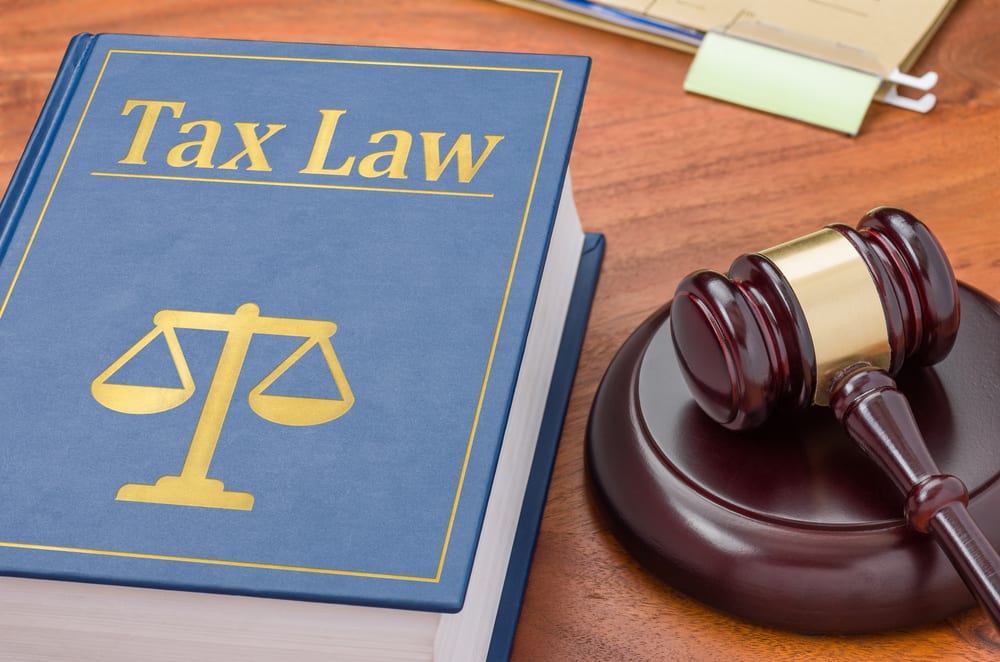 Bryan Perry discusses what changes to tax law would look like if Senator Joe Biden is able to defeat President Trump in November.