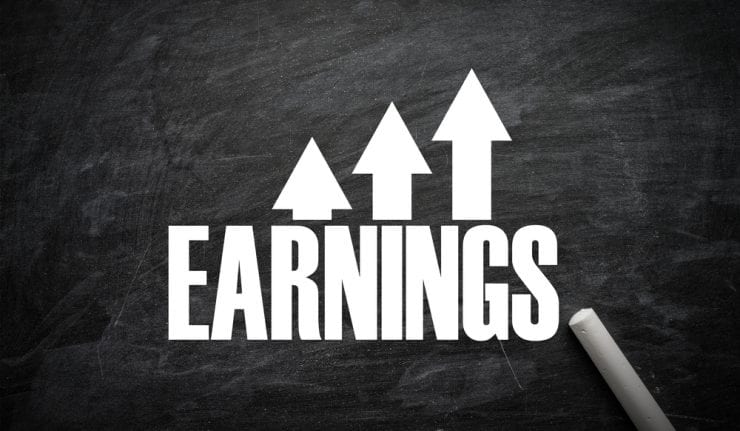 Despite the resurgence of the coronavirus, this past week, Wall Street applauded data on home sales, consumer confidence and the labor market even as Florida, Arizona and Texas emerged as the new epicenters of the virus and put phase-three reopening plans at risk.

Restaurants, bars and gyms were closed or had their reopening plans dialed back as the number of confirmed cases and hospitalizations increased. And yet, optimism about the “eventual” end of COVID-19 seems to be permeating the social fabric as more venues show people not wearing masks and being shoulder-to-shoulder in what is an almost surreal state of social rebellion.

Just as people seem to be disregarding the risks of exposure, so too is the market ignoring what may be the worst reporting season since 2008 and one that certainly will hurt some companies. 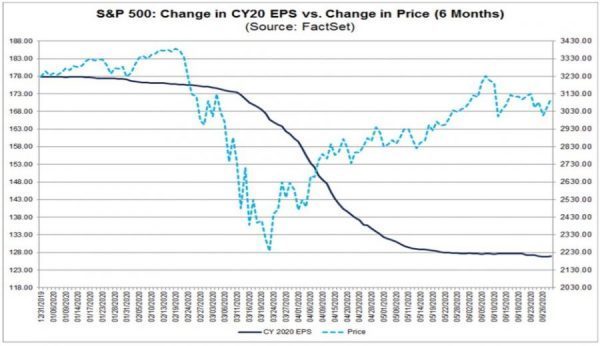 Very few firms have issued profit guidance in June. In fact, only 17 of the 500 companies that make up the S&P index have done so. Bank of America strategists noted this in a report last week, stating the data was “too sparse to analyze.” Bank of America’s data show that for the last three months, 400 companies in the S&P 500 failed to provide guidance. This is a record going back to at least 2001. 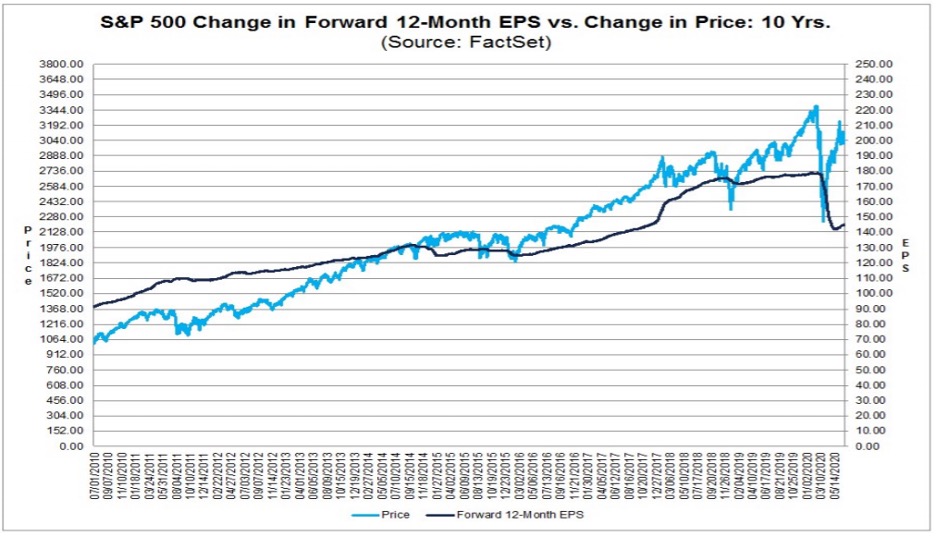 I can’t remember when the Street last flew so blindly into an earnings season led by the bank sector where the opaqueness of what’s to come has been so thick. Most market pros will concede that a genuine extension of the bull market has to include the financials at some point, where each rally attempt fails to impress. I noted in last week’s MarkitMail that the recent stress tests were long on reassurance and short on details.

I think Goldman Sachs and Morgan Stanley may surprise to the upside due to trading profits, but not because of fundamentals. I also believe the Fed tipped its hand recently with its downbeat Federal Open Market Committee (FOMC) policy statement on June 10 that sent the Dow lower by almost 2,000 points. Only the NASDAQ has recovered from that hit and has traded to a new all-time high — led by the mega-cap information technology sector.

The other 10 sectors are all fighting to retake the high-ground from that nasty sell-off. Hopefully, they will do so on more bullish news about a forthcoming vaccine for COVID-19. Or maybe, Congress will pass the CARES Act, the $1.5 trillion infrastructure bill or extend the $600 per week federal unemployment checks beyond July 31 — or maybe all the above will come to pass.

In May, the Democratic-led House passed the Heroes Act, a sweeping $3 trillion stimulus package that included everything from more stimulus checks to an extension for the expanded unemployment program to more aid for states. The Heroes Act has been largely ignored by the Republican-led Senate and is virtually guaranteed to fail in its current form. 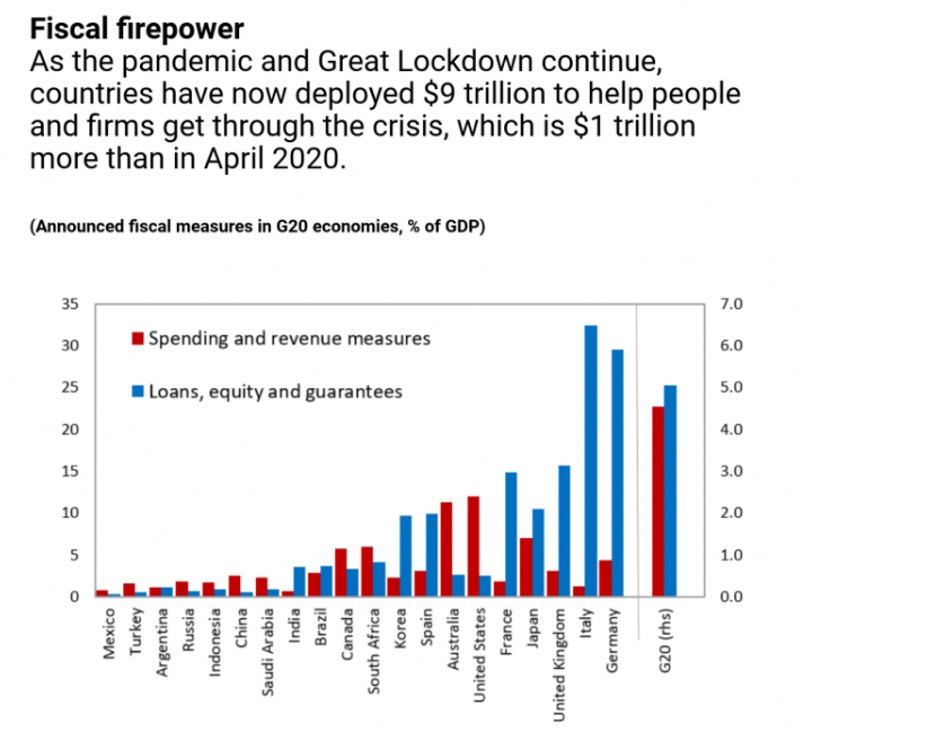 So, while the Fed has raised a red caution flag about the bank sector being exposed to a historic level of bad loans, there is probably enough additional firepower from the various branches of government to keep the market from buckling. It will likely be thought of as simply a temporary condition that will be remedied when a legitimate timeline for a cure for the coronavirus becomes relevant.

The next couple of weeks that precede the parade of big bank earnings should be a good tell of whether the market does have it right about broad central bank financial engineering and government stimulus. Mr. Market has certainly priced in some earnings bombs and a lot of bad news in the junk bond market, but the extent of which is very elusive. What the bulls are banking on is not the banks, but the Fed’s promise to pull out more shiny tools from its fiscal shed to keep the trend our friend. 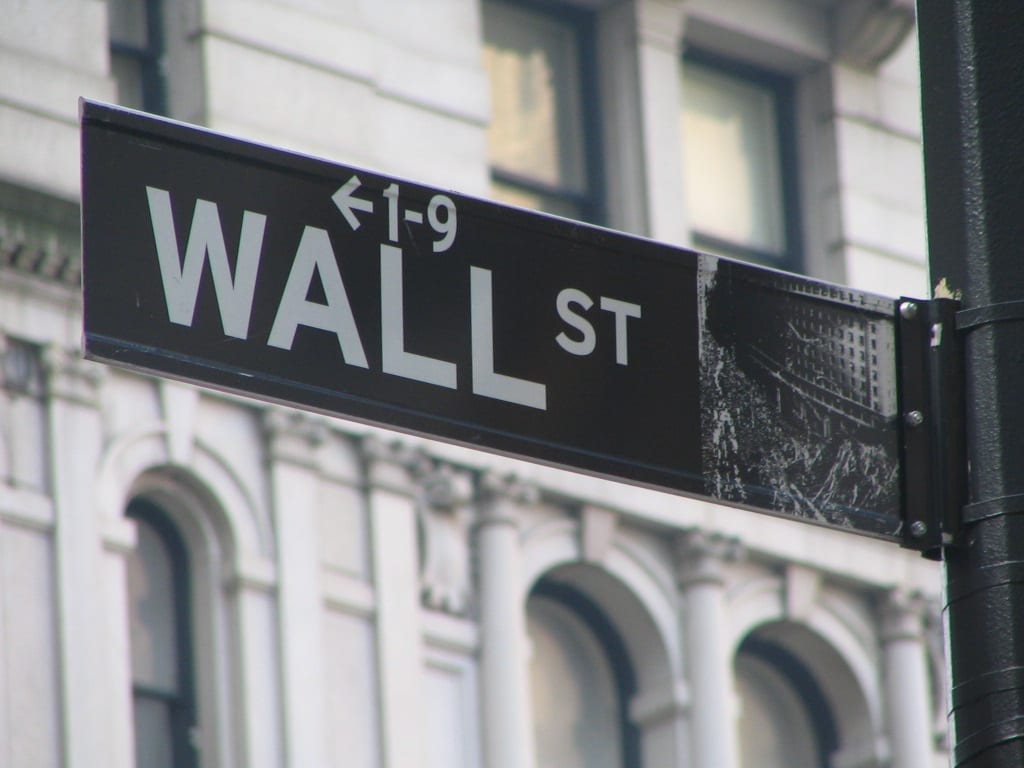 We just closed the books on the best quarter in decades, with the Dow Jones Industrial Average surging 17% and the S&P 500 soaring 20% over the past three months. But I’m not hearing a lot of cheering. While the numbers look great on the surface, anyone who wades out more than a few steps into the market can feel the pull of violent currents in the depths. We’re still a long way from “normal.” Until investors find economic bedrock under their feet, Wall Street is really just tr