The Backwardation of Joe Biden

If you’ve ever traded futures contracts, you likely know about the concept of “backwardation.” Backwardation is a condition where contracts for future months are decreasing in value relative to both the current and most recent months.

Backwardation is considered a bearish sign, as it indicates that traders expect prices over the long term to decrease. This term came to mind recently as I saw a host of presidential election polls showing the substantial lead in the race by presumptive Democratic nominee Joe Biden.

Former Vice President Biden is up nearly nine points in the Real Clear Politics Average of nationwide polls, and he is well ahead of President Trump in each of the key swing states that are likely to determine the winner.

In fact, even Wall Street executives are starting to brace for a potential Biden win as President Trump’s numbers are fading. But would a Biden victory in November represent a sort of “backwardation” for the country?

I definitely think the answer is yes, as I think that an administration which is intent on raising taxes, increasing regulations and pandering to the anti-capitalist social justice warriors in the “woke” wing of the Democratic Party would be bearish for America.

Given the latest buzz about a potential Biden presidency, I thought I’d share my observations of the “backward” nature I observed from the then senator. Yes, my observations are intentionally humorous, but they also are designed to expose the inner workings of the man’s thought process.

So, let’s dive right in.

We All Scream for Ice Cream: A Joe Biden Tale

You can tell a lot about a man by the way he eats.

Some men like to sit down to a meal, take their time and savor each and every morsel of food and drink. People like this tend to be thoughtful, meticulous, confident and, in many cases, hedonistic. How do I know this? Well, I’ve been known to spend more time than most in getting through a multi-course, wine-paired meal.

Still, other men like to dig right into their prize, attacking the meal with fervor and a literal hunger for life that reveals their carpe-diem approach to the world. This type of person tends to be decisive, purposeful, driven and a born leader. My favorite example of this type of eater is my good friend and investment guru extraordinaire, Doug Fabian.

But what do you say about a man who eats his meal in reverse order?

That thought has plagued me ever since I sat next to Sen. Joe Biden on a flight from Washington, D.C. to my hometown of Los Angeles, California. Sen. Biden was on his way to L.A. for an appearance on HBO’s “Real Time with Bill Maher,” while I was returning home from my annual pilgrimage to the nation’s capital for a meeting with friends, publishers and the members of some of my favorite think tanks.

After exchanging pleasantries with the senior senator from Delaware, Biden wasted no time in digging right into his criticisms of the war in Iraq and what he perceived to be the folly of the Bush administration. I expected nothing less from the senator, as he’s known for his outspoken critiques and his shoot-from-the-hip commentary.

What I didn’t expect was a lesson in how to eat a meal backwards.

Now, since I had the benefit of being seated in first class during this flight, the flight attendants were very attentive when it came to serving what was a surprisingly tasty meal. The first course was a salad with Italian dressing, which was followed by a main course of a plump, well-seasoned chicken breast and a side of rice. The best part of the meal, for me, was the dessert, which was a generous scoop of gourmet chocolate ice cream.

I ate my meal with my usual casualness, and in the aforementioned order. Sen. Biden, however, took a different path. Biden accepted the salad, but he put it aside and saved it for later. When the main course came, he politely rejected it. But when the ice cream came, Biden’s fervent personality really came out. He emphatically asked for a serving, although he had not yet eaten any food.

Biden ate his ice cream while we discussed Kevin Phillips’ book “American Theocracy,” the then-latest critique of the Bush administration’s religious overtones. After eating the ice cream, Biden pulled out a hefty ham sandwich from his briefcase and consumed it in a deliberate and determined fashion. Once the sandwich disappeared, the Senator turned to the only remaining bit of food left on his tray table, the salad.

As I watched this reverse-order meal consumption, a thought occurred to me: Is this why the federal government is so screwed up? Is Sen. Biden’s backwards approach to a meal indicative of what’s wrong with Washington? Does this backwards-eating pattern explain why the government does everything less efficiently and less effectively than the private sector?

Given my theories on discerning knowledge regarding a person based on how they eat, what was I to make of Sen. Biden’s meal habits? The only logical conclusion is that Biden looks at the world — shall we say — differently from the rest of us. And while there is nothing wrong with a slightly different perspective on things, I don’t think I want someone a heartbeat away from the presidency who eats his ice cream first.

The next thing you know, this person will advocate raising taxes to stimulate the economy, negotiating with our ideological enemies as a means of portraying strength and railing against judges who think interpreting the Constitution is the only proper function of the courts.

Wait a second… that’s what Biden wants? I knew there was a reason why he ate the ice cream first.

The End of Silence

Get yourself a break from self-rejection

It’s not so bad, and anyway

At the end of the day

All you have is yourself and your mind

The punk rock icon, writer, TV personality and fellow Renaissance man Henry Rollins hit the musical and lyrical bullseye with his 1991 album, “The End of Silence.” Every song on the album strikes your emotional core with the force of an upper cut from Mike Tyson, not only lyrically and vocally, but also via the overdriven guitars and aggressive drumbeats. The lead track, “Low Self Opinion,” exhorts those who are suffering from a lack of self-esteem to stop lamenting and start thinking. Because as Rollins correctly observes, at the end of the day, all we have is ourselves and our minds. That’s good advice for anyone, regardless of your self-esteem status. 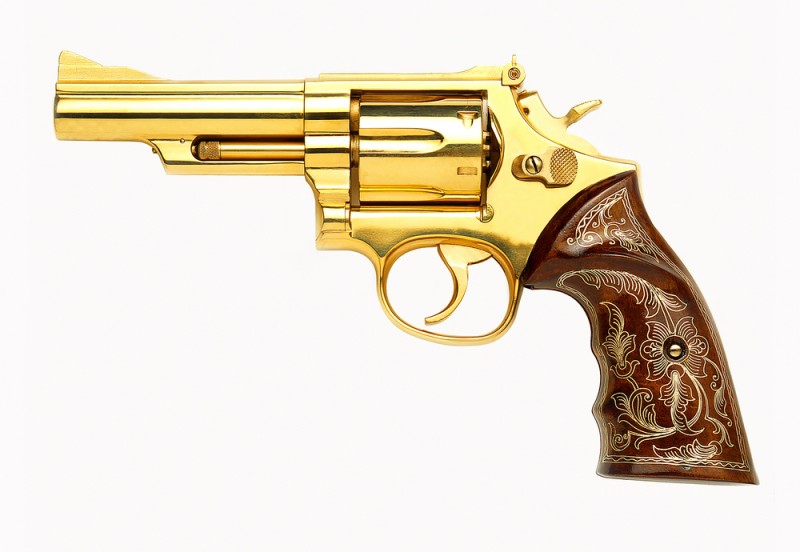 Paul Dykewicz discusses four gun stocks to buy as a result of the recent wave of civil unrest and amid calls to defund the police.