Why We Held an Emergency Meeting This Week 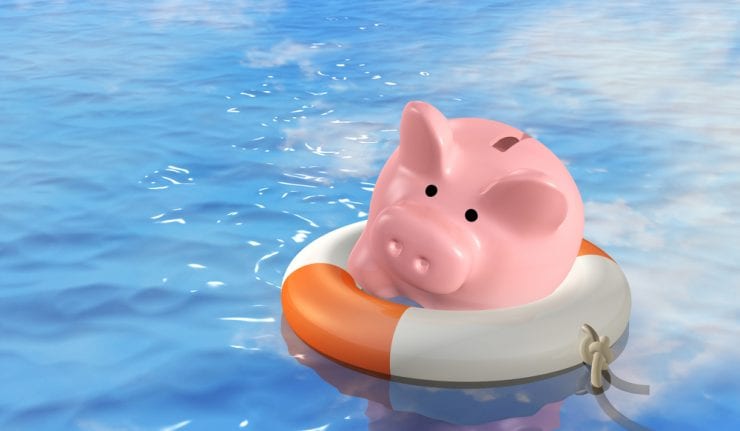 “Never underestimate the size of a panic or the power of a politician.” — Sir Harry Schultz

“Rebellion to tyrants is obedience to God.” — Ben Franklin’s proposed motto for the United States of America.

This week was supposed to be the week we all met in Las Vegas for FreedomFest 2020. Over 1,300 people had already signed up, despite cancellations. Alas, the imperial governor of Nevada canceled our big event at Caesars Palace. There was no hearing, no apology and no offer to reimburse us for the costs we incurred.

Meanwhile, the governor allowed hundreds of gamblers to meet and socialize in the casinos.

My wife, Jo Ann, and I traveled to Las Vegas and met up with quite a few attendees who had come to Caesars Palace anyway. We gave them each a “Catch the Vision” bag, which will be a collector’s item. In talking to the attendees in Vegas, many were shocked about how the government could restrict our freedoms practically overnight and continue to do so. Are our democratic and individual rights as citizens, businesses and institutions in sharp decline?

At an event sponsored by the Investment Club of America, we all met up at an undisclosed location in Vegas with some local supporters, and we had our picture taken holding up copies of the Cato Institute’s booklet of the Constitution, Bill of Rights and Declaration of Independence. (Thank you, Cato Institute!)

We wanted to declare our support for our First Amendment right to freedom of assembly and free speech. We had a photo taken (see below), and while a few participants wore masks, but most took them off. We didn’t want our voices to be muzzled.

Note the size of the crowd. We want everyone to know we were in defiance of the governor’s mandate to limit conferences to 50 people. We weren’t a threat to anyone.

Good news! On Monday, July 13, we hosted a “virtual” Emergency Meeting of FreedomFest.

I moderated four panels with 15 of our top speakers. You will learn the truth about the pandemic… the scary tax increases under Joe Biden and the radical Democrats…. huge changes in the economy, politics, culture and the markets…. the outlook for the November elections…. and the potential dangers and threats from China, the Middle East, Latin America and Europe.

You will also see a debate over the growing threat of voter fraud in November.

You can watch it at any time by going to www.freedomfest.com. It’s free of charge. Already, over 3,000 people have watched it.

Here is the agenda:

The “New Normal”: What Has Permanently Changed

The Pandemic Election: What to Expect in November

What’s Our Expectation for the Future and the Markets?

Our theme for next year’s big show, scheduled for July 14-17, 2021, at the Paris Resort, in Las Vegas, is taken from Ben Franklin’s famous refrain, “Healthy, Wealthy and Wise.”

We already have over 800 people signed up. However, we don’t start taking registrations until November.

At our banquet each year, we sing a song entitled, “Freedom and Gold.” The lyrics warn of the three greatest threats: “inflation, taxation and government control.” This anthem has never been more appropriate than in 2020.

But we will never give up. We will continue to fight the good fight against government tyranny. Ben Franklin’s motto was “Rebellion to tyrants is obedience to God.”

We will continue to adjust our investments to take advantage of the situation, no matter how dire. Free enterprise, especially in technology, and gold are the best investments as we enter a new decade.

Amazingly, up popped a series of articles ALL defending the wearing of masks. I couldn’t find a single article against masks. The articles included: “CDC calls on all Americans to wear masks,” “Do face masks really reduce coronavirus spread,” to which the response was, “Yes,” and “The argument against the argument against facemasks.”

When I mentioned this bias to FreedomFest attendees this week, one person mentioned an alternative to Google: DuckDuckGo.com, a search engine that is gaining momentum because it offers privacy, objectivity and encryption. It has 63 million daily searches!

I went to www.duckduckgo.com, typed in “the case against wearing masks” and got quite a different list — it has had several articles by medical scientists arguing against masks, the topic I was actually searching for.

Google keeps track of every entry you make and profiles you. It also uses an algorithm that supports its own biased views. I find this very disturbing.

I’m glad to know there is an alternative. From now on, I’m avoiding Google and using DuckDuckGo. It maintains your privacy and doesn’t track your entries.

Hedge Against the Euro With This Fund

Jim Woods discusses an exchange-traded fund that allows investors to hedge against the euro.