At-home meals are the new norm during this unprecedented quarantine, and three top stocks are helping to keep both stay-at-home diners and investors satisfied.

Since mid-March, eating out largely has been a memory. Even as certain parts of the country begin to reopen non-essential businesses, restaurants are still required to slash capacity and, in many cases, reservations must be made far in advance for any prospective patrons.

Lately, the trend has shifted to eating at-home meals, with the stock market offering a selection of stocks that may please the profit-seeking palates of discerning investors. The following three stocks show that consumers are craving comfort food, their favorite restaurant foods or grocery-shopping to create culinary classics.

Campbell Soup Company (NYSE:CPB), has been an American staple for decades, whether it’s warm soup on a rainy day, or goldfish of any flavor found in a child’s lunchbox. As of late, the company is on safe ground and has seen steady growth as consumers are turning back to familiar favorites. Campbell reported its third-quarter results on June 3 and gave renewed evidence of its loyal consumer base.

The company’s net sales increased 15% to $2.24 billion, and its earnings per share (EPS) from continuing operations of $0.55 increased by 34%. The company expects its adjusted EPS to be in the range of $2.87 to $2.92, which indicates a 27% increase from $2.30 reported for the same period last year. Moreover, the third-quarter report showed that organic sales increased by 17% due to unexpected consumer purchasing due to the pandemic.

Mark Clouse, the president and CEO of Campbell Soup, gave credit to consumers for the strong third-quarter results.

“In the quarter, we experienced unprecedented broad-based demand across our brands as consumers sought food that delivered comfort, quality and value,” Clouse said. “Campbell’s products were purchased by millions of new households, with total company household penetration increasing over 6 percentage points in the quarter compared to the third quarter of fiscal 2019.” 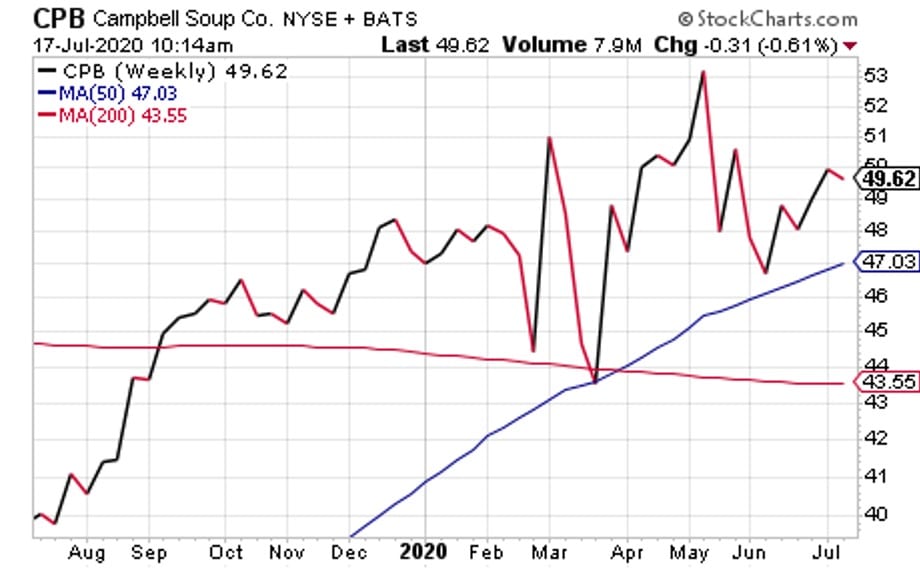 Domino’s Pizza Inc. (NYSE: DPZ), currently one of the largest fast-food chains, found itself effortlessly filling consumer needs during the pandemic. In its first-quarter 2020 conference call, the company announced it would be moving to a 100% contactless delivery model nationwide. In its latest efforts to accommodate consumers, it offers Carside Delivery, an option for both online and in-store purchasing.

On July 16, the company announced its second-quarter 2020 financial results, serving as a testament to the uptick in at-home meals. The company reported fiscal second-quarter net income of $118.7 million, or $2.99 per share, according to CNBC. This rise is up from $92.4 million, or $2.19 per share, for the same period last year. The results beat analysts’ expectations of the company reporting $2.24 per share. Domino’s also beat expected net sales with a 13.4% increase to $920 million versus analysts’ projections of $911.5 million.

While dividend suspension is happening across the board, on July 15, the company’s board of directors announced Domino’s would be paying a $0.78-per-share quarterly dividend to shareholders of record, as of September 15, 2020, to be paid on September 30, 2020. 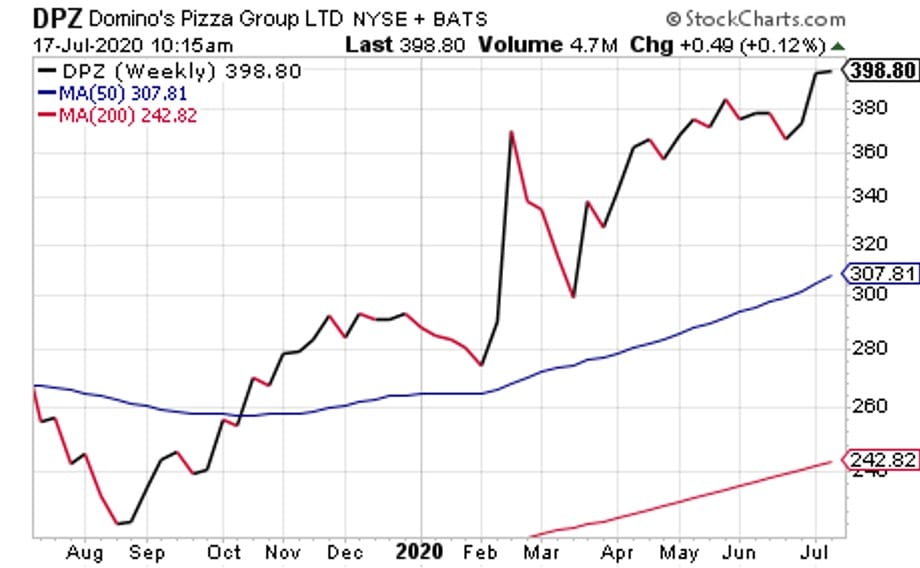 Walmart Inc. (NYSE:WMT) has remained a strong stock throughout the pandemic. It caters to customers shopping for a variety of products, including ingredients for at-home meals. Shares of the company had increased by 9.69% as of July 14, outpacing the S&P 500’s increase of 3.92% for the same time frame, Yahoo Finance reported.

At-Home Meals Are Not the Only Thing Propelling Walmart Forward

As previously reported, Walmart has been ramping up its e-commerce presence and is not looking to stop anytime soon. The company announced in July that it would be launching a subscription service. The service, reportedly called Walmart+, will build on its current Delivery Unlimited subscription offering and is reported to cost the same $98 per year. In addition to the benefits of the Unlimited service, it may offer benefits on fuel purchased at Walmart gas stations and early access to product deals, according to Vox’s Recode. 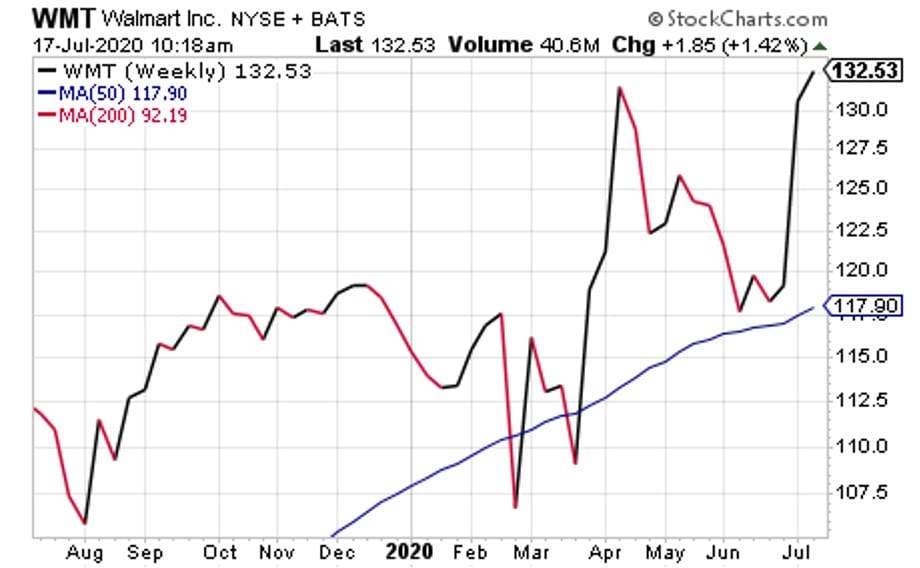 At-Home Meals Are a Main Course in the Stock Market

Ultimately, COVID-19 has created a shift in people’s daily lives. What’s become apparent is that many consumers are embracing the at-home-meal atmosphere. Stock market news is showing that companies like Campbell are thriving as people are turning to comforting and familiar meal staples, while others are standing by their favorite fast-food chains like Domino’s.

These At-Home Meal Companies May Be Providing More Than Food

Food is an ever-present necessity, but the three companies above may be worth looking into for more than a favorite meal. While the first two companies delivered strong second-quarter 2020 financial results, the third, Walmart is reportedly launching a new service, which may strike up a fierce competition with Amazon. For investors looking for a potential payout, the companies above may just be worth the research.