Why Big Tech Is Neither Broken Nor A Big Buy Now 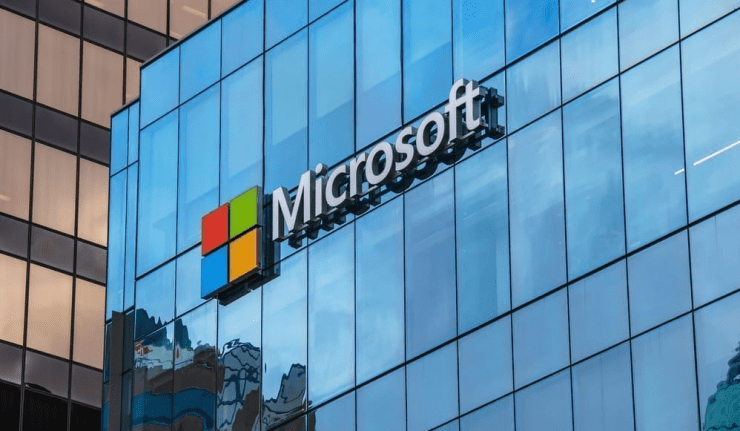 This has not been a great week for day traders whose only guideline is that the biggest stocks on the NASDAQ always go up. Big Tech has become a surprisingly big drag on the market.

What’s remarkable is that the quarterly numbers haven’t been terrible. They just simply aren’t strong enough to justify a lot of additional upside.

In more simple terms, the battleships that have been driving the rally have hit a wall. They’ve taken the market a long way, and now investors are having trouble believing that they can go any further.

But while the Big Tech battleships have stalled, they’re still billion- or trillion-dollar enterprises, not empty shells.

There’s no bubble here, only a little froth. And while that may not make these stocks a strong buy right now, there’s no reason to sell here either.

In a Holding Pattern as Multiples Max Out

When the Fed started pumping hot money into the market to cushion the COVID-19 crisis, nobody knew how far asset prices would stretch before hitting a limit.

Months later, we have a much better idea. In a zero-interest-rate environment, Microsoft can command a peak price of 37X forward earnings and 8X revenue.

That’s the kind of valuation that makes traditional investors nervous. After all, the market, as a whole, rarely supports half that earnings multiple.

But in a world where leverage is cheap and growth is scarce, even a little hope goes a long way. While the quarantines slowed Microsoft down, we are unlikely to see actual earnings deterioration here.

Management has confirmed that we can count on earnings expanding about 7% over the coming year. Compared to the S&P 500, where profit contracted a harrowing 44% last quarter, and will probably close 2020 with a dismal 20% decline, that’s practically a boom.

Everything else being equal, I’d rather own Microsoft than the S&P 500 as a whole. However, the time to buy in was when the stock had been beaten down to $135 just four months ago.

At the bottom, mighty Microsoft was available for only 23X earnings. This was clearly a bargain that Wall Street couldn’t ignore.

However, 37X earnings now seems to have been a little too rich for investors to tolerate. Unless something fundamentally changes, we now know the extent of Microsoft’s COVID-19 trading range.

The valuation floor is roughly where the market as a whole has hit a near-term ceiling. Microsoft buyers will cheerfully step in when the S&P 500 looks overextended. That’s good to know.

It means that even day traders are obeying basic rational limits. They aren’t simply throwing money at every hot stock they can find.

But, this means that even the day traders aren’t exuberant enough to push Microsoft beyond the 37X frontier. This stock will stay stuck below $1.6 trillion until the economy provides a stronger tailwind.

And we can apply similar math to any of the other giants. Apple, Amazon and the rest are still more attractive than any number of more vulnerable stocks in other corners of the market. So, there’s no reason to sell.

There just isn’t much sense in buying this close to the known ceiling. Microsoft and Apple might have 7% in easy upside to capture before they hit the wall again. Beyond that point, gains will be scarce and grudging.

Hold your shares if you have them. Wait for another test of peak valuation before you sell. Or, if you want to accumulate more stock, wait for a better entry that provides real headroom.

The math also reveals the limitations of investors’ love for Elon Musk. As remarkable as it might sound, his “reality distortion field” can’t push Tesla all the way to orbit without help from strong numbers.

At its recent peak, Tesla was worth 133X earnings. Fans of the company simply weren’t able, or willing, to push the stock beyond that level in a pandemic, even in a hot-money world.

That’s roughly what Amazon is worth now after an 11% slide. Evidently, Jeff Bezos inspires more passion on Wall Street than Elon Musk.

Either way, I am not buying them here. Ask me again about Amazon after it releases a post-pandemic outlook.

And in the meantime, Turbo Trader and High Octane subscribers have been doing very well by opportunistically shorting the giants when their stocks get too far ahead of the real world.

For those looking for real organic growth, you’ll get my top recommendations in GameChangers and plenty of fresh ideas every week on my “Millionaire Maker” radio show. (Click here for recorded episodes and local stations.)