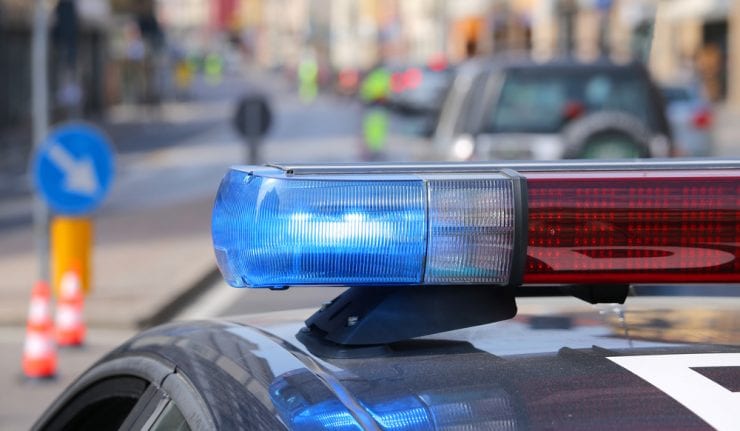 I don’t know about you, but I’ve had just about enough of Big Government telling me what to do.

Stay six feet apart, no assemblies of more than 10, 20, 50 people, shelter in place, or whatever the latest restriction on our freedoms are to “save us” from coronavirus. Meanwhile, millions of people have lost their jobs, their businesses and even their freedom.

Just take the case of New Jersey business owners Ian Smith and Frank Trumbetti of Atilis Gym in Bellmawr. The two were arrested Monday and charged with one count of fourth-degree contempt, as well as one count of obstruction and one count of violation of a disaster control act, because they kept their facility open in defiance of statewide coronavirus mandates.

So, if citizens don’t comply with government edict, well, just put them in jail. After all, government is the real entity that matters, not the citizen (as I slather on the sarcasm).

Then this morning, I see another form of big government harassment, this time by Congress and its House Antitrust Subcommittee, targeting “Big Tech” and its potential “censorship” abuses. The subcommittee has hauled up, virtually speaking, CEOs of the four biggest, and I say four of the best, companies operating today to complain about how they run their businesses.

Because, after all, everyone knows that politicians instinctively have the skills to lead a giant technology company better than the billionaires who run and who created these enterprises (there’s that sarcasm again but it is needed today).

The illustrious panel includes Jeff Bezos of Amazon.com (AMZN), Tim Cook of Apple (AAPL), Mark Zuckerberg of Facebook (FB) and Sundar Pichai of Alphabet/Google (GOOGL), all men of genius, and all men who have done more good for society via creating products that nearly everyone uses and that nearly everyone finds value in than any member of Congress ever will.

Not to mention that these companies have created tremendous wealth for their shareholders, and for countless other companies associated with them, and for so many small businesses, personalities, artists, etc. who use their platforms to promote their businesses. Yet that doesn’t matter to either Democrat or Republican, liberal or conservative, politicians.

It seems like both sides of the political aisle want these companies to toe the line and do what they want them to do, or else! Yes, we’ll just impose some fines, restrict your freedoms (and by extension the freedom of your customers), and make sure you are scared of big government, because after all, you don’t have the right to run your enterprises — that right is reserved for government bureaucrats who get to decide what your online content should be (sarcasm alert No. 3, if you’re counting).

Then we have the most controversial, yet perhaps most destructive, form of government intervention — federal troops in our cities conducting what amounts to kidnappings of citizens exercising their First Amendment rights.

Now, this is not just my assessment, this is the assessment of my fellow small “l” libertarian brother in arms, Judge Andrew Napolitano. In an op-ed in The Washington Times titled, “How totalitarianism begins in the U.S.,” the judge wrote the following about the abuse of federal power in response to the protests in Portland, Oregon.

Last weekend, with no notice or local consent, the U.S. Department of Homeland Security sent teams of agents — untrained in crowd control and wearing military fatigues — onto Portland’s streets. Their uniforms bore no governmental, administrative or personal names, just the word “Police” on masking tape. They descended upon the city in unmarked SUVs and began grabbing people indiscriminately off the streets, without regard to the person’s lawful presence or personal behavior.

According to the account of one victim, he was walking peacefully in the downtown area, observing the chaos, when five masked men in fatigues exited an unmarked SUV, grabbed him and pulled him into the car. They tied his hands with plastic behind his back. They pulled his cap over his face. They kept him for two hours and then released him. They filed no charges against him.

Now, this is outrageous behavior on the part of government. Yes, the Portland protests over the policing in that city don’t seem warranted from my perspective, and I don’t condone violent protests, riots or any other form of violation of individual rights by mob.

Yet if you are a consistent thinker and someone who stands on principle, you must also “call it as you see it,” and point out the violation of rights being imposed by the feds in that city. As the judge wrote:

The feds’ activities are unconstitutional because they are using government force to arrest people without probable cause or arrest warrants. We know there is no legal basis for these “arrests,” as they have not charged anyone. Moreover, this is so harmful and terrifying — being kidnapped, handcuffed, blindfolded, not spoken to and then released, all for no stated reason — it will chill others from public dissent.

The First Amendment to the U.S. Constitution requires the government to protect speech, not assault those who exercise it. If these indiscriminate beatings and kidnappings are intended to deter folks from publicly dissenting, it is profoundly unconstitutional, counterproductive and will be costly to the federal government.

Grappling with a global pandemic, and with Big Government’s response to that pandemic, as well as its overreach into the freedom of association that is the big tech companies and its sinister infringement of citizens’ freedoms literally in our city streets.

To this I implore government to please, just stop.

And though this request will likely fall on the deaf ears of those in power, it’s up to us, American citizens who can objectively evaluate the impingement on our liberties taking place, to fully comprehend the threat. Because once we know the threat, we can speak out against it in whatever forums we have.

As I am fond of saying in this column, the only solution to bad ideas (in this case the very bad ideas of government abuse and overreach), are good ideas. And the only way to promote those good ideas is through rational conversations and sound arguments.

That is what I do in this column, and it’s what we all must do in order to promote a more perfect union.

Protect Yourself in Style

Okay, so we all have to wear masks to help prevent the spread of COVID-19.

That’s just good science, and I am a big fan of good science. But I also like to look good while promoting good science. That’s why I’ve decided to make my own masks, and to make those available to you with my new Way of the Renaissance Man masks. 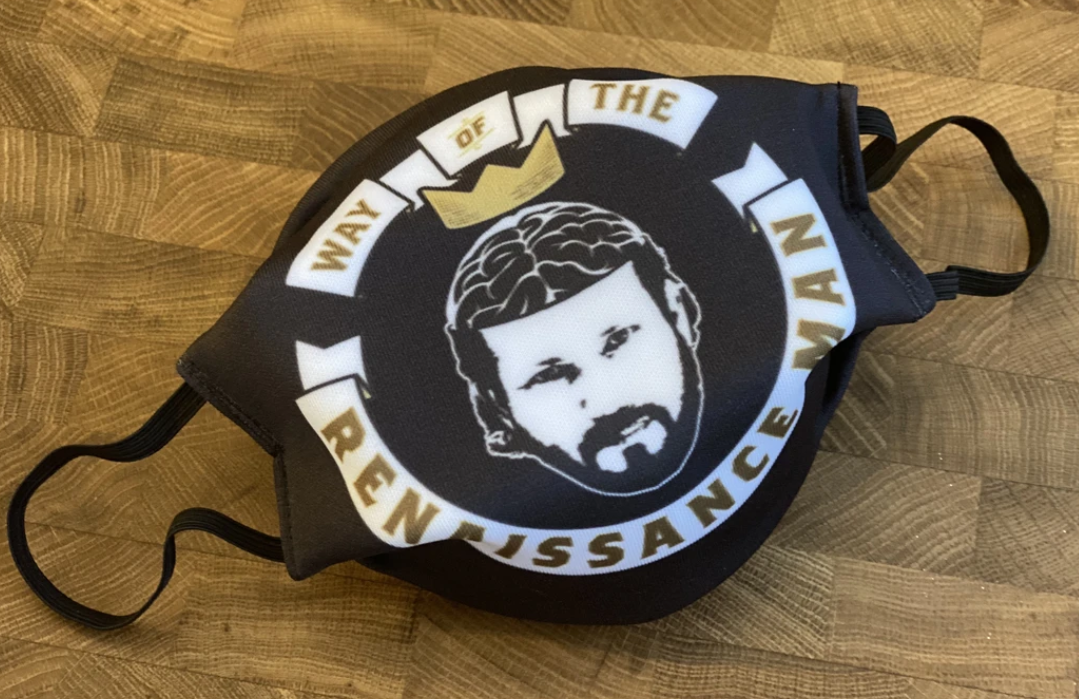 Protect yourself and those you care about in style with these handmade, 100% polyester masks that come with a sleeve to insert a greater level of protection with an N95 filter insert (not included).

Combat coronavirus in style, and always have a clean one handy by getting two or more now! The masks retail for $19.99 each, but today I’ve discounted the price to $14.99.

And as a special bonus offer for The Deep Woods readers, take another 20% off your order when you buy two or more.

Simply use the promo code: DEEPWOODS20 to get your special subscriber pricing.

Hey, protect yourself and look good doing it. Now, what could be cooler than that?

If Amazon can deliver salvation

I’ll order it up on my phone

With Big Brother watching me always

Why must I always feel so alone?

I’m a big fan of Americana band Drive-By Truckers, and I highly recommend their new album “The Unraveling.” There are some great songs on the record (yes, I’m old school, I call it a record) and some even greater lyrics. In the selection here from the song, “21st Century USA,” writer and frontman Patterson Hood opines on the nature of our e-commerce culture and the invasive nature of our surveillance state. Yet what makes this verse so powerful is that he also points out that despite our increasingly digitally connected society, most of us are feeling lonelier than ever.

previous article
Gaining Exposure to a Range of European Companies Through a Diversified Fund
next article
Investors! Do You Live in Fear or Faith?