Plant-based meat has been attracting an astounding amount of consumers and investors alike.

The rise of plant-based meat and its subsequent splash in the stock market has demonstrated the promise of alternatives to traditional beef, pork and chicken. For investors searching for a solid growth industry, plant-based meat stocks look ready to explode.

Veganism and vegetarianism have been exponentially rising in popularity in recent years due to a combination of health, climate change and animal welfare reasons. BYND has come to prominence at the pinnacle of this heightened plant-based food craze, and its extraordinary rise in share price aptly reflects that. According to Wall Street analysts, plant-based meat could become a $140 billion industry in the next 10 years.

The debate on the true health benefits of plant-based meats is ongoing. Since it is a relatively new addition to the market and our diets, it will take some time research to find any definitive answers. However, the downsides of consuming red meat have been evaluated thoroughly; a Harvard study linking those who consume red meat with higher risk of diabetes, heart disease, cancer and early death compared to those who do not.

The infamous Beyond Meat burger

With its unprecedented surge in share price, BYND was clearly overbought, and its incredible upside inevitably came with huge downsides. During the following few months, BYND’s share price retreated and stabilized somewhat between $130 and $170. However, the share price slid further to a low of about $78.

BYND surged 46.1% in January, rising from its $78 low and reaching as high as $130. The company announced partnerships with many important big names to bolster its rise in share price including Denny’s (NASDAQ: DENN), McDonald’s (NYSE: MCD) and Dunkin’ Donuts (NASDAQ: DNKN). BYND has even partnered with hip-hop legend, Snoop Dogg to help promote its Beyond Meat plant-based sausages.

As you can see below, BYND’s share price has been on a roller coaster since its IPO. Currently trading around $171.42, many investors believe the stock is overbought, but its rapid and drastic fluctuations in share price give short-term investors the potential opportunity for big quick gains. 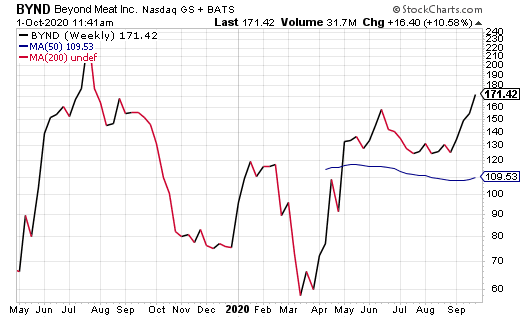 Other Corporations Using Beyond Meat

The Beyond Meat craze and its monumental surge in share price attracted competition in the plant-based meat market.

In August 2019, KFC tested a plant-based meat substitute in Atlanta, Georgia, at one of its locations, dubbing it “Beyond Fried Chicken.” KFC, owned by Yum! Brands, Inc. (NYSE: YUM) was the first fast-food restaurant to try out BYND’s meatless chicken.

Another big name in the industry, coffeehouse Tim Hortons, a subsidiary Restaurant Brands International Inc. (NYSE: QSR), rolled out Beyond Meat’s breakfast sausage to about 4,000 of its restaurants. However, the coffeehouse chain quickly decided to take the meatless sausage off its menu just months after its debut, except in Ontario and British Columbia.

A Tim Horton representative said, “We may offer plant-based alternatives again in the future, but we have removed it from the menu for now.” The coffeehouse chain added Beyond Meat as a limited time offer, and the spokeswoman continued, saying that the product was not as popular as they thought it would be.

Three More Plant-Based Meat Stocks to Look Watch Out For

Tyson Foods (NYSE: TSN) invested in Beyond Meat in 2016, then upped its stake in the company to $55 million in 2017. However, it eventually sold off its shares announced its own plant-based branch called Raised & Rooted. Tyson Foods is a competitor to BYND, but it has a long way to go if it wants to become a big name in the plant-based food industry. TSN currently trades around $60 with a 2.82% yield. 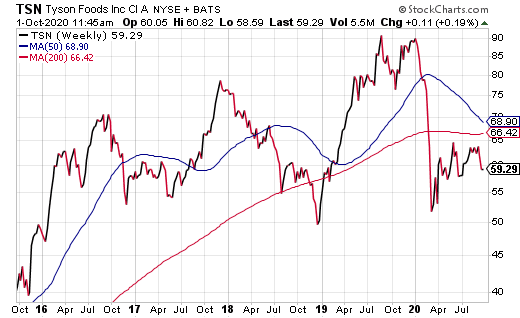 Kellogg (NYSE: K) acquired vegetarian food brand, MorningStar Farms in 1999. According to MarketWatch columnist Brett Arends, “They don’t tell the data but it has around $400 million of annual sales, which would be about twice as much as Beyond Meat is selling at the moment.” MorningStar clearly has potential, but it is up to Kellogg management whether they are willing to prepare the vegetarian branch for a potentially lucrative IPO. Kellogg currently trades around $64 with a 3.53% yield. 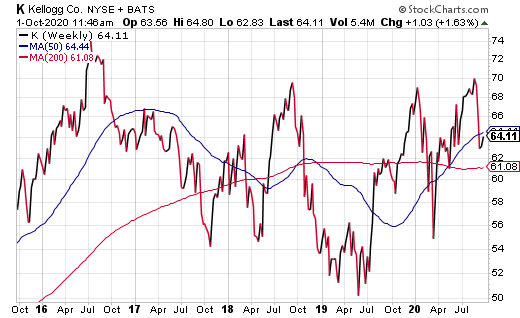 While Impossible Foods is not yet public, its potential IPO in 2020 is one to watch. In addition to fast-food giants, Burger King and Red Robin, Kroger (NYSE: KR) debuted the Impossible Burger at more than 1,700 stores nationwide in May. InvestorPlace contributer Will Ashworth said, “When it does go public, expect the valuation to be through the roof.” Keep in mind how much Beyond Meat surged in the beginning moments of its IPO. Kroger currently trades around $34 with a 2.12% yield. 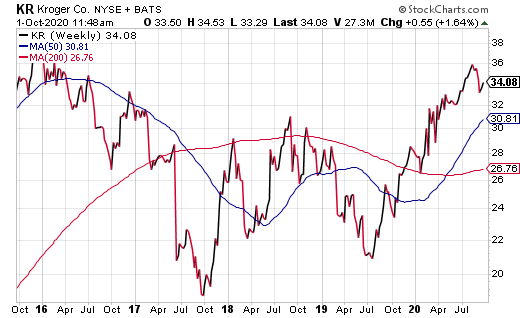 As always, I urge potential investors to conduct their own due diligence in deciding whether or not any of these opportunities fit their own individual investing and portfolio goals. While meat-based diets are more popular than plant-based diets, there is a huge new market for plant-based meat alternatives. Beyond Meat has paved a path for numerous other companies to join in, and investors could stand to make huge gains on the right stocks at the right time. 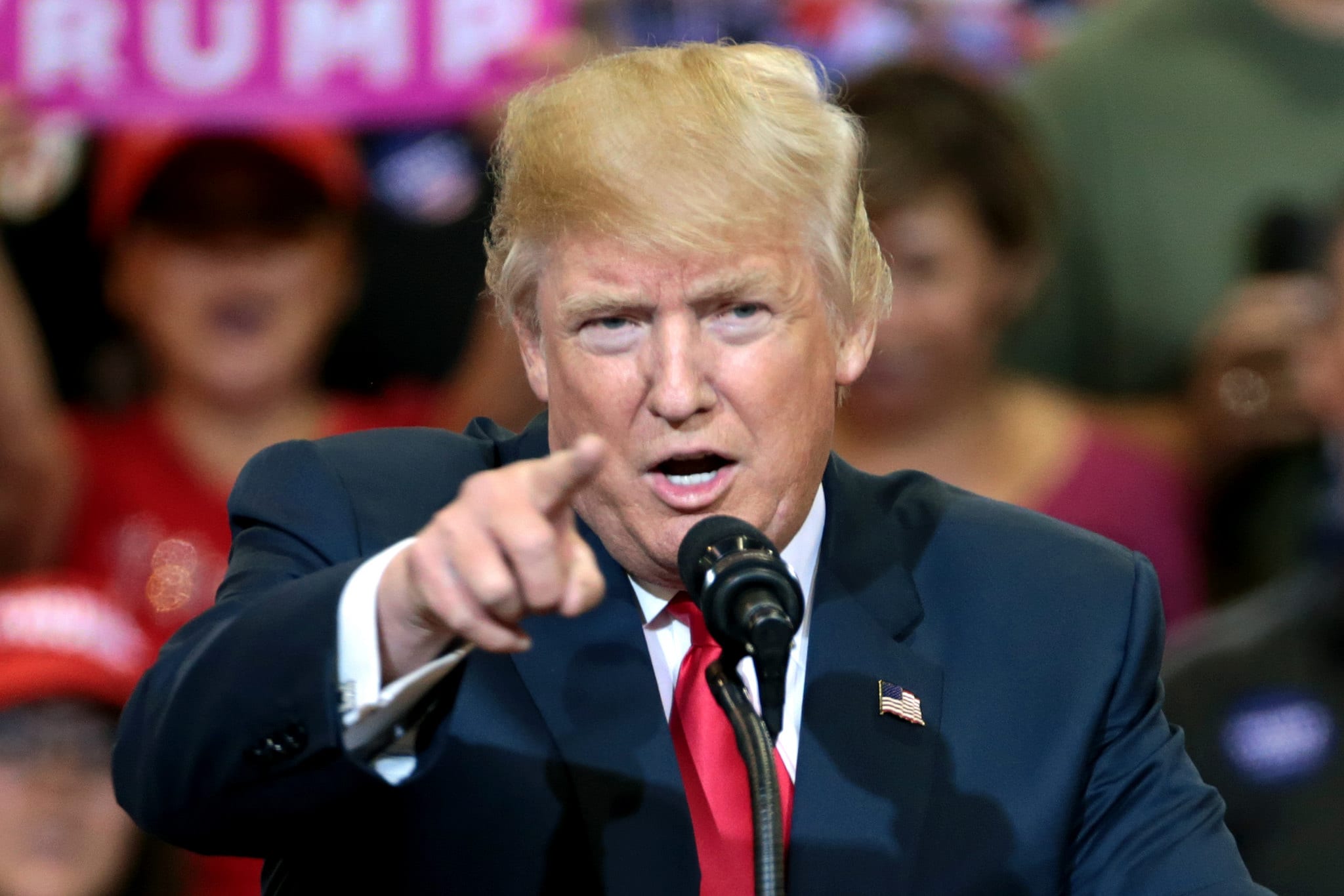 The first presidential debate of 2020 took place last night, and if you came away from the roughly 90 minutes of verbal chaos as disappointed in the result as I was, then you’re not alone. Even my random late-night sampling of opinions from both sides of the political aisle revealed just how unsatisfying the exchanges were between President Trump and former Vice President Biden. Perhaps I am too optimistic, but I didn’t think it was too much to ask that the two men vying for the de facto