With the fiscal cliff agreement safely finished, many U.S. investors now believe that smooth sailing lies ahead for U.S. equity markets. Go ahead and put Dennis Gartman (of The Dennis Gartman Letter) in that group, but don’t count him among the biggest fans of the late-hour accord: “This was horrid, awful, vile legislation but we had to pass it… and now we can put this fiscal cliff behind us for a while.” That said, Gartman is recommending that investors buy gold and equities for the year… taking the view that gold isn’t simply a defensive play, but another currency to play for bull market profits in 2013.

Winter Wheat Prices — A “Shock” to the System (Bloomberg)

A brutal double-play of bearish forces is coming together right now to push wheat prices to seven month highs. Investors probably can count on prices to continue to climb as a drought in the United States is expected to continue at least until March. And it’s decimating the U.S. winter wheat crop. Plus, global wheat inventories are heading for their third annual drop, producing a large increase in futures prices — and wheat prices down the road. An average of 32 analysts estimate that Chicago wheat futures will be up as much as 26 percent this year. Should the drought continue, watch for other commodities to follow suit.

Bucking a three-year trend, U.S. manufacturing output rose in December, according to the Institute for Supply Management’s index. December’s index rating climbed to 50.7 (with 50 indicating growth in manufacturing) from a low of 49.5 in November. Analysts are trying to convince themselves, and investors that this new “growth” score is indicative of a robust 2013 for manufacturing sectors. We’ll see. 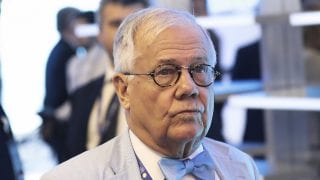