Real Inflation Is Fast on The Rise 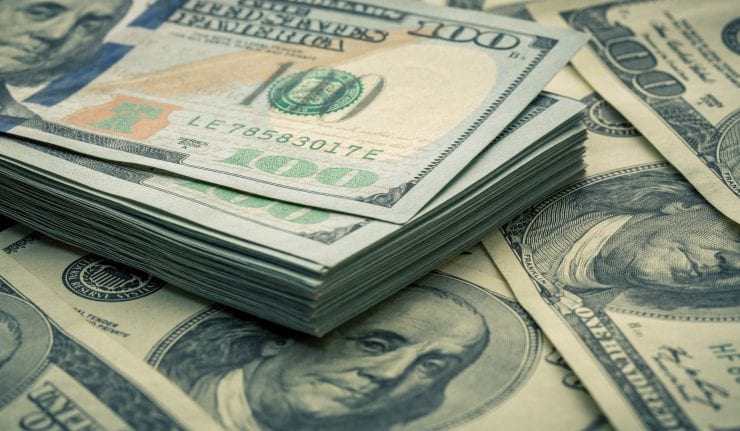 As the stock market hits new highs and garners almost all the attention of the financial media, there is another bull market taking place in the world of commodities and it is picking up momentum only a few weeks into 2021.

Throughout the current earnings reporting season, there have been numerous references on earnings calls about the rising cost of inputs pressuring margins for finished products. This leads to either higher prices for goods, lower profit margins or both. 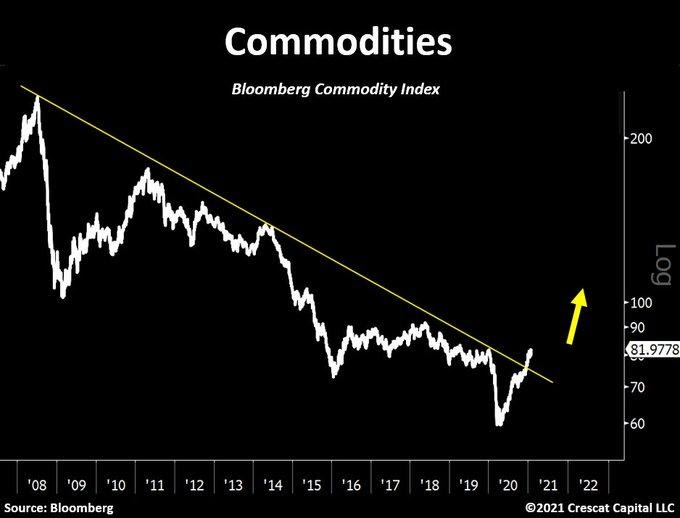 Crescat Capital’s Head Portfolio Manager Tavi Costa put forth some very intriguing commentary last week about the what the current state of inflation is versus the narrative.

“Of course, with every major developed economy still printing headline and core inflation below 2%, this is not today’s problem, but there is a reason for that: metrics such as CPI and PCE are politically convenient measures that strip away virtually all basket components whose prices are surging to give central banks leeway to pursue politically acceptable policies of reflating all assets (until the bubble bursts, but by then that will be some other politician’s problem),” Costa opined.

Both the Commodity Research Bureau Index (CRB) and the S&P GSCI Index are off to a very hot start, up 8.1% and 9.71%, respectively, as of Feb. 5. Costa states commodities are off to the best year-to-date (YTD) start in 30 years and no one is talking about it.

The Commodity Research Bureau Index comprises a basket of 19 commodities, with 39% allocated to energy contracts, 41% to agriculture, 7% to precious metals and 13% to industrial metals. The CRB is designed to isolate and reveal the directional movement of prices in overall commodity trades. 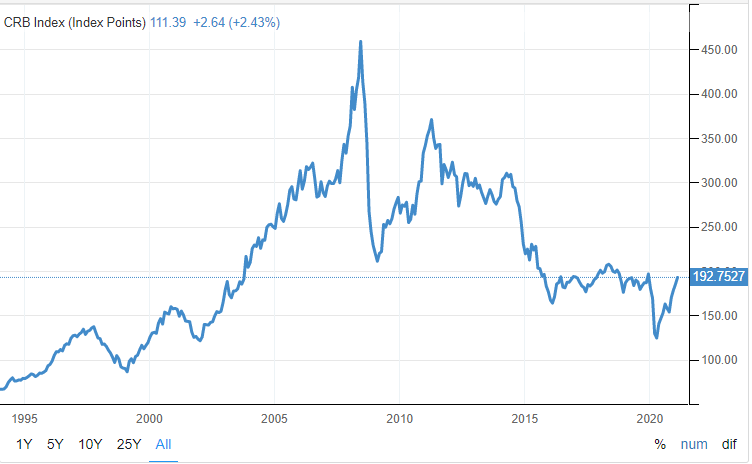 The S&P GSCI is a composite index of commodities that measures the performance of the commodity market. The S&P GSCI is the commodity equivalent of stock indexes, such as the S&P 500 and the Dow Jones. Investing in a GSCI fund provides a broadly diversified, unleveraged, long-only position in commodity futures.

Below are year-to-date prices of all the core commodities that make up the CRP and S&P GSCI Indexes. The huge spike in lithium (+40.86%), cobalt (+41.97%) and rhodium (+28.24%) jump off the page because we’re only five weeks into the new year. Prices of beef, poultry, corn, tea, canola, sugar, cotton, wool, lumber and rice are all up mid-single-digit percentages. All manner of energy prices listed below are up sharply. 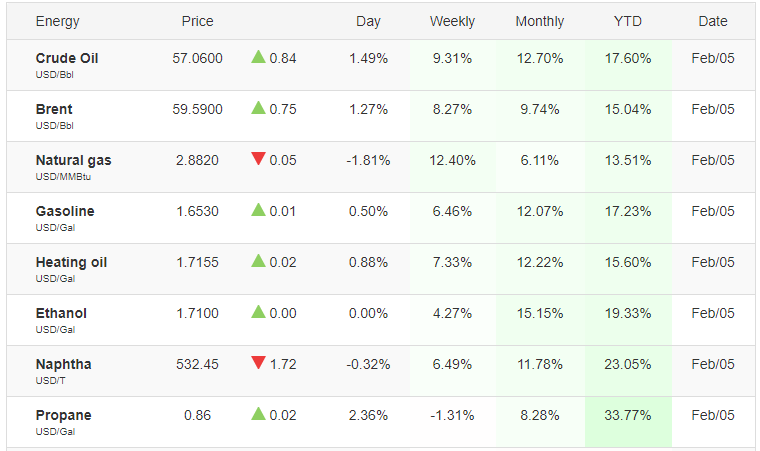 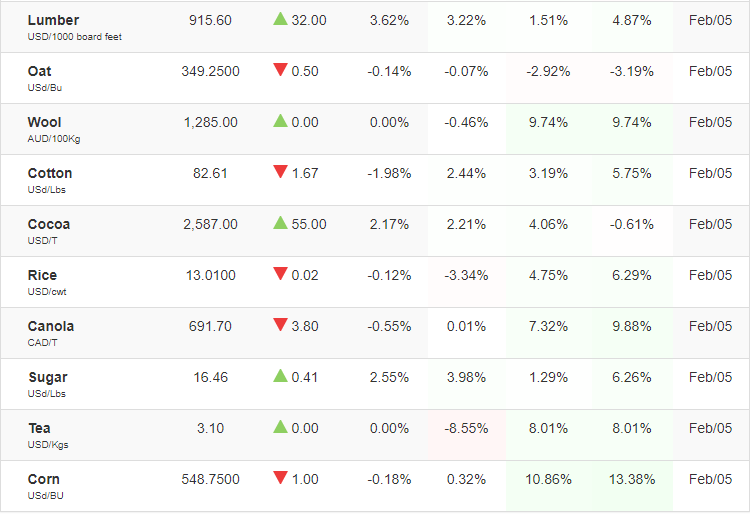 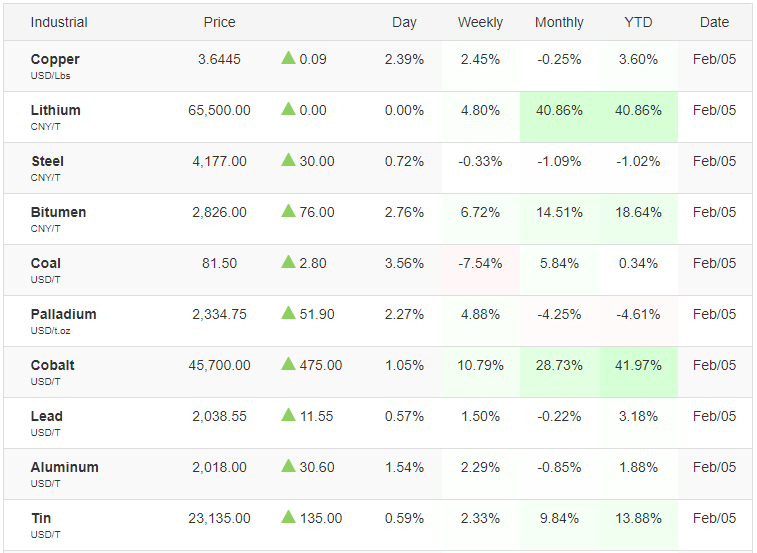 So, what are the implications of this sudden surge in commodities? While there are huge transformational shifts taking place in the energy industry towards cleaner and greener means by which the world powers up, only about a third of global power capacity is made up of renewable energy, according to www.irena.org. This argues well for natural gas to build on its recent gains.

According to the Global EV Outlook 2020, the sales of electric vehicles (EVs) reached 2.1 million globally in 2019 to boost the current global fleet to 7.2 million EVs. In absolute terms, China remained the world’s largest EV market, with 2.3 million electric vehicles in active use. By 2030, 20% of the global sales in EV autos and trucks will reach 20% of the total vehicle market. Don’t expect lithium prices to retreat anytime soon.

Apart from energy and transportation, which are rapidly moving in the right direction of real progress, inflationary pressures in the food sector are where there is some cause for concern. Modern farming technology is global at the commercial level. With nearly 8 billion people needing to be fed and another billion on the way in the next 15 years, the strain on the global food supply is very real. 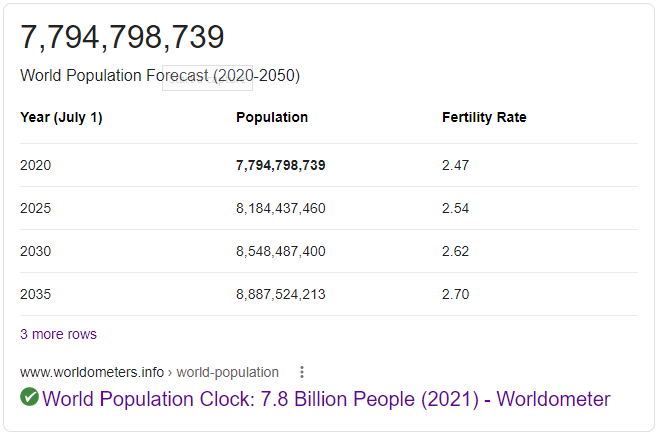 But here’s the commodity that takes the cake when it comes to inflation — water. According to Bluefield Research, Americans in 2020 paid an average of $104 per month in water and wastewater bills, up more than 30% in less than a decade. Water and sewer bills, which are rising faster than inflation, increased for an eighth consecutive year in a study of the country’s 50 largest metropolitan regions. Cities across the country are grappling with aging systems, fewer resources and extreme weather.

The average water and sewer bill in 50 cities jumped 3.6% this year, marking the eighth consecutive year of increases, according to a recent annual study from Bluefield Research. Since 2012, water bills have surged 31%, outpacing inflation. 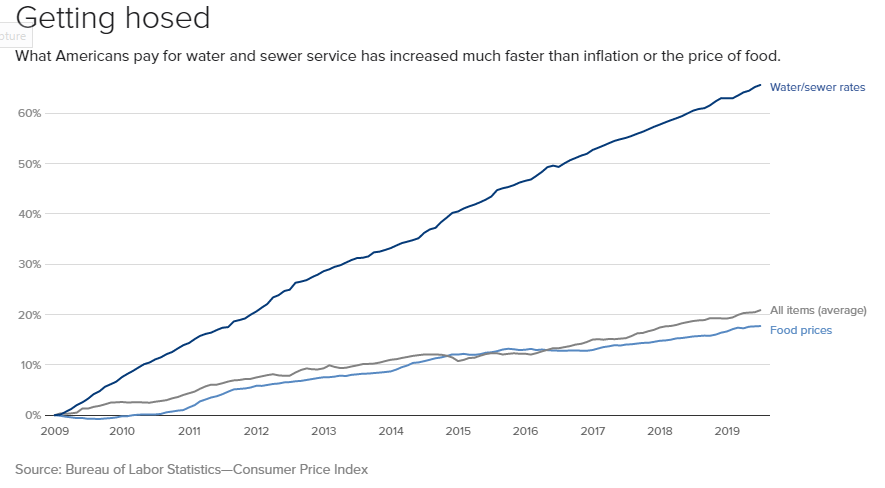 Cities across the country are grappling with aging infrastructure that’s costly to repair. Drinking water is delivered via 1 million miles of pipes across the United States, much of them laid in the early- to mid-20th century with a lifespan of 75 to 100 years, according to a 2017 report from the American Society of Civil Engineers. The group gave America’s drinking water infrastructure a grade of D. Wastewater systems didn’t fare much better, earning a grade of D+.

“We’ve been putting off that investment, we as a country, for decades now,” Bluefield Research’s Erin Bonney Casey told CBS MoneyWatch. “And so, there’s a backlog of projects that we need to do, and there isn’t enough money to do all of those projects.”

While the increases vary between metro areas, rates on average have increased every year since Bluefield began tracking them in 2012. Water is already unaffordable for one of 10 U.S. households, a share that’s forecast to triple to more than 30 percent of within five years, according to a 2017 study from Michigan State University.

How does this play out for investors in 2021? Easy, consider owning CRB and S&P GSCI tracking exchange-traded funds (ETFs) and stocks of companies of natural gas and liquefied natural gas (LNG) for the present, renewable energy for the future and EV battery suppliers, agriculture, water utilities and engineering/construction/aggregates for when Congress finally bites the bullet on massive infrastructure spending this year. If we are all going to pay more and, in some cases, a lot more for the basics we use and consume, then by all means have some portion of investments in these critical sectors that not only offset the cost increases, but also pad portfolio returns.

Exclusive  Five Space Investments to Buy as Conflicts Extend Beyond the Sky
share on: FacebookTwitter