Hilary Kramer is an investment analyst and portfolio manager with 30 years of experience on Wall Street.
share on:FacebookTwitter 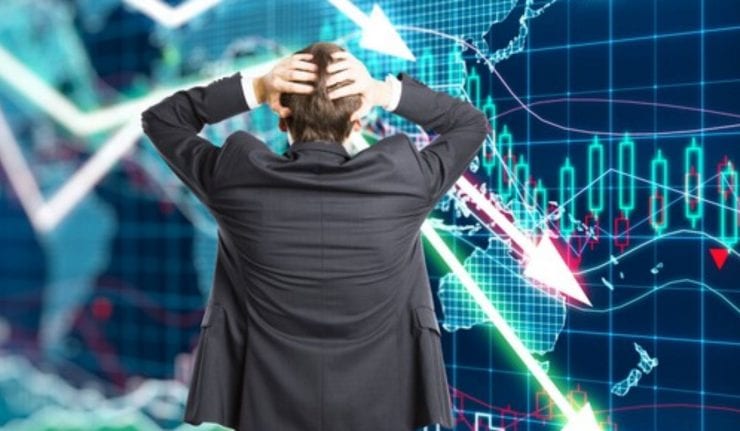 This week was a great litmus test for determining what kind of investor you really are. Was it just a speed bump or did it feel like the wheels were coming off Wall Street?

There’s no wrong answer. Depending on where you are in the market, this is the worst of times and the best of times.

In the first scenario, the market as a whole has created an unrealistic and fragile bubble. Valuations are stretched to the breaking point, while a collapse is inevitable.

That’s the narrative that often turns heads. It is easy to sell doomsday when investors are already nervous.

But, the second scenario is equally plausible. If you’re in the right stocks and have the right expectations, you can see bright days ahead.

Never forget that the S&P 500 typically climbs about 8% and pays a dividend yield comparable to Treasury bonds in a typical year.

In exchange for that enhanced long-term return, we surrender short-term comfort. Very few years are “typical.” Bad ones are frequent and weigh against the good ones.

And, when volatility rises, comfort evaporates. With only fleeting pauses, the CBOE Volatility Index (VIX) hasn’t settled at “normal” levels in over a year.

We live in an uncertain era. Like the economy as a whole, Wall Street is negotiating a crossroads.

On one side, you have the hot money. Technology companies and extreme valuations dominate that world. Just watch the Nasdaq move and you’ll get a good look at that world.

Exclusive  Do You Know About This Secret Government ‘Financial Crisis’ Situation Room In the White House?

But, most stocks are still rooted in the old pre-pandemic economy. These are the cinema chains, mall retailers, cruise ships, restaurants and airlines that plunged last year and never really recovered.

Now that the vaccines are getting deployed, the time is coming when these “old economy” stocks can get back to work. It’s going to feel amazing as people leave their homes with money to spend and cabin fever to cure.

At that moment, smart investors logically favor the “old economy” names that capture their fastest growth rates when the businesses recover from a significant shock. We’re already watching institutional money flow out of the Nasdaq into the relatively low-tech Dow Industrials.

I think this year is going to favor the Dow. The Nasdaq is already midway through what could easily become another 10% correction before it can reach for fresh records.

Apple and Amazon.com Factor into the Biggest Bubble and The Biggest Bargains

But energy stocks, banks and other “boring” companies look as cheap as they ever have. They’re coming out of a deep recession.

I just saw a note from J.P. Morgan calling this a “stock picker paradise.” I pick stocks. As long as you don’t limit yourself to one half of the market or another, it truly is an exciting moment.

So, where are we? As always, if you’re scared, retreat to the safety of dividend stocks. My Value Authority portfolio has plenty of ideas.

If you’re excited about the future, check out my IPO Edge. We’re holding up well here because we’re directly exposed to companies that are at the very start of their growth curve.

And in the middle, we trade the controversy. I’m talking about all of this on my Millionaire Makers radio show. Now there’s a podcast (Spotify)(Apple) as well to keep you focused on opportunities to build real wealth while avoiding obvious threats.

Yes, This Is the Cannabis Correction

If you’re new around here, it might look a little like the end of the world. Don’t panic. Hundreds of “hot” stocks took a big step back this week. The pain is nearly universal among the cannabis-related names on my screen. Only one of the tiniest fought its way to the upside. I’ll tell you more about it later. This Is the Cannabis Correction: Canopy Growth For now, I simply want to linger on the carnage as a teachable moment. The biggest stock in the indust