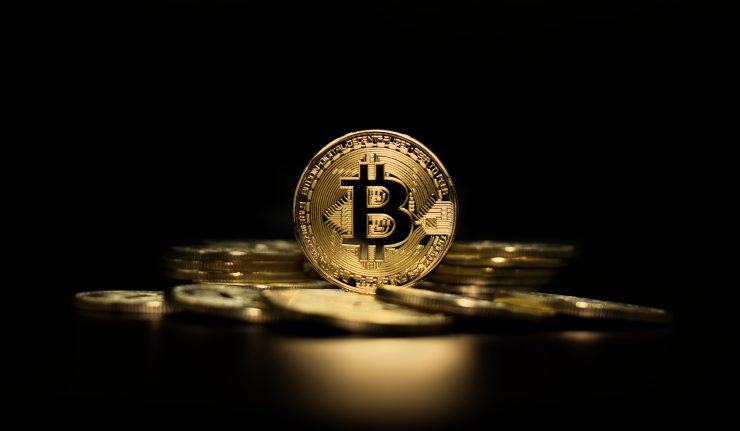 “Successful preservation of capital must overcome the handicaps of socialist governments, supposedly to help the masses.” — Gerald Loeb (quoted on p. 149 in “The Maxims of Wall Street”)

The headline is fiction. Today is April Fool’s Day.

Yellen has already told the press that she is no fan of a digital currency that is independent of government control.

Countries under an authoritarian regime, like India, under Prime Minister Narendra Modi, or the United States, under President Joe Biden, hate to lose control of their currency. Modi has threatened to make the ownership or the mining of Bitcoin illegal in the world’s largest “democracy.”

But, in reality, the dollar has been strong, up 20% this year, largely because long-term interest rates have risen sharply. The 10-year Treasury note is now yielding 1.7%.

The rate increases have hurt investments in gold and technology stocks this year.

But King Dollar is about to be dethroned, now that the Biden and the Democrats are spending money like water, and the Federal Reserve, under Chairman Jay Powell, is accommodating a spendthrift Congress by expanding the money supply at a 22% annualized rate.

The federal deficit is expected to be $2.3 trillion in 2021 and could rise to $4 trillion, or more, if Biden pushes through his infrastructure bill.

Price inflation has already taken off: food, gasoline, electricity, medical care and insurance have all advanced. Only airline tickets and apparel have come down in price.

But, the big change is the dramatic rise in deficit spending and the national debt. While consumers and businesses are acting responsibly in the face of artificially low interest rates, Congressional spending has gotten out of control. See the chart below. 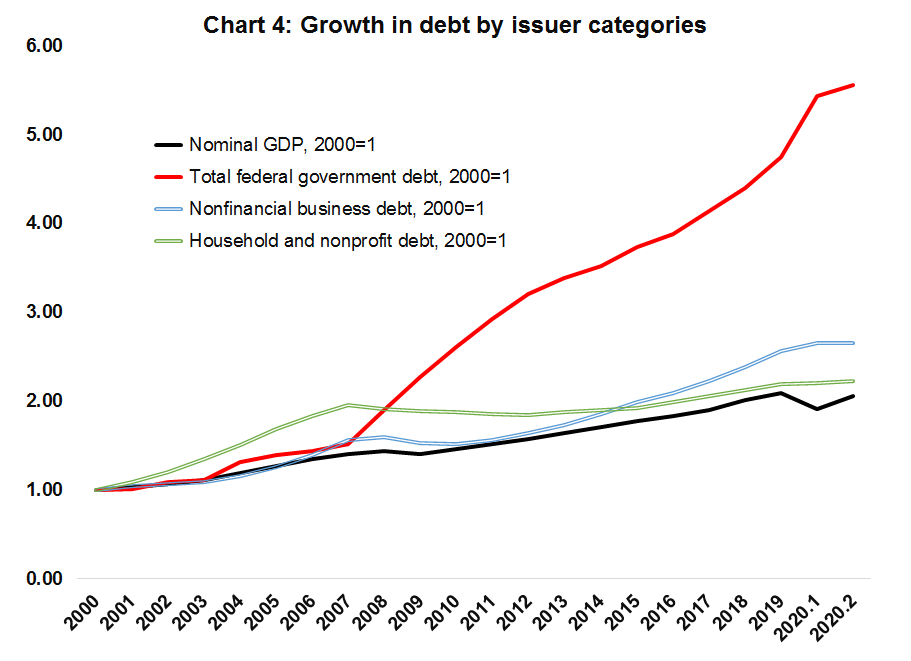 Courtesy of the American Economic Institute.

The federal government debt chart can only get worse over time. The Biden administration is planning to spend $2-3 trillion in a new infrastructure bill, which undoubtedly will be full of pork-barrel spending (earmarks) and “bridges to nowhere.”

No doubt, the United States needs to spend a lot of money to improve its roads, bridges, electric grid and airports. However, individual states are better equipped to fund and appropriate infrastructure spending.

Sadly, the White House and Capitol Hill have adopted the irresponsible “Modern Monetary Theory” (MMT) that radical professors have proposed.

They firmly believe that a nation can spend whatever it should in order to achieve a first-class health care and education system. They insist the government should guarantee everyone a job: If the private sector isn’t creating enough jobs, Washington should. (That’s scary.)

As the authors of their textbook state, “The most important conclusion reached by MMT is that the issuer of a currency faces no financial constraints. Put simply, a country that issues its own currency can never run out and can never become insolvent in its own currency. It can make all payments as they come due.”

They go out of their way to belittle any government leaders who speak out against “living beyond our means”… “spending like a drunken sailor”… “welfare dependency”… “burdening our grandchildren with the public debt”… or “national bankruptcy.”

I wrote a full review of the dangers of MMT in the Atlantic Economic Journal entitled, “There is Much Ruin in a Nation: A Review of Modern Monetary Theory.” Click here to read it.

Last night was the last time you were eligible for the “early bird” discount, and we had a huge response — nearly 1,600 people have now signed up for the “greatest libertarian show on earth,” July 21-24, at the Rushmore Civic Center in Rapid City, South Dakota — only 20 minutes south of Mount Rushmore. 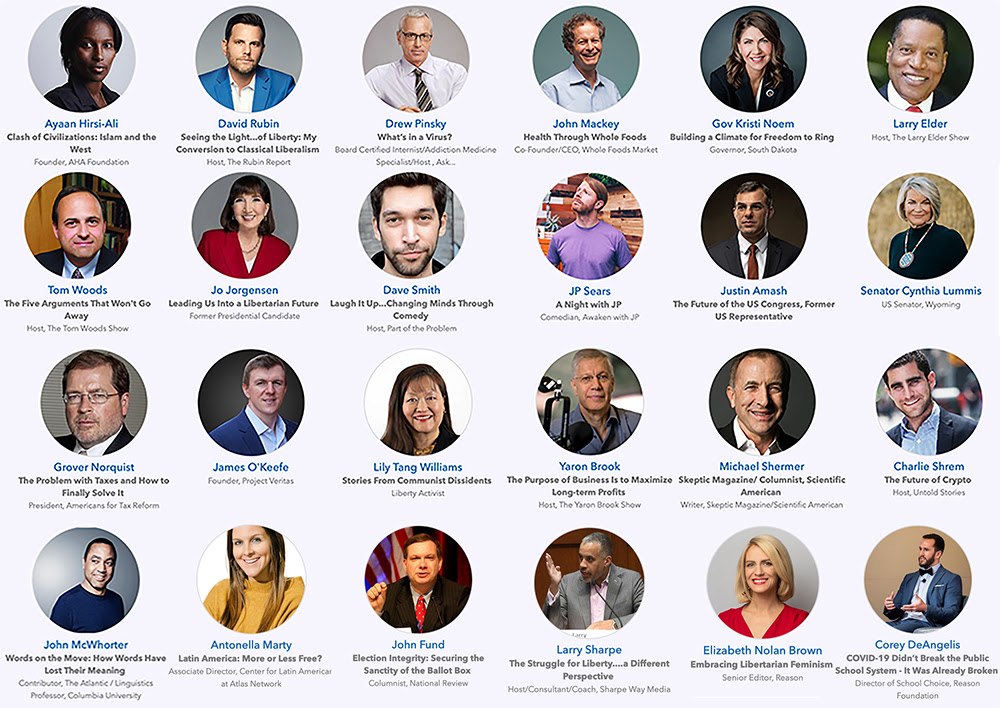 We have a great lineup of speakers, panels and debates. Plus, a three-day investment conference and Anthem film festival. Go to www.freedomfest.com for all the details.

Fly there, drive there, bike there, RV there, be there!

Demand for hotel rooms has been high. Good news — we are planning to open up a new room block in various hotels in Rapid City, South Dakota, in the next couple of weeks. So, stay tuned!

The Greatest Movie Ever Made About Easter

In celebration of Easter week, I recommend you watch the epic 1959 film, “Ben Hur,” starring Charlton Heston. There have been many religious films made over the years, but none compares to this “tale of the Christ.” 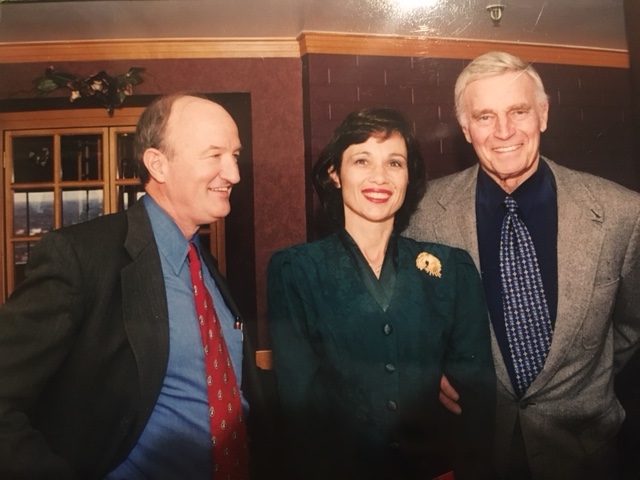 My wife and I had the pleasure of having lunch with Mr. Heston in the late 1990s at the New Orleans Investment Conference, hosted by Jim Blanchard. (See photo.) It was an unforgettable experience. He signed a picture as Moses in “The Ten Commandments,” and I presented him with a double eagle gold coin dated the year he was born.

A few years ago, we invited Fraser Heston, son of Charlton Heston, to speak at FreedomFest. He is a movie producer in his own right, and I count him as a friend.

“Ben Hur” is my favorite film and Charlton Heston is my favorite actor. The film won 11 Oscars, including Best Actor and Best Picture, all were well-deserved. It was produced by Sam Zimbalist and directed by William Wyler. 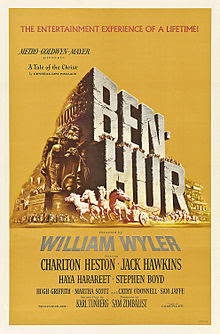 I have two all-time favorite scenes. The first one is the verbal fight between Messala (played brilliantly by Stephen Boyd) and Ben Hur (Heston) in defense of freedom over the tyranny of Rome. We’ve played it several times at FreedomFest. Click here to watch the three-minute clip.

The second scene is when Ben Hur is a prisoner being taken by the Roman soldiers to the galleys as a slave when the caravan stops for rest in the village of Nazareth. Ben Hur’s encounter with Jesus, the young carpenter, is the most spiritually moving scene I’ve ever witnessed on the silver screen. You must see it in the context of the entire film (which is three hours long).

The Christian doctrine of atonement, forgiveness and redemption is dramatically portrayed in this film without ever seeing the face of Jesus. The most important line is delivered by Ben Hur near the end of the film, when he says, “He took the sword out of my hand.”

The markets are closed on Good Friday. I salute Wall Street for honoring Easter in the face of an increasingly secular world.