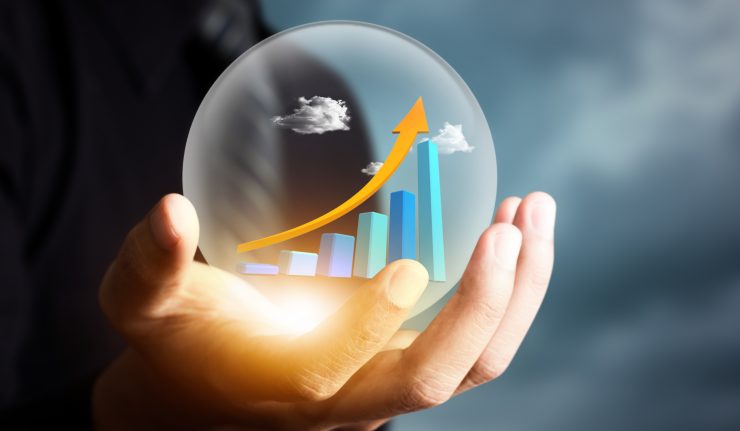 “The private corporation represents the ideal social institution, the only free non-revolutionary way for a new social order. America must take the lead in building the free industrial society.” — Peter Drucker

During my lifetime, most Americans looked to the government to solve the problems of poverty, unemployment, racism and inequality through a variety of social, fiscal and monetary programs.

Meanwhile, big business and Wall Street were vilified as the source of greed, inequality and fraud. And yet, the reality is that most government programs have failed or exacerbated the problems they were intended to solve.

As Peter Drucker, the 20th century’s #1 management guru, stated, “Indeed, government is sick — and just at a time when we need a strong, healthy and vigorous government.”

He argued that government can do only three things well — tax, inflate and wage war. We could add “lockdown the economy” to the list.

Business Has the Answer

Where should Americans turn to solve our problems? After World War II, Drucker said that private business, the corporate society, provided the only “free, non-revolutionary way” to a prosperous new social order.

According to Drucker, the large and growing corporation should be the conduit through which economic stability and social justice would be established. Only big business could afford to assume social responsibilities such as job security, training and educational opportunities, along with other social benefits, while providing new products and services to increase our standard of living.

He stated, “The only solution which makes possible both a free and a functioning society is the development of a company into a self-governing community.”

And Drucker predicted that America would lead the way.

Good News: New Survey Ranks Business as THE Most Trusted Institution in the World

A new worldwide survey has just been released. It shows that, after the 2020 pandemic, business is now more trusted than government, churches, non-profit charities or the media.

Here is the summary of the survey:

According to the Edelman polling in 14 countries, trust in the government is at an all-time low.

Globally, the majority (60%) of people say their country won’t be able to overcome its challenges without the involvement of business. Most people, 77%, said their employer has become their most trusted institution.

In the survey, people say businesses have outperformed government across every issue measured. They offered new ways to employ workers at home and they developed new technologies like Zoom to teach and correspond from anywhere; companies like Amazon and Netflix provided ways to deliver products and entertainment at home; they came up with vaccines in record time.

The great management guru Peter Drucker has finally been vindicated. (Click here to read my article, and learn more about this visionary leader.)

Business leaders used to be the villains in Hollywood. Now, they are the heroes.

Wall Street, the showcase of capitalism and entrepreneurship, rightly deserves to be at an all-time high. It pays to be invested in free enterprise. 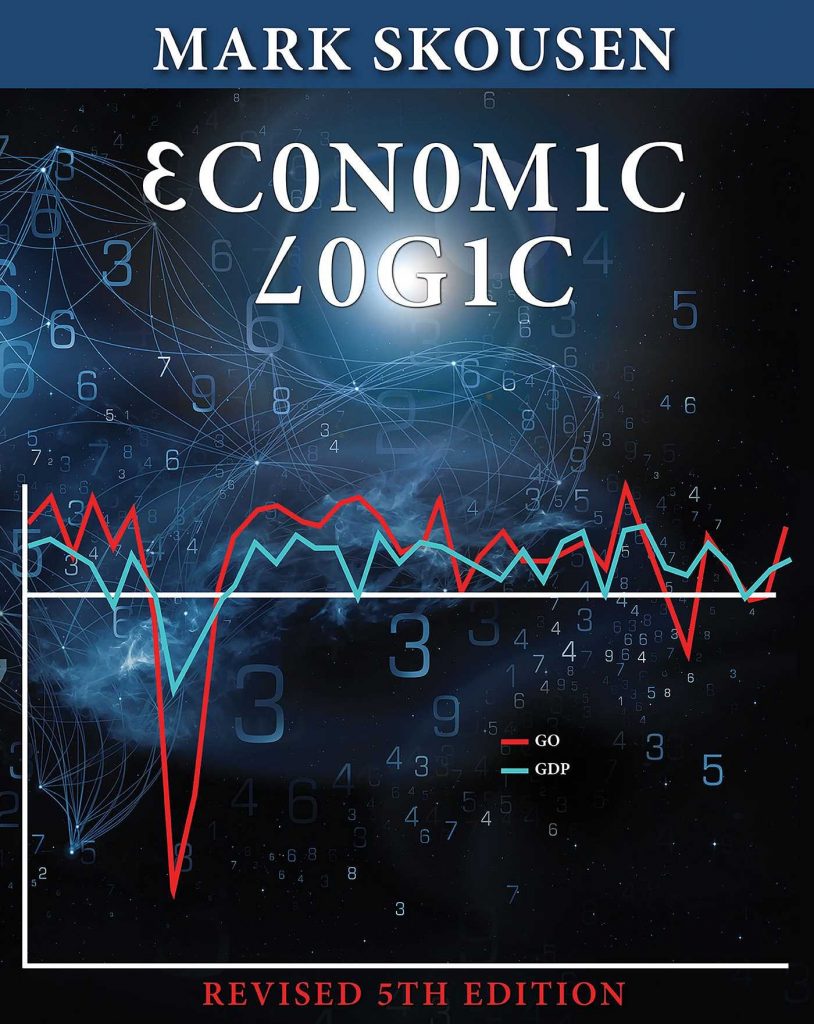 My textbook, “Economic Logic,” now in its fifth edition, offers a great introduction to how free-market capitalism works to fulfill Peter Drucker’s vision of a free and prosperous economic society.

Students love my book because it starts with the profit-and-loss income statement (chapter #3), before supply and demand (#5). Students get it. You will, too.

It has entire chapters on entrepreneurship (#12), the stock market (#13) and money and commercial banking (#18).

It is the first economics textbook to integrate gross output (GO), the “top line” in national income accounting (#15).

To see the dozens of ways my textbook is different than any other, click here.

Last April, at the Association of Private Enterprise Education (APEE) meetings, I talked with Michael Curry, who used “Economic Logic” while teaching his classes at Northwood University in Midland, Michigan. He says students love it because it’s practical and based on real-world experiences, not economic jargon.

As one student wrote on Amazon.com:

“My college econ classes, filled with perplexing theories like the paradox of thrift, GDP and Keynesian fiscal policy, were completely refuted by this excellent free-market textbook. Students, if your professors don’t use this text, get it for yourself so you can really understand the concepts of sound economics.”

The publisher normally charges $49 for “Economic Logic,” but you pay only $35 postpaid from www.skousenbooks.com. 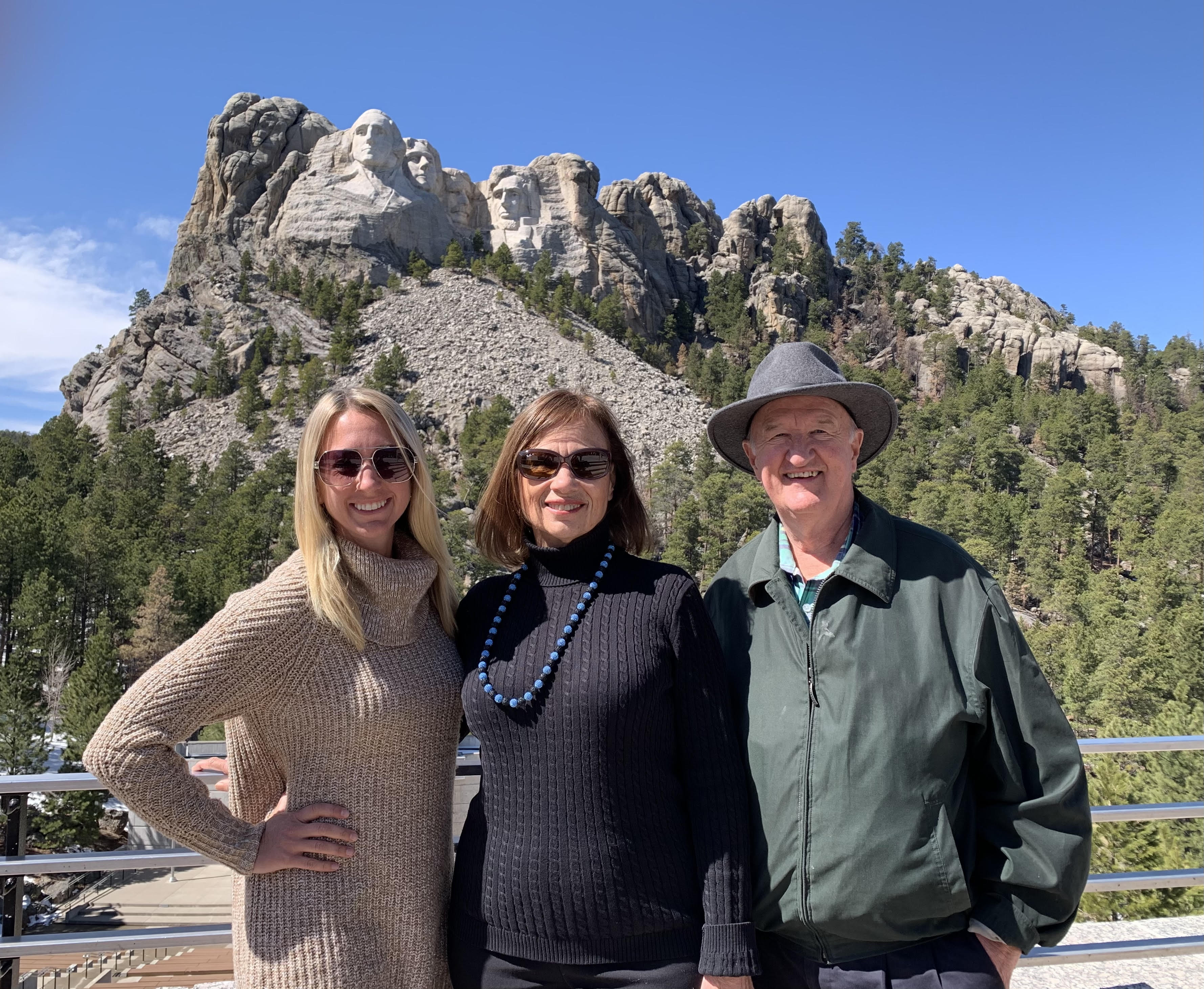 My family and I at Mount Rushmore.

Enthusiasm is mounting for this year’s big show in the Badlands of South Dakota, July 21-24.

All the major airlines are increasing their flights into Rapid City. Click here to see the current map.

Lots of my friends, relatives and subscribers are making it a family vacation. They are driving to South Dakota and are seeing the sights on the way. Parking is free at the Rushmore Civic Center. RV and other campsites are available in the area.

My wife has made a cross-country trip several times. She just wrote up about her experiences here.

We just added a new group of hotel room blocks, so I recommend you act now to avoid being disappointed.

There’s something for everyone at FreedomFest. Plus, we will feature Gov. Kristi Noem, actor Dennis Quaid, Grover Norquist, Larry Elder, John Mackey, J. P. Sears, Dave Rubin… over 250 speakers… all the free-market think tanks… the 10th-anniversary Anthem film festival… and the 40th-anniversary celebration of my newsletter at the historic Alex Johnson Hotel.

Plus, there will be excursions galore — to Mount Rushmore, the Crazy Horse Monument, Deadwood (a Wild West town where Wild Bill Hickok was shot), the Black Hills National Forest, etc.

We’re adding 50 new registrations every week. We already have over 2,200 attendees signed up. We expect a record turnout and we could sell out.

Do Universities Really Need a Vice President of Diversity, Equity and Inclusion?

It seems that adding another layer of bureaucracy is the rage at all the public and private colleges and universities these days: creating a Vice President for Diversity, Equity and Inclusion.

No longer does academia seek to attract the best and the brightest faculty to teach or administer higher education. Now it all seems to be about hiring the correct mix of race, religion and gender.

Nobody apparently really believes in the dream of Martin Luther King, Jr. anymore: “I look to a day when people will not be judged by the color of their skin, but by the content of their character.”

I like Thomas Sowell’s response to “preferential treatment” — his preferred term instead of “affirmative action” — in his letter from 1972 to the economics department chairman at Swarthmore College. The letter to Sowell said the college is “actively looking for a black economist.”

Sowell’s reply was: “Many a self-respecting black scholar would never accept an offer like this… When Bill Allen was chairman at UCLA he violently refused to hire anyone on the basis of ethnic representation — and thereby made it possible for me to go there a year later with my head held up. Your approach tends to make the job unattractive to anyone who regards himself as a scholar or a man, and thereby throws it open to opportunists… You and I know that many of these special recruiting efforts are not aimed at helping black faculty members or black or white students, but rather at hanging on to the school’s federal money.”

Of course, there is blatant discrimination on the basis of political philosophy. Can we expect the new Vice President for Diversity, Equity, and Inclusion to make sure half the faculty are market-friendly Republicans or libertarians?

Exclusive  Five Big Debates at FreedomFest: Which Was #1?
share on: FacebookTwitter