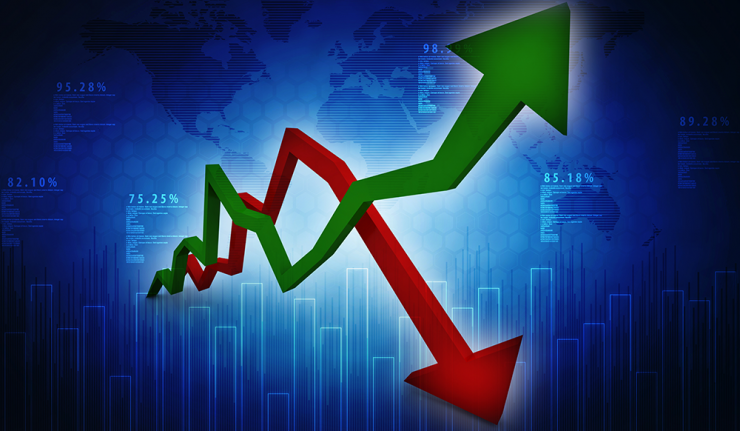 On the surface, the market has everything it needs to be afraid of the future. Economic progress is slowing. Inflation is elevated and taxes probably will go up.

Add it all up and you have a recipe for malaise, if not outright misery. So, why did Wall Street cheer this morning’s announcement that the job market isn’t as hot as it needs to be to keep the economic engine from stalling?

You need to look between the headlines for clarity.

The ‘Good Enough’ Recovery: From Recession to Recovery

On the surface, job creation in May was a disappointment. American employers only brought 559,000 people back on payroll when the economists were hoping to see at least 120,000 more new positions filled.

And, unemployment remains elevated at 5.8% of the work force. These numbers don’t suggest a boom. Instead, we seem to be in the early, tentative stages of a prolonged recovery.

Looking back, we can compare these conditions to what we saw in late 2003, when the dot-com crash was finally resolving, or 2014, years after the great credit crisis. Those years didn’t feel great.

People were still having trouble finding their way in the economic wreckage that every recession leaves behind. In both 2003 and 2014, the real boom came three to four years later.

So, if that’s where we are now, investors aren’t terribly worried about the month-to-month numbers as long as they point toward bigger corporate profit by the time 2024 rolls into 2025.

The ‘Good Enough’ Recovery: Keep Growth Ahead of Inflation

The only real challenge is making sure that pool of future profit stretches further at that date than it does now. Wall Street wants to make sure that growth stays ahead of inflation.

And that explains today’s cheering. Even though the Federal Reserve has flooded the world with dollars, big business is still grabbing enough of that money to give shareholders confidence that the future will be better than the present.

That’s why we buy stocks. Right now, the job market shows that the trend is still on the side of the bulls. It simply isn’t rebounding as fast as some people hoped.

The ‘Good Enough’ Recovery: Pick a Timeline and Stick to It

I don’t mind the slow rebound. We’re in the market for more than instant gratification.

Some of our best trades play out in multi-year cycles. My Value Authority, for example, revolves around buying high-quality companies on the dip and letting dividends tide us over while we wait for the growth numbers to convince Wall Street that these stocks are essential to any portfolio.

And even my IPO Edge will give the newest names on the market up to a year to attract a following. Several have earned triple-digit returns in a much shorter timeline (we’re talking weeks), but a little patience always helps.

The ‘Good Enough’ Recovery: Is Gratification Near?

If you demand instant gratification, the options market still makes a lot more sense. At that point, wins and losses add up so fast that inflation doesn’t get a chance to cut into any single position.

It doesn’t get much faster than 2-Day Trader, which lives up to its name. We rarely even give most of these positions a full 48 hours before either locking in a profit or jumping to the next hot theme.

When the market is unsettled, that’s the only way to live. It’s all a question of which timeframe makes you the most comfortable.

Some people love the high speed of day-to-day headlines. For them, today’s job creation numbers reflect a cooler economy than expected.

The Goldilocks Effect: ‘Perfect’ Is Subjective

Is 14% a reasonable amount of profit? If you asked me to hang onto a stock for four years to squeeze that much cash from the position, I’d probably laugh at you.

The S&P 500 can earn 11% in a typical year. Over the long haul, inflation has taken away around 3 percentage points a year.

Right now, inflation is a little elevated, but we’re also coming out of an extended period of stable prices. Statistically speaking, we should expect a little more fire in the economy than what we’re used to seeing.

Either way, if it takes you less than a year to earn 11%, you’re ahead of both the market as a whole, and the inflationary drag we’re seeing now. That’s what Wall Street sees in the job creation numbers: an economy that can keep the market ahead of inflation.

And that’s all it takes. Of course, earning 14% in two hours is a much happier proposition because we can do it again and again, compounding the gains across the long haul.

The ‘Good Enough’ Recovery: Are Triple-Digit-Percentage Gains Within Grasp?

At that level of return, it’s all about the rate at which your money is moving. Triple-Digit Trader is where we see the fastest annualized returns now.

The raw numbers aren’t huge. But they keep cash working while we wait for those longer-term stories to play out.

That’s where Goldilocks is always right: every aspect of the economy may not be perfect all the time, but it’s usually good enough to make Wall Street happy.

P.S Orlando MoneyShow, Championsgate Resort, June 10-12: The MoneyShow is back in person! Speakers not only include me but Larry Kudlow, Mark Skousen, Bob Carlson, Jon Najarian, Jeffrey Saut, Jeff Hirsch and Louis Navellier. Click here to register or call 1-800-970-4355 and mention priority code 052705 to attend for free.

share on:
Exclusive  The Difference Between REITs and Direct Real Estate Investing