I Want To Be In This Club 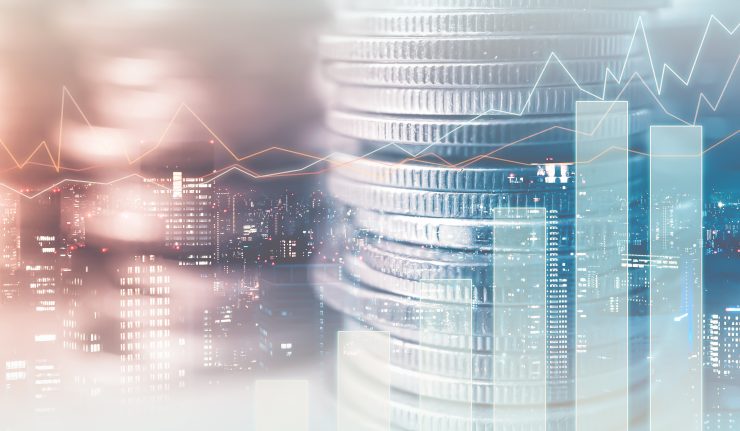 I’m not usually the type of man who wants to be in a “club.” In fact, I generally eschew membership in social organizations, political parties and other artificial constructs that humans create to feel kinship with one another.

However, there is one club of sorts, or more specifically, a list of individuals, that I would love to count myself a member of. That club, if you will, is the group of individuals profiled in what is being described as a “bombshell” story by investigative journalism organization ProPublica.

Here’s the headline of the article lovingly capturing the attention of the mainstream media, as well as progressive and populist websites around the globe: “The Secret IRS Files: Trove of Never-Before-Seen Records Reveal How the Wealthiest Avoid Income Tax.”

The story, which is an interesting read for a variety of reasons, is basically an analysis of the taxes paid by the richest Americans. The analysis is based on the private tax returns that ProPublica says it received from an “anonymous source.” The organization also claims that disclosing this very private information about American citizens is in the greater “public interest,” and this, they’ve concluded, outweighs privacy considerations.

So, who is in this “club” of the richest Americans, and what’s all the fuss about?

Here are some of the top names mentioned in the ProPublica article: Jeff Bezos, Elon Musk, Warren Buffett, Carl Icahn, George Soros, Michael Bloomberg, Bill Gates, Rupert Murdoch and Mark Zuckerberg. According to the report, the tax data “shows not just their income and taxes, but also their investments, stock trades, gambling winnings and even the results of audits.”

The article goes on to claim that “taken together, it demolishes the cornerstone myth of the American tax system: that everyone pays their fair share and the richest Americans pay the most. The IRS records show that the wealthiest can — perfectly legally — pay income taxes that are only a tiny fraction of the hundreds of millions, if not billions, their fortunes grow each year.”

Ok, let me unpack that statement, because it’s riddled with a few bad insights.

So, while the elite club of richest Americans profiled in the article show that they often paid very little or no income taxes in some years, the wider point is that the oft-vilified “top 1 percent” pay far more into the federal tax system than any other group. So, in a way, the ProPublica article unwittingly got it right in the sense that this is definitely not “fair,” i.e., not fair to the top 1 percent of Americans who pay far more into the system than other groups.

The other point here from ProPublica is that the records show that the wealthiest can pay “income taxes” that are only a tiny fraction of the hundreds of millions, if not billions, their fortunes grow each year.

The problem here is that the growth of one’s fortune via such things as share price appreciation of assets, including shares in a company, or real estate or a business, is not “income” until those assets are sold. And then it’s not the same as ordinary income, but rather, more like a capital gain.

“ProPublica, however, tries to make the case that the wealthy are getting away with murder through the tax code, so they do a calculation that has never been done before, comparing growth in wealth over the course of a year to taxable income. They use this to calculate an individual’s ‘true tax rate,’ which is sort of like handing out wins in a baseball game in the middle of the early innings and calling it the ‘true outcome’ of the contest.

“It’s hard to overstate how nonsensical this comparison is (which is perhaps why it’s never been done before). Our tax system rightly does not tax growth in one’s wealth until it is realized as income. After all, the alternative is a monstrously complex and unfair system of wealth taxation that developed countries have avoided.”

Ah, but you see, here is where the progressive and the populist dream “wealth tax” comes in, one where the most successful among us are taxed on our investment prowess and our ability to accumulate appreciating assets. That tax would not just be on our incomes, but on what we own. We know this, because Senators Elizabeth Warren and Bernie Sanders have already piggybacked on the ProPublica article to buttress their argument in favor of a wealth tax.

But let’s put this into perspective that most of us can relate to. A wealth tax would, in effect, consist of tax authorities coming to you and taking an annual inventory of your stock portfolio, 401(k), home value, automobile values, collectibles, art, furniture, etc., and then determining a figure of how much you are worth. Then, they would send you a tax bill on that amount each year. It doesn’t matter that you haven’t sold these items. The tax is just based on their overall value.

In essence, the ProPublica “exposé” is, in my view, just another attempt to try and vilify the rich for doing what we all should be doing — using the money we’ve accumulated via our productive achievement, and investing that money in appreciating assets that can flourish into enormous wealth.

So, one day, I hope to be in that exclusive club, the club where my tax returns reveal that I paid little or no taxes in a given year on income because all of my wealth was tied up in the best stocks, real estate and business investments that I made with the expert knowledge of the markets that I’ve accumulated over the years.

To me, the ProPublica article was a financial form of a Tony Robbins seminar, one that has motivated me to be a subject of the next ProPublica on how the super-rich legally avoid paying Uncle Sam.

If you want to come alongside me as a future member of this exclusive club, then I invite you to check out my newsletter advisory services today. Together, we can get on our way to being the subject of a ProPublica piece.

P.S. Wouldn’t it be fantastic to listen to some brilliant minds that have the opposite views of those in the ProPublica piece? How about if those views were packed into a four-day event right under the nose of Mt. Rushmore? Well, reality has delivered, and it comes to us in the form of FreedomFest 2021. This year’s theme is “Healthy, Wealthy & Wise.” The conference takes place July 21-24, in Rapid City, South Dakota. Keynote speakers include JP Sears, Ayaan Hirsi Ali, Dave Rubin, John Mackey, Dr Drew Pinsky, Jo Jorgenson, Larry Elder and many more. I will also be there as a speaker and as a podcaster, and I will be joined by friend and colleague Dr. Mark Skousen. So, if you are looking for a place to celebrate freedom and to immerse yourself in pro-human, pro-reason and pro-wealth ideas, then FreedomFest is for you! To see the full schedule, go here!
***************************************************************

Putting One Fake Foot in Front of the Other

Some men, when faced with overwhelming, life-shattering adversity, choose to embrace the circumstance. And in doing so, they live a life of epic inspiration.

In the new episode of the Way of the Renaissance Man podcast, I speak with just such a man, former Army soldier and retired police officer, Steve Martin.

Steve is an Afghanistan war veteran whose battlefield injuries cost him both of his legs.

Yet, rather than allow that to stop him, Steve chose to overcome his personal battles, conquer his inner demons and live a life that we all can aspire to. From overcoming pain medications and becoming one of the first double-amputee field police officers in the country, to becoming an athlete whose participation in high-profile competitions has elevated awareness for life after amputation, Steve is a man whose mindset we all can learn from.

“Any program of voluntary government financing has to be regarded as a goal for a distant future.”

The novelist/philosopher was an advocate of voluntary taxation to fund the essential needs of a very limited government, one whose proper functions are restricted to the police, the armed forces and courts of law. As Rand put it, “citizens would (and should) be willing to pay for such services, as they pay for insurance.”

Unfortunately, the massive federal leviathan is far from voluntary, and far from mere insurance to preserve our domestic safety, ensure our security against foreign enemies and to adjudicate our legal disputes. So, is it any wonder why most of us rightly take steps to minimize our tax footprint?