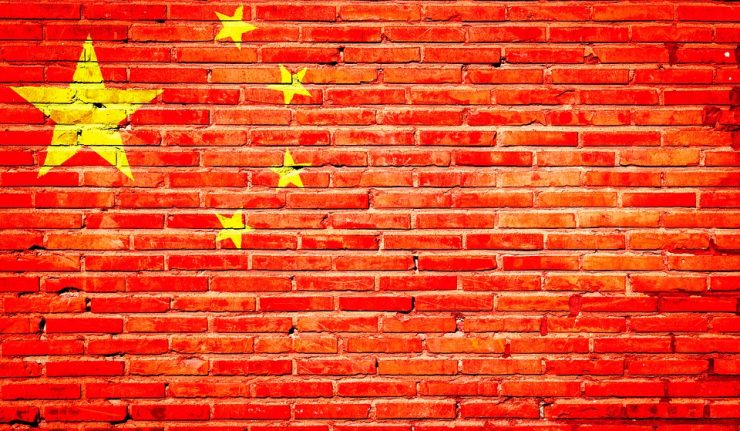 The classic definition of the phrase “like a bull in a china shop” is a person who breaks things or who often makes mistakes or causes damage in situations that require careful thinking or behavior.

I think this metaphor can be applied to the current situation regarding the growing tensions between the United States and its Western allies and China. While there are no Chinese vases getting busted, the fragile and untrustworthy relations surrounding Chinese policies may as well be made of cheap, counterfeit porcelain.

On the one hand, the heavy-handed tariffs that were installed by the Trump administration are still in place. On the other hand, the Chinese Communist Party (CCP) in Beijing is wasting no time in furthering its aggressive tactics on freedom in Hong Kong, on mass incarceration and ethnic genocide, on extortion from road projects, on widespread semiconductor-chip hoarding and on access to information about the origins of COVID-19, just to name a few.

The sins that China is committing are in addition to, and come after, U.S Trade Representative Robert Lighthizer and White House Trade Advisor Peter Navarro had gone toe-to-toe with the Chinese trade delegation led by Vice Premier Liu He.

Navarro stated that remedying the “seven deadly sins” that have been committed by China against the United States would require the world’s most populous nation to:

As it stands now, neither Washington nor Beijing appear interested in negotiating a follow-up trade deal. Instead, economic relations between the two nations appear to be largely stuck, while disagreements fester on all the issues above.

Under the Phase One trade deal between the United States and China, the two countries agreed to periodic, senior-level bilateral reviews of the accord, led by the U.S. Trade Representative and “a designated Vice Premier” of China.

Senior Washington officials are taking note of potential personnel changes that have replaced longtime Chinese diplomats with more assertive and hawkish representatives. It seems that China has no problem “threatening the rules-based order that maintains global stability,” according to new U.S. Secretary of State Anthony Blinken.

With the removal of the two-term limit on the Chinese presidency, Chinese President Xi Jinping is very likely to remain in power for life. That’s a problem for the United States and the rest of the free world.

Xi Jinping and the CCP have just initiated a whole new array of data-gathering laws levied against their largest tech companies, a measure that the corporate world has managed to stave off for years.

As this is no longer the case, concerns are growing regarding ever-tighter government control on personal data and the obvious threats that a closed communist government has on its people and the foreign companies that are doing business in China. It was the aim of the G7 meeting this past week to challenge China with regard to its brazen behavior, but it did little from a practical standpoint to counter China’s growing influence in its region, flex its military muscle around Taiwan, limit its use of forced labor, stem the crackdown of opposition figures in Hong Kong or slow the onslaught of cyberattacks.

In fact, the summary statement that came out of the G7 meeting was full of watered-down language that several European leaders insisted on in order to not antagonize China, with French President Macron saying he was eager to engage with China on issues such as climate change. Talking tough to China isn’t one of Macron’s political strengths.

Macron and his European allies have the illusion that multilateralism and free trade will turn China into a global team player. However, they are pushovers who are begging for access to China’s market while being mute on China’s abuses.

The ongoing set of rising tensions between China and the United States needs the cooperation and backbone of the G7 and G20 nations in order to get China to even consider dialing back any of its long-term ambitions for global economic and political dominance by whatever means necessary — which risk the destabilization of supply chains, the free flow of trade and many other violations of international trust.

Negotiating from a position of strength has been in China’s favor for years, but its economy is set to slow to a 5.8% rate of gross domestic product (GDP) growth in 2022, according to the Economic Outlook released by the Organization for Economic Cooperation and Development (OECD). As this is first time that the country’s economic growth has slipped under 6%, going back 27 years, the Chinese economic miracle looks tired. 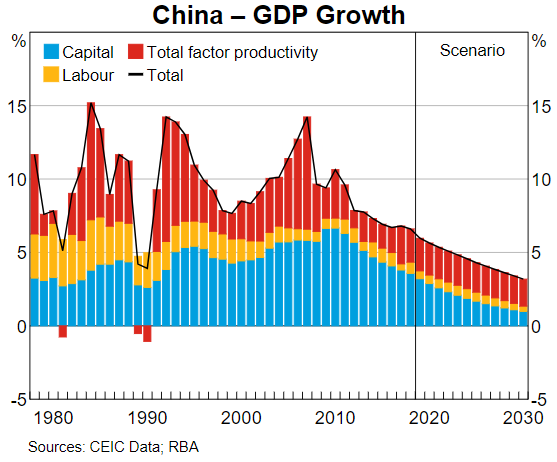 The Reserve Bank of Australia put out an extensive report on Long-Term Growth in China (December 2019). The article concludes that a range of structural headwinds will constrain growth in the coming decade, posing challenges for policymakers. At the same time, China’s total debt-to-GDP ratio has vaulted to more than 300%, including corporate, household and government debt, making for a pair of charts moving in the wrong directions if you’re the CCP. 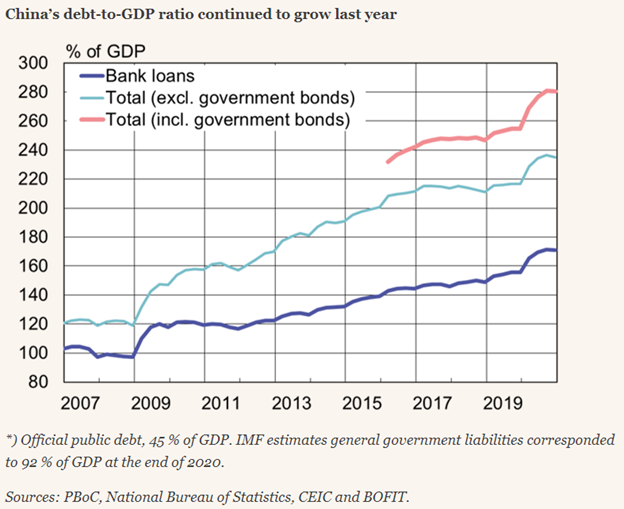 The tipping point on whether China starts to become a good global citizen will probably hinge on how its economy performs over the next few years. During the COVID-19 pandemic, 10 of China’s 30 most critically systemic banks experienced significant declines in the ability of client firms to service their debts, and that economy emerged from the COVID-19 impact over the course of a few months.

Many observers of the Chinese economy have expressed concerns about the rapid descent into indebtedness, as a lasting recession could trigger a severe banking crisis and lead to an economic collapse. Imagine that!

Maybe that is what will get China to start cleaning up its bad behavior and return to the negotiating table with big dose of humility. I’m not sure any other sort of scenario will accomplish such a course of action.

previous article
What to Do When an Unstoppable Market Hits a Wall of Worry?
next article
Five Best Cell Tower Stocks to Buy for 5G Growth