Will The Fed Deal Promptly With Rising Inflation? 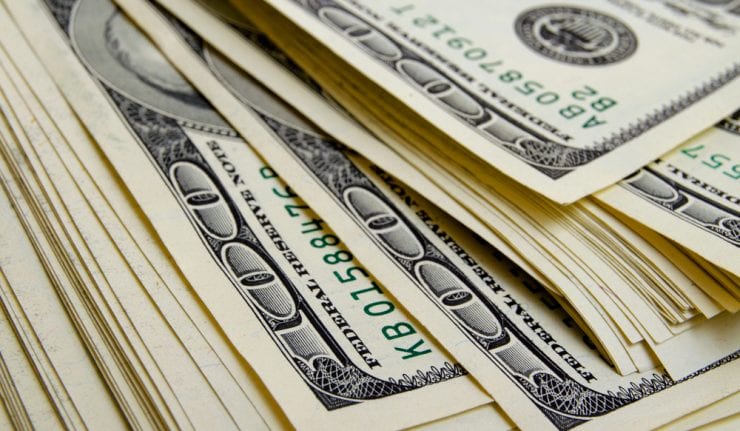 One thing about this market is that it can’t seem to make up its mind about whether inflation is going to take off or has already peaked.

If you listen to the Fed, the second quarter will mark the highest rate for inflation. Then, it will cool in the months ahead. If you listen to some other notable pundits like Ron Baron, founder, chairman and CEO of Baron Funds, and Mohamed A. El-Erian, chief economic advisor at Allianz, then inflation is hotter than the Fed is admitting.

It took some time, but the Fed finally has acknowledged rising inflationary forces, raising its forecast to 3.4% annually from 2.4% in May. That’s no adjustment, but the market currently has bought into the “transitory” narrative until the June inflation data start rolling in early this month.

Even as the stock market has overcome inflationary fears on the way to setting new records, there are rising concerns in America’s c-suites about input costs, wage pressures and Fed policy. The Fed’s favorite gauge, the personal consumption expenditures price index excluding the volatile food and energy sectors, rose 3.4% in May from a year ago, marking the highest level since 1992 and well above the central bank’s 2% target.

U.S.-based chief financial officers see inflation as the biggest external risk factor that their businesses face, according to the CNBC Global CFO Council survey for the second quarter, surpassing COVID-19, cybersecurity and consumer demand. The quarter-over-quarter jump in inflation concerns was large, with virtually no CFO having cited it in the Q1 2021 survey.

Mohamed El-Erian, of Allianz, told CNBC recently, “If you were actually to look at the numbers on inflation, you would start having serious doubts in your mind as to how transitory inflation is,” El-Erian said. “But as long as the Fed believes it’s transitory, that is what matters for markets.”

The underlying concern being expressed by the CFOs who were surveyed is rapidly rising wage inflation. Acquiring top-tier talent is getting highly competitive. Over the next six months, the largest group of CFOs (57%) expect the cost of labor to increase the most. The lack of available talent tends to trigger inflationary cycles. Coming out of the pandemic has proven to be a time where companies are growing faster than the market can supply the necessary talent without offering higher wages and salaries.

This survey raises the short hairs on the back of my neck. CFOs have a clear pulse on input costs and particularly that of increases in payrolls. Wage inflation always has been the fly in the economic recovery ointment, and this time around looks no different. There is a scarcity of highly skilled and qualified labor to manage high-end jobs.

This is where the stock market could run into trouble, where the Fed gets behind the curve and may have to raise interest rates and otherwise tighten monetary policy sooner than it wants. If the Fed has to adjust its inflation outlook higher at the next Federal Open Market Committee (FOMC) meeting and talk up tapering on a shorter timeline, the market might not be so complacent to where bond yields push higher, and the growth stock rally hits the wall.

The stock market is trading on supreme confidence as if nothing can go wrong. The CBOE Volatility Index (VIX) is trading at a 2021 low at 15.50. 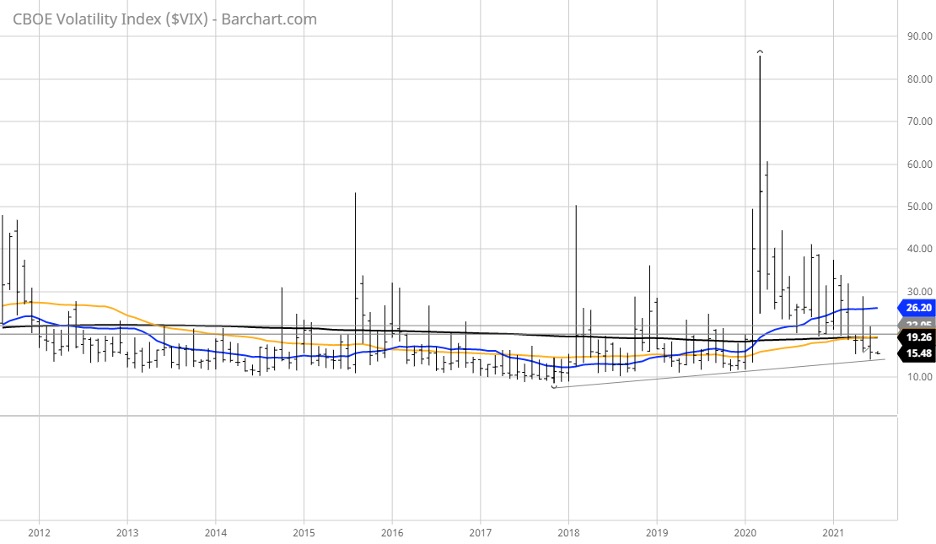 So, what does this mean? Well, when I was working at Lehman Brothers back in the day, when something became as obvious as the sun coming up every morning, the chief investment officer emerged from a strategy meeting and broadcast a statement to all the brokers at the New York, Chicago and San Francisco offices saying, “I’m not asking you, I’m telling you, protect your client’s portfolios now.” And the rest was history.

Portfolio insurance has never been cheaper than today, relative to the market’s valuation. Riding this market higher is like living large on the San Andreas Fault, with no regard for what can suddenly go wrong. I don’t need to go into the top five risks to a trap door sell-off, all of which are more or less black swan events. But what I am concerned most with is that the inflation genie is out of the bottle.

To that point, investors should consider non-leveraged inverse market index exchange-traded funds (ETFs) like the ProShares Short S&P 500 ETF (SH). Almost every brokerage firm will approve this security in all variety of accounts. This is not a recommendation, but a top-of-the-watch list, go-to downside hedge that cushions the blow if and when the market finds an excuse that results in a 10-20% correction. In the words of one of my favorite pastors, Lon Solomon of McLean Bible Church, “not a sermon, just a thought.”