Molecules From the Healing Gods

January 16, 1991. That was the day that the first fighter aircraft were launched from Saudi Arabia, as well as off of U.S. and British aircraft carriers in the Persian Gulf, to commence the shock-and-awe bombing runs of Operation Desert Storm. The U.S.-led offensive against Saddam Hussein’s Iraq continued all night, and for many days later, as coalition forces pounded targets in and around Baghdad as the world watched the events transpire in television footage transmitted live via satellite.

But why am I bringing up this nugget of military history? Well, it’s because on January 16, 1991, I was about one week away from graduating from the U.S. Army Airborne School at Ft. Benning, Georgia. Now, as you might imagine, I was admittedly terrified at the prospects of being sent over to Iraq to jump into a hot war zone after only being in the Army for a little more than six months. Yet that is where I thought I was headed.

Of course, my fellow Airborne infantry and special operations cohorts were all quite boastful and outwardly courageous at the prospect of getting into the fight for our country. After all, we had volunteered for one of the most dangerous jobs in the U.S. military, and we were being trained well in the serious business of killing. Yet underneath our tough exterior, we were all downright scared (or at least I know I was, and I knew my mates in the unit were too, because they admitted as much over many nervous rounds of beers).

One evening that week, a group of soldiers including yours truly were talking to one of the Airborne School instructors, also known as a “Black Hat.” This man had been in the Army many years and was a veteran of many combat missions. We were all excited and being boisterous about the possibility of jumping into Iraq, saying things like we are going to, “Kick Saddam’s ass and kill all of his elite Republican Guard.”

Well, after several minutes of this chatter, the Black Hat had heard enough, and with a calm yet commanding voice, he looked at us with an intense gaze and said something chilling that I shall never forget: “Guys, please don’t wish for combat. It will ruin your life.”

Fortunately, I was not sent into Iraq, and I did not have to suffer any of the trauma and life-ruining post-traumatic stress of war. Yet I was one of the lucky ones. Many of my friends and fellow soldiers were sent into harm’s way during that campaign, and a few didn’t make it back. And many that did make it back outwardly unscathed, later had to grapple with the remnants of deep psychological wounds that, in many ways, did, in profound ways, ruin their lives.

This was particularly true of the post-9/11 wars in Afghanistan and again in Iraq, only those wars lasted far longer and took a much, much greater toll on so many men and women of the armed forces.

According a 2013 study by the Veteran’s Administration, from 1999 to 2010, about 22 veterans died by suicide every day. That’s about one ruined and extinguished life every 65 minutes. And thousands more veterans, men and women just like me only not as lucky, have struggled mightily with post-traumatic stress syndrome, or PTSD. 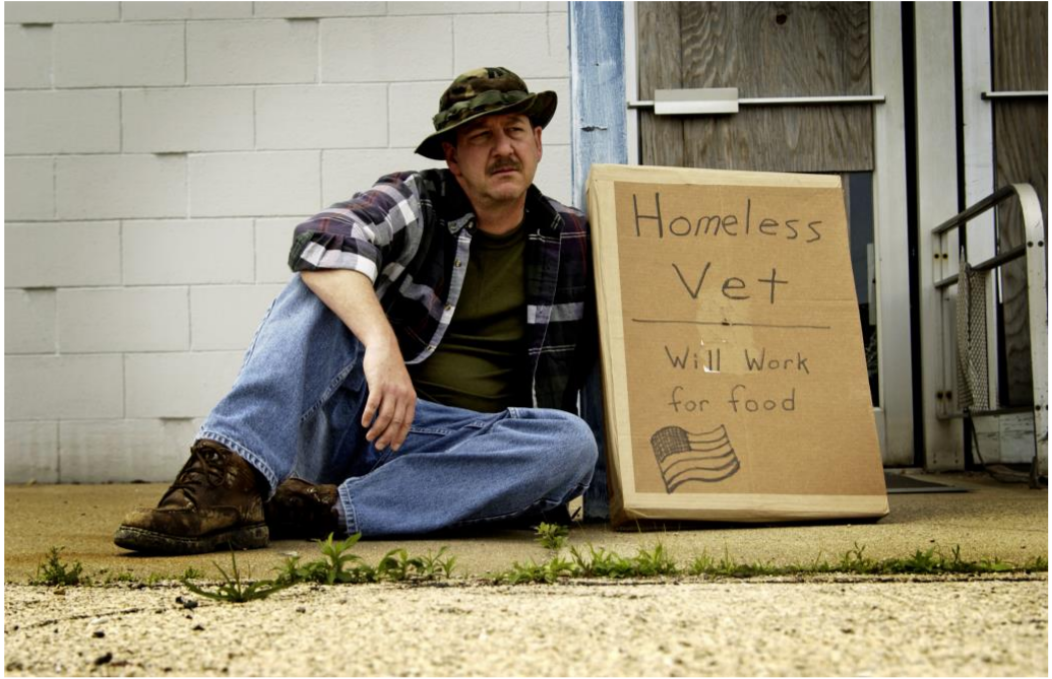 Of course, PTSD is an extreme form of stress. And while war-related PTSD is serious, the number of afflicted pales in comparison to the estimated 40 million American adults who suffer from anxiety, and the 17 million or so who experienced at least one major episode of depression. According to the Anxiety & Depression Association of America, in 2017 approximately 6.7% of American adults 18 or older, or about 17.3 million, grappled with this debilitating depression condition.

Now, statistics are one thing, but when it comes to anxiety, depression, alcoholism and addiction, and even PTSD, the numbers are somewhat shallow.

In fact, I am willing to bet that if you are reading this, you likely know a family member, close friend, professional colleague, or someone you are otherwise acquainted with who has suffered from these or other mental disorders. And if you are unlucky enough, perhaps you are the one grappling with your own inner demons.

If you know someone like this, or if that someone is you, then you know that help is hard to find. Sure, there are many good counselors, and many well-meaning doctors out there. Yet the tools they have to treat these ailments are severely lacking in both efficacy and permanence. In fact, the results are so dismal that all the medical profession can really do at this juncture is give patients daily medication designed to mask the physical symptoms.

Yet, what if there were a safe form of treatment that could really “reboot” the human brain and allow it to be more receptive to discarding the anxiety, depression and trauma that so many of us suffer from?

Well, there is such a treatment, and the substances used in these treatments have been known to humans for thousands of years. These substances are called psychedelics, and with the help of modern science, they are poised to become one of the most promising treatments on the mental health front in years.

Psychedelics are a class of hallucinogenic drugs whose primary effect is to trigger non-ordinary states of consciousness (known sometimes as “trips”) via serotonin 2A receptor agonism. This causes specific psychological, visual and auditory changes, and often a substantially altered state of consciousness.

Classical psychedelics, the psychedelics with the largest scientific and cultural influence, are mescaline, LSD, DMT and psilocybin.

It is the latter of these, psilocybin, that we are most interested in here, because synthetic psilocybin molecules, or what I call “Molecules From The Healing Gods,” are manufactured in the laboratory and designed for clinical therapeutic use are one of the most interesting, and most investable, trends in biotechnology.

And the company at the tip of this curative spear is Cybin Inc. (NYSE:CYBN).

Cybin is a publicly traded life sciences company focused on psychedelic drug development, delivery mechanisms, improved novel compounds and protocols that target psychiatric and neurological diseases. The shares were just uplisted to the New York Stock Exchange from the “pink sheets,” a big promotion to legitimacy from the investing community.

According to Cybin CEO Doug Drysdale: “We are focused on addressing the mental health crisis and transforming the treatment landscape. To do that, we are combining technology and our scientific expertise to pair novel psychedelic molecules with controllable drug delivery systems, aimed at improving outcomes for patients.”

In June, I spoke with Doug and with Cybin Co-Founder, Executive Chairman and President, Eric So, via video conference about the company (isn’t that the way most meetings are held in COVID America these days?). Although neither knew this at the time, I already knew all about the financials and what the company did. In this call, I was really just trying to size up their personalities to see if I could get a read on their focus and commitment to this venture.

Well, both gents passed my “authenticity test” with high marks, and if you are a reader of my publications, you know that I am a man who values authenticity and sincerity in corporate management quite a bit — perhaps more so than many of my colleagues. Of course, authenticity is one thing, but results, along with the promise of real opportunity for investors, is what I am most concerned about.

I go into far more detail about the recent positive clinical trial results, as well as much greater detail on Cybin the company, and the potential investment opportunity in this stock for those who are interested in getting in on an emerging biotech company on the bleeding edge of treating the gargantuan problems of mental health and addiction issues.

If you are interested in this subject, and I think we all should be, then I invite you to download my free special report, “Cybin: Molecules From The Healing Gods.”

I am very proud of how this free special report turned out, and I am also privileged to present to you a company that I suspect can help millions around the world overcome some of the most-difficult medical issues in society today. So, check out the free special report today. I suspect that after you read it, you’ll be as interested in this subject as I am.

A Mouth for War

I feel a conquering will down inside me

The strength of many to crush who might stop me

My strength is in number

And my soul lies in every one

The releasing of anger

Can better any medicine under the sun

The heavy rock act was one of the biggest bands of the 1990s, complete with a loyal following (myself included) who loved their driving riffs, syncopated drumbeats and aggressive-yet-thoughtful vocals and lyrics. In the bellicose titled song, “Mouth For War,” the band presents a sort of hardcore self-help approach that lets the world know that it means business, and that nobody is about to stand in the way of its success. I think if more people had this attitude there would be much more resilience and far less “snowflake.” 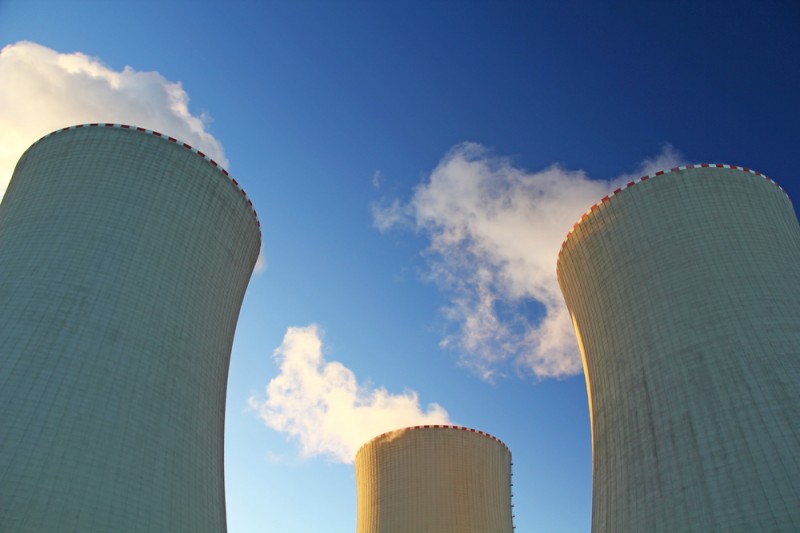