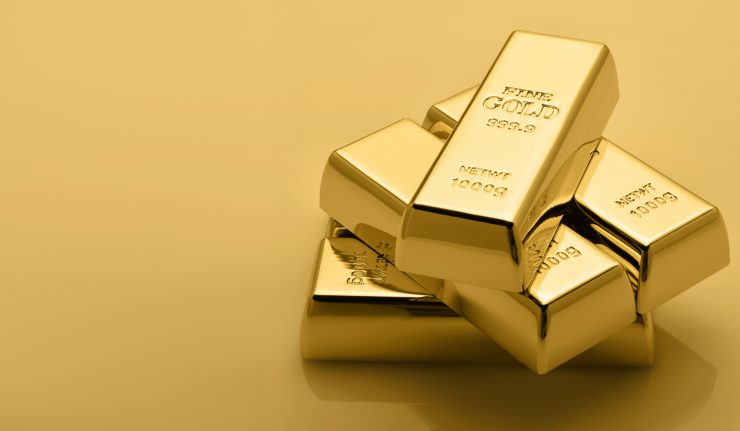 “We should treat market truisms with respect but not as gospel.” — Dick Davis

On Tuesday, “MarketWatch” released a seasonal chart showing that September is the best month to invest in gold. Click here to read the article.

Nobody knows why September is a good time to buy gold. One gold expert told me that the Indian wedding season and the Hindu festival of lights in October are always cited as one of the main drivers for gold in September. But who knows?

So far, the monthly pattern hasn’t held up for gold — it fell in January and February, then recovered from March through June and has been down during the summer.

Last week, international veteran investor Mark Mobius told Bloomberg that investors should hold 10% physical gold in their portfolio. He said, “Currency devaluation globally is going to be quite significant next year given the incredible amount of money supply that has been printed.” 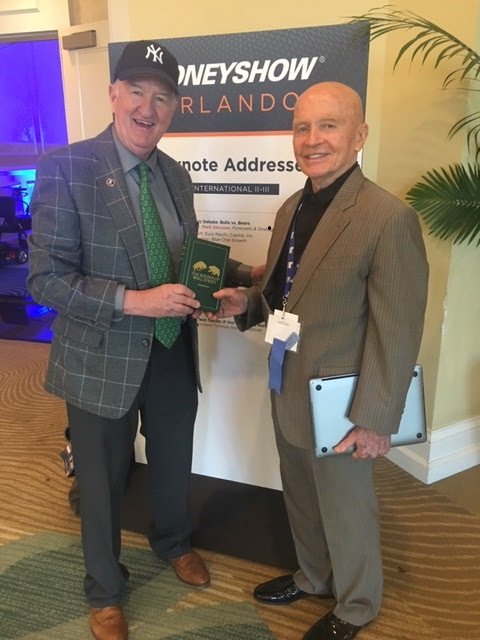 “Mark Mobius endorses my book Maxims of Wall Street at the MoneyShow.”

The broad-based money supply increased 25% in the past year, but this factor is well known by gold bugs and built into the price. Yet gold continues to struggle to go above $1,900 an ounce. It’s done it now three times and faltered each time.

Gold has faced several new inflationary hedges, such as Bitcoin and even Rolex watches, which are suddenly in short supply.

I hope Mobius is right since I have a 15% position in precious metals and mining companies in my portfolio. So far, they have failed to deliver positive returns this year, despite a sharp rise in inflation. Gold can’t hold a candle to my technology stocks and funds, which are ahead 23% or more in 2021.

What About Stocks in September?

Stocks have traditionally struggled in September and, in fact, September is the most volatile month on Wall Street, even more so than October.

According to Wall Street lore, you should buy in late October and take advantage of the Santa Claus rally during the November through January holiday season. An old saying is “Buy when it snows, sell when it goes.”

Then there’s the other well-known verse, “Sell in May and go away, and don’t come back til Labor Day.” (Maxims of Wall Street, p. 115, www.skousenbooks.com)

Yet if you had followed this old ditty, you would have missed out on a nice summer rally.

As a professional economist, I prefer taking a more fundamental economic approach. I am bullish on stocks, especially in technology, because government policy has adopted big-spending, easy money policies. I say, “Don’t fight the Fed.”

But I also am recommending gold, oil and commodities as hedges against inflation. You should do the same.

After the Biden blunder in Afghanistan, many Americans are wondering if we are going downhill as the world’s number one military power.

Come join me at the Liberty United Festival, Saturday, Sept. 11, Grove Park, Vineyard, Utah, 3-6 p.m.: This is a free event. There will also be live music, food, games and spirited talks. Invite your friends and neighbors!

Las Vegas MoneyShow, September 12-14, Bally’s: Jo Ann and I will be speakers, along with Steve Forbes, Steve Moore, Keith Fitz-Gerald, Jim Woods, Wayne Allyn Root and many others.

My sessions will cover the following: “Bears Make Headlines, Bulls Make Money: My Top Investment Recommendations from the Maxims of Wall Street” and “Puzzles and Paradoxes in Money & the Economy,” where I’ll be auctioning off a jar of pennies to demonstrate both the wisdom of crowds and the madness of crowds. If you haven’t seen this experiment, you’re in for a treat. I’ll also be moderating a debate on cryptocurrencies vs. gold.

Kim Githler, president of the MoneyShow, is a HUGE fan of FreedomFest, and she has asked me to put together several FreedomFest sessions at the Las Vegas MoneyShow to give investors an idea of what they missed in South Dakota last month.

She has arranged for us to have an exhibit booth at the Las Vegas MoneyShow, and we will offer several special sessions on Tuesday, Sept. 14, that were popular at this year’s FreedomFest.

Jo Ann will speak on “The Misguided Appeal of Socialism,” followed by my own presentation, “My Most Successful Technique to Change the Minds of Students about Socialism, Keynesianism and the $15 Minimum Wage.” There will also be a talk called “Geopolitical Hotspots in Asia and the Middle East: Will China Replace America as the World Superpower?”

Meanwhile, the Anthem Film Festival will present “Days Before the Dawn,” an award-winning short documentary about the student protests in Hong Kong, followed by panelists Simon Lee (of the Lion Rock Institute in Hong Kong), Keith Fitz-Gerald and director Trevor Klein. The panel will be moderated by Jo Ann Skousen.

Following the panel, the film festival will screen the award-winning short documentary, “Saber Rock.” Afghan interpreter Saber Rock worked with American troops for several years and is currently working to rescue his family from Afghanistan. He will join the panel and answer questions about the documentary and current events.

If you didn’t go to FreedomFest in South Dakota, come to the Las Vegas Money Show and find out what you missed.

The current registration fee for the MoneyShow is $199, but I’ve arranged for my subscribers to get the “early bird” discount of $149 if they register before Sept. 1. After that, it goes up to $199. The fee includes all the general and breakout sessions (with a few exceptions), and it includes the special FreedomFest sessions on Sept. 14.

To take advantage of the early-bird discount, call the MoneyShow at 1-800-970-4355, and ask for Kathy. Use code 054072 to get the $149 price. Also ask about the special hotel rates at Bally’s, including a reduced resort fee of only $20. Parking is free at the Bally’s Hotel. You can also click here to purchase tickets!

Celebrate My Birthday in New Orleans!

New Orleans Investment Conference, Oct. 19-22, New Orleans Hilton Hotel: Join me on my birthday (Oct. 19) as I discuss the significance of the October 19, 1987, crash… Other speakers include former congressman Ron Paul, Jim Grant, Rick Rule, James Rickards and Brien Lundin… To read more about the “granddaddy of investment conferences,” go to www.neworleansconference.com. To register, click here, and be sure to mention you are a subscriber to Investor Cafe!

Certainly, the medical scientists who came up with the coronavirus vaccines in record time deserve our praise.

But the focus of our efforts to beat this disease should look beyond dealing with the symptoms, such as social distancing, wearing of face coverings and getting the vaccine.

I’m surprised and disappointed that our government, civic and religious leaders have not advanced a nationwide healthy living program to encourage citizens to eat better and exercise more. Instead, they did the opposite — closing gyms, telling people to stay at home and not go outside and ordering processed foods.

Study after study tells us that if you exercise regularly, eat nutritious meals, take vitamins, have goals and get socially involved, your chances of surviving the virus are high.

The real killers of this disease are the comorbidities: obesity, depression, heart disease and diabetes.

Yes, a few healthy people die from the COVID-19 virus, but they are the exception to the rule.

Recently, two conferences offered sessions on healthy living. One took place last month at the BYU Education Week in Provo, Utah. The Latter-day Saints are famous for their sports programs and “Word of Wisdom” health code, abstaining from smoking and drinking alcoholic beverages and are known for living long lives.

Dr. Matthew B. Morgan, an M.D. at the University of Utah School of Medicine, taught four classes on the importance of eating well, exercising and getting enough sleep.

“Eating processed foods has been shown to increase the risk of heart disease, diabetes, cancer and other diseases,” he said. It’s best to eat “whole” vegetables, fruits and nuts.

Finally, he stated “short sleep, or getting six hours or less of sleep a night as opposed to seven to nine hours, activates the sympathetic nervous system, which chronically increases blood pressure and heart rate and can exacerbate coronary artery calcification.” It is best to get plenty of rest, including naps during the day.

The second conference was FreedomFest, held in July in South Dakota. We had several sessions on healthy living, led by keynote speaker Dr. Drew Pinski. He spoke on “The Media and Healthcare System Response to Coronavirus and What You Need to Know Now,” followed by a luncheon where he answered questions. We also had health experts talking about how to extend life up to 30 years and the unseen effects on children who live in fear from the COVID-19 crisis. Finally, health expert Jeff Riley spoke on “Healthy Aging with Nutrition and Exercise to Achieve Freedom of Body, Mind and Spirit.” They are highly recommended.

All the audio recordings of FreedomFest sessions are available now on a thumb drive by going to www.miracleofamerica.com. The entire set of 200 sessions costs only $195. Listen to them while you are exercising!

This coronavirus isn’t going away soon. As the old Fram oil filter ad said, “You either pay me now or pay me later.” Dealing with the symptoms is all fine and good, but it’s time to emphasize dealing with the root of the problem. 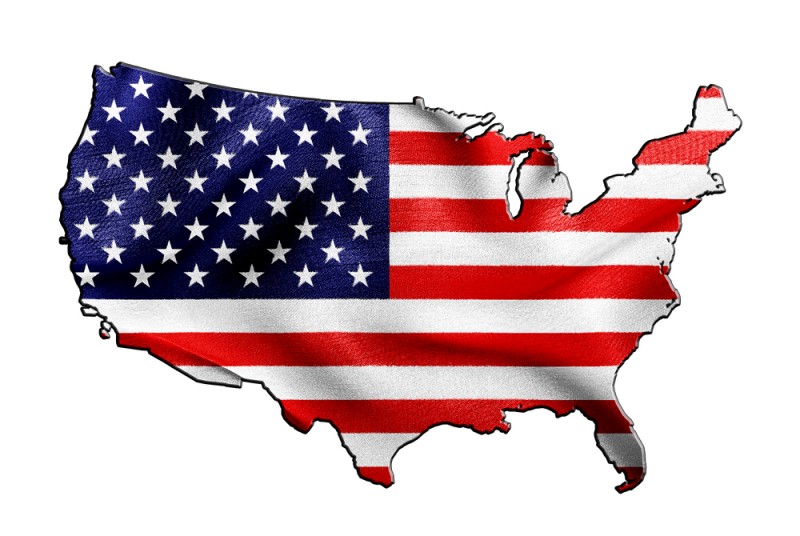 I’ve always been drawn to controversial figures. I think the reason why is because even if I disagree with their ideas, I usually admire their willingness to come out and take a resolute stand in defense of their values. Unfortunately, in the era of social media dominance and progressive cancel culture, standing up for one’s values -- especially if they are deemed controversial in any way -- brings with it a whole lot of negative consequences. Fortunately, that controversy also can tra