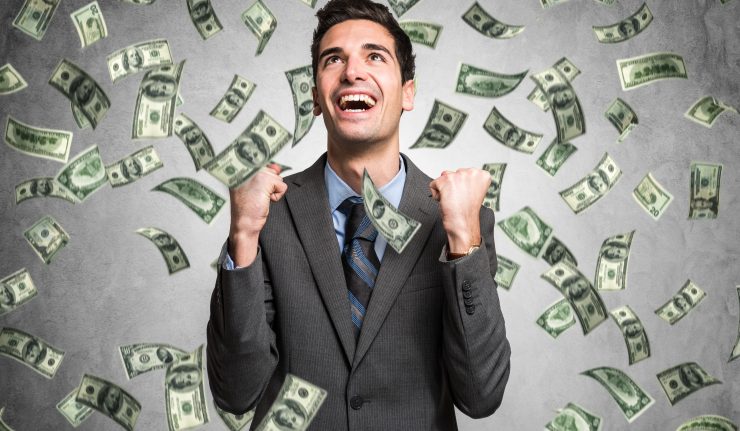 “The really great fortunes were made by concentration, not diversification.” — Gerald Loeb, “The Battle for Investment Survival”

The above quote from Gerald Loeb, the legendary investor and founder of E. F. Hutton, is one of two pages of quotes (pp. 160-162) in my “Maxims of Wall Street” book on the issue on “Diversification vs. Concentration” (to order, go to www.skousenbooks.com).

The Tortoise vs. The Hare

There are two philosophies of investing: one is to diversify into a stock index fund like the S&P 500 Index, buy and hold, or dollar-cost average. It is not sexy or the subject of cocktail parties, but when you retire, you will be financially independent.

Besides, if you try to pick winners to beat the index, you will probably lose over the long run.

The other strategy is to concentrate on one business or sector in the stock market, become as knowledgeable as you about that business or sector and hope to turn $1,000 into $1,000,000. My view is that there is no one way to become financially successful. There are many ways to climb a mountain.

I personally do both — I sometimes concentrate on a small number of growth or penny stocks, and other times diversify into an index fund.

‘To make it, concentrate; to keep it, diversify’

Most entrepreneurs concentrate when they are young by investing in their own business or a few growth stocks.

But when you are older and sell your business, you may want to diversify as much as possible because you don’t want to come out of retirement and start running a full-time business again.

In other words, to make it, you concentrate; to keep it, you diversify. (See p. 162 of “Maxims of Wall Street”)

David Swenson and the Yale Model

When it comes to diversifying your portfolio, what is the best strategy? David Swenson is famous for managing the Yale University endowment fund. He was appointed chief investment officer at Yale in 1985 at the age of 31.

His “Yale Model” gained 21% a year from 1985 to 2007 and since then, it has risen by a more modest 10% a year. Now, the Yale endowment fund is valued at over $32 billion, making it the second-largest university endowment in the world (Harvard University is first.)

And he did it without ever investing in the FAANG stocks, featuring Facebook (NASDAQ:FB), Amazon.com (NASDAQ:AMZN), Apple Inc. (NASDAQ:AAPL), Netflix, Inc. (NASDAQ:NFLX) and Google’s parent Alphabet (NASDAQ:GOOGL)!

His Yale model is based on the idea that by diversifying into alternative sectors such as emerging markets, gold and commodities and real estate, you can increase returns and lower your risk.

He also invested in some well-managed hedge funds, which performed well for years.

Nicholas Vardy tells me Swensen was once described as the largest donor to Yale ever, as measured by the excess returns of the Yale endowment. He also has a new dorm named after him, as Yale recently expanded the size of its freshman class.

Sadly, David Swenson died of cancer last May at the age of 67. His successor is 36-year-old Matthew Mendelsohn. He has some big shoes to fill. 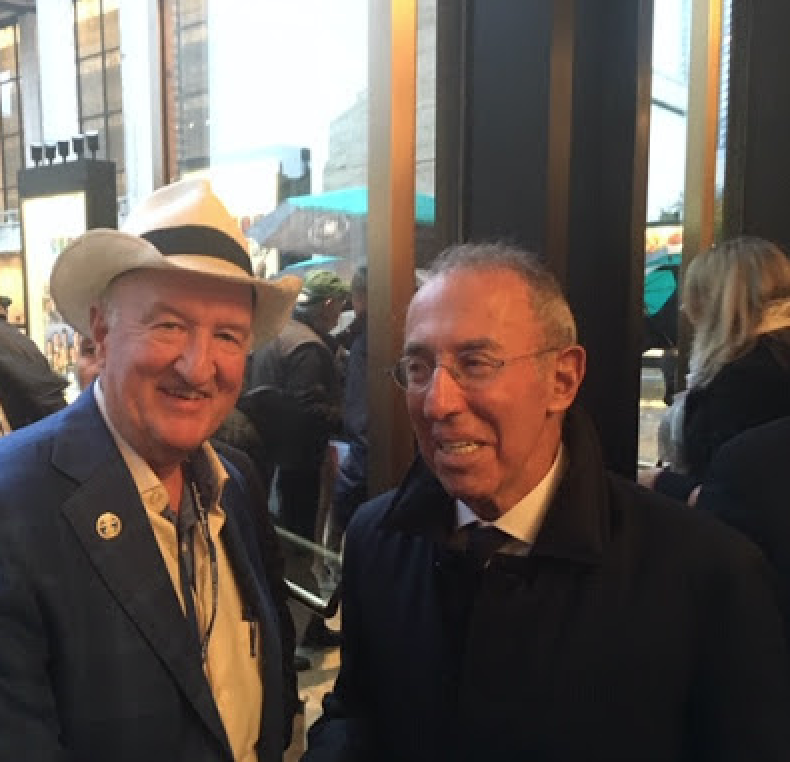 His motto is “I invest in people, not businesses” (Maxims, p. 157). His funds concentrate on individual companies with solid management skills. Recently, 45% of his Partners Fund was invested in Tesla. He has great faith in Elon Musk as the CEO.

Last year, his Partners Fund was ranked the #2 best-performing mutual fund over the past 20 years.

Diversify or concentrate? It all depends on you.

How to Order ‘Maxims of Wall Street’ at a Discount

I’ve quoted several times from my book, “The Maxims of Wall Street,” now in its 10th-anniversary edition. Dennis Gartman states, “It’s amazing the depth of wisdom one can find in just one or two lines from your book. I have it on my desk and refer to it daily.”

The book retails for $24.95, but you pay only $20 by ordering directly from www.skousenbooks.com. All additional copies are half off — only $10. They make an excellent gift to friends, relatives and clients. I autograph all copies.

Come join me at the Liberty United Festival, Saturday, Sept. 11, Grove Park, Vineyard, Utah, 3-6 pm: This is a free event. There will be live music, food, games and spirited talks. Invite your friends and neighbors. 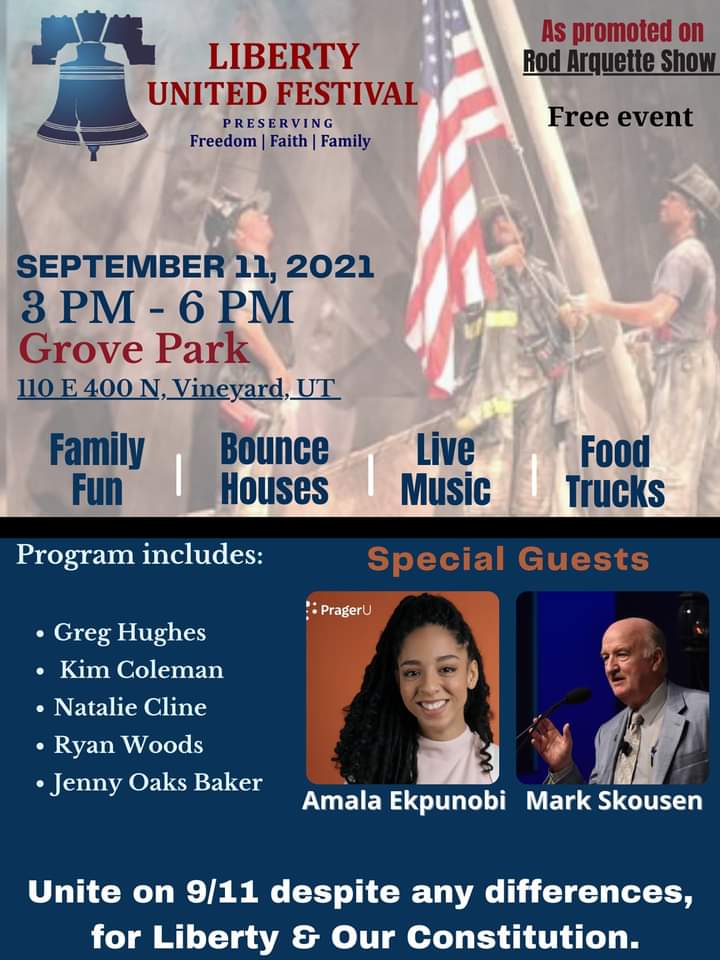 Las Vegas MoneyShow, Sept. 12-14, Bally’s: Jo Ann and I will be speakers, along with Steve Forbes, Steve Moore, Keith Fitz-Gerald, Jim Woods, Wayne Allyn Root and many others.

My sessions will cover the following: “Bears Make Headlines, Bulls Make Money: My Top Investment Recommendations from the Maxims of Wall Street” and “Puzzles and Paradoxes in Money & the Economy,” where I’ll be auctioning off a jar of pennies to demonstrate both the wisdom of crowds and the madness of crowds. If you haven’t seen this experiment, you’re in for a treat. I’ll also be moderating a debate on cryptocurrencies vs. gold.

Kim Githler, president of the MoneyShow, is a HUGE fan of FreedomFest, and she has asked me to put together several FreedomFest sessions at the Las Vegas MoneyShow to give investors an idea of what they missed in South Dakota last month.

She has arranged for us to have an exhibit booth at the Las Vegas MoneyShow, and we will offer several special sessions on Tuesday, Sept. 14, that were popular at this year’s FreedomFest.

Jo Ann will speak on “The Misguided Appeal of Socialism,” followed by my own presentation, “My Most Successful Technique to Change the Minds of Students about Socialism, Keynesianism and the $15 Minimum Wage.” There will also be a talk called “Geopolitical Hotspots in Asia and the Middle East: Will China Replace America as the World Superpower?”

Meanwhile, the Anthem Film Festival will present “Days Before the Dawn,” an award-winning short documentary about the student protests in Hong Kong, followed by panelists Simon Lee (of the Lion Rock Institute in Hong Kong), Keith Fitz-Gerald, and director Trevor Klein. The panel will be moderated by Jo Ann Skousen.

Following the panel, the film festival will screen the award-winning short documentary, “Saber Rock.” Afghan interpreter Saber Rock worked with American troops for several years and is currently working to rescue his family from Afghanistan. He will join the panel and answer questions about the documentary and current events.

If you didn’t get to FreedomFest in South Dakota, come to the Las Vegas Money Show and find out what you missed.

The current registration fee for the MoneyShow is $199. The fee includes all the general and breakout sessions (with a few exceptions), and it includes the special FreedomFest sessions on Sept. 14.

Celebrate My Birthday in New Orleans!

New Orleans Investment Conference, Oct. 19-22, New Orleans Hilton Hotel: Join me on my birthday (Oct. 19) as I discuss the significance of the October 19, 1987, crash… Other speakers include former congressman Ron Paul, Jim Grant, Rick Rule, James Rickards and Brien Lundin… To read more about the “granddaddy of investment conferences,” go to www.neworleansconference.com. To register, click here, and be sure to mention you are a subscriber to Investor Cafe!

An Unforgettable Character: Willard Scott, the Famous Weatherman on the Today Show

He proved that a large and tall man could live a long and happy life. He was beloved for his upbeat, entertaining style.

I met him back in January 2000. The occasion was the 25th-anniversary celebration of Pete Dickinson’s Retirement Letter, which was the first newsletter published by Tom Phillips. Mine was the second and started in 1980.

Here I am poking fun at Willard Scott’s “propensity to consume” at the Retirement Letter anniversary dinner.

Scott appeared as the celebrity host and told jokes about his age and his financial escapades. I sat next to him at the dinner, and we reminisced about living in Washington in the 1970s and 1980s.

The funny weatherman had a voracious appetite. He was 6 feet 3 inches tall and weighed more than 300 pounds. But he was an eternal optimist and made Americans feel good about themselves.

He was always doing charitable work, and actually created the first Ronald McDonald and performed as the original character. He would regale audiences with stories of earlier years when he portrayed Bozo the Clown. “Do you know how tough it is to be a clown in Washington, D.C.?” he asked.

At the end of his career, he announced the birthdays of Americans who turned 100. He would talk on the telephone to get some biographical information about them for use on the air.

One time, he was asked what political party he belonged to, and he immediately responded that he was a Republican. Scott then asked who his favorite presidents were, and he said John F. Kennedy and Franklin D. Roosevelt.

“I think they need more Republicans like that in the Democratic party,” Scott joked as the audience erupted with laughter.

The New York Times obituary tried to portray Scott as “the TV clown prince of showers and sunshine” who focused more on entertaining his TV audience rather than the science of meteorology. But all the comments from readers were positive about Scott’s performance. As one admirer said, “On how many dreary, rainy Monday mornings did Willard’s radiant and irrepressible spirit rally us to get up and go to work? ‘How sweet it is!’”