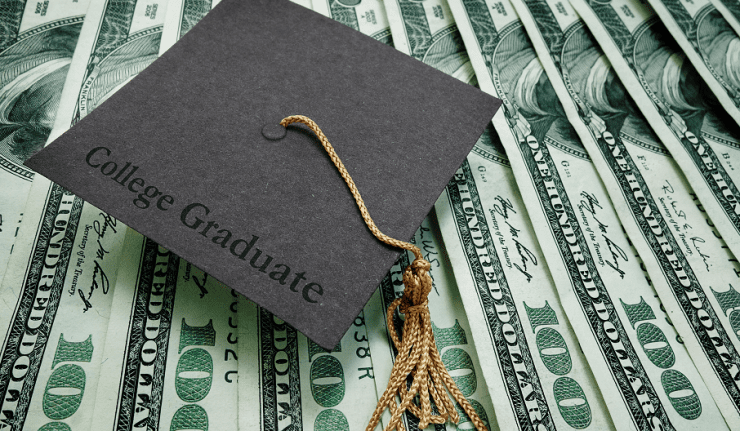 “The philosophers have only interpreted the world in various ways: the point, however, is to change it.” — Karl Marx on his tombstone (1883)

My talk, “My Most Successful Technique to Change the Minds of Students about Socialism, Keynesianism and the $15 Minimum Wage,” was voted the #1 popular session at this year’s FreedomFest.

I’ve given this lecture numerous times in the past year and repeated that talk at the Las Vegas MoneyShow.

In every case, students (and adults) start out in favor of democratic socialism, Keynesianism and the $15 minimum wage, and after my lecture, they almost all change their minds.

If the Marxists Can Do It, Why Can’t We?

In the 1930s, the Marxist philosopher Antonio Gramsci (1891-1937) wrote “The Prison Notebooks” while in prison. In these notebooks, he came up with a brilliant idea to convert the world to Marxism and state socialism. He rejected the Communists’ idea of a violent revolution. Instead, he advocated a long-term strategy of gradually taking over a nation’s culture and institutions.

His method was for Marxists to infiltrate the media, the churches, the foundations, politics, the entertainment industry (Hollywood) and the colleges and universities.

They have been highly successful at this “wolf in sheep’s clothing” technique, as witnessed by the “cancel” culture, the “woke” philosophy, the “fake” news and the socialist indoctrination of college students.

Meanwhile, the advocates of free markets and free minds have lost battle after battle in the freedom fight. We are like a herd of cats, while the enemies of liberty are well organized.

How We Can Change the World

It is high time we led a counter-revolution. We need to adopt a similar strategy to that advocated by Gramsci: free-market economists should gradually take over various departments around the country, especially at the Ivy League schools.

It is possible. As an example, Professor Jeff Miron is a libertarian economist who is now the Director of Undergraduate Studies at Harvard University. He is influencing hundreds of future world leaders.

Many wealthy pro-market businessmen have sought to influence a new generation of leaders. John Allison, former president of BB&T Bank (now Trust Bank), has created a series of centers to study free-market capitalism and BB&T chairs at Clemson and dozens of other universities around the country. Under the direction of Charles Koch, the Koch Foundation has also been instrumental in establishing chairs and institutions promoting economic freedom at George Mason University and elsewhere.

In my own case, I’ve taught economics and business at Columbia Business School and Columbia University. I have also traveled to 77 countries lecturing on sound economic theory and policy.

I now teach economics, business and finance at Chapman University, the up-and-coming institution in Southern California. You can read about my success here.

My Formula for Success Revealed!

My formula for success is primarily to write textbooks to influence a new generation of policymakers and professors. Giving lectures around the world cannot compare to the impact of writing textbooks. As Paul Samuelson wrote, “I don’t care who writes a nation’s laws, or crafts its advanced treaties if I can write its economics textbooks.”

I’ve written over 20 books on economics and finance, but my “big three” have had the most impact. How do you get rid of a bad idea (socialism and big government interventionism)?

With a better idea! 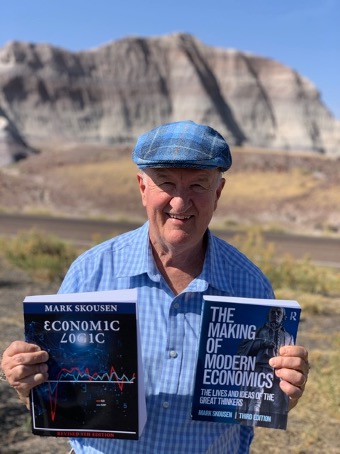 The first book is “Economic Logic.” It teaches students and adults about free-market capitalism in 28 easy lessons.

At the Vegas MoneyShow last weekend, one of the attendees, Kai Ahlburg, came up and said my book “Economic Logic” had converted him to free-market capitalism, and he wished he had had that textbook when he went to college. “It changed my life,” he said.

“His textbook, ‘Economic Logic’, now in its 5th edition, demonstrates his ability to look at the whole economy, that is, the real world and real people. The rigidity between micro and macroeconomics is not for him. He realizes instead that they’re all connected together. He begins this book with a profit-loss income statement to demonstrate the dynamics of the real-world economy. No other textbook does this.

‘The Making of Modern Economics’

Forbes is also a big fan of my history of the great economic thinkers, “The Making of Modern Economics,” now in its third edition and published by Routledge Publishing. It won the Choice Award for Academic Excellence.

Want to read the thrilling episodes of the great economic thinkers and how they changed the world? Get a copy of my book, “The Making of Modern Economics.” John Mackey, CEO of Whole Foods Market, says, “Mark’s book is fun to read on every page. I’ve read it three times, and recommend it to all my friends.”

The retail price is $49, but you pay only $35. I autograph all copies and mail them at no extra charge if mailed inside the United States. To order go to www.skousenbooks.com

Milton Friedman said it best: “All histories of economics are BS — Before Skousen!”

Greg Feirman, manager of Top Gun Financial writes: “Skousen is a brilliant and prolific economist as well as writer of a popular financial newsletter, Forecasts & Strategies, for decades now. Because of his interest in financial markets, Skousen is an economist obsessed with the real-world applicability of his economic ideas. He has written over 20 books, including ‘Economic Logic’, his brilliant introductory textbook to economics, and ‘The Making of Modern Economics’, the best history of modern economics around.”

And the late great William F. Buckley, Jr., wrote, “I champion Skousen’s book to everyone. I keep it by my bedside and refer to it often. An absolutely ideal gift for college students.”

Take This Course to Be a Better Investor 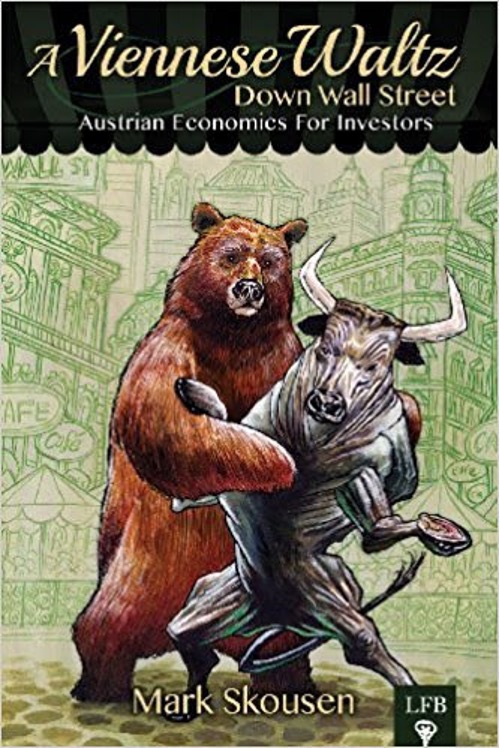 Last but not least, my third textbook is “A Viennese Waltz Down Wall Street: Austrian Economics for Investors.” It introduces you to all the great Austrian economists — Menger, Mises, Hayek, Rothbard and Schumpeter — and how to profit from the Austrian theory of the business cycle. I write about the “Austrian Indicator” (the yield curve) as a way to predict when a bear market and recession are about to begin. It also has a major section on investing in gold and silver. The price is only $20.

How to Order All Three and Save 30%

To purchase copies of “Economic Logic,” “The Making of Modern Economics” or “A Viennese Waltz Down Wall Street,” all at a sizable discount, go to www.skousenbooks.com.

“Economic Logic” and “The Making of Modern Economics” are only $35 each. “A Viennese Waltz Down Wall Street” is $20. I autograph all copies and mail them at no extra charge if mailed inside the United States. The total for all three books is $90.

All three make great gifts to students to inoculate them from the socialist indoctrination in our colleges and universities.

I talked to Brien Lundin here at the Vegas MoneyShow and he said that despite the impact of Hurricane Ida, the New Orleans Investment Conference is a go! Join me on my birthday (Oct. 19) as I discuss the significance of the October 19, 1987, crash… Other speakers include former congressman Ron Paul, Jim Grant, Rick Rule, James Rickards and Brien Lundin… To read more about the “granddaddy of investment conferences,” go to www.neworleansconference.com. To register, click here, and be sure to mention you are a subscriber to Investor Cafe!

“Democracy is the theory that the common people know what they want, and deserve to get it good and hard.” — H. L. Mencken

In his victory speech on Tuesday, Governor Gavin Newsom said his agenda was vindicated by the voters.

He said, “We said yes to science, yes to vaccines, yes to social justice…” but he left out that they also said yes to rising crime, declining quality of public schools, rolling brownouts and water shortages, bad environmental policies (out-of-control fires) and a tax/regulatory environment that has forced thousands of businesses, large and small, to go bankrupt or leave the state in the past two years.

What a missed opportunity! The recall election on Sept. 14 should have been a referendum on the state of California instead of a personality contest between Gov. Newsom and talk show host Larry Elder, who was painted as an extremist and an Uncle Tom. (Why are Republicans called out for making racist statements, but not Democrats?)

Hopefully, next year’s 2022 election can seriously address the growing problems California faces, and the voters can elect a sensible candidate who can restore the state to its golden status.

Despite its year-round gorgeous weather and natural beauty, California was recently rated by U.S. News & World Report as the worst state in the union in terms of quality of life. But it has the potential to be the best state, if Californians would face their problems instead of running away to Nevada, Utah, Texas or Florida.

previous article
The New Volatility Explained
next article
Inverse ETFs: What They Are & How They Work