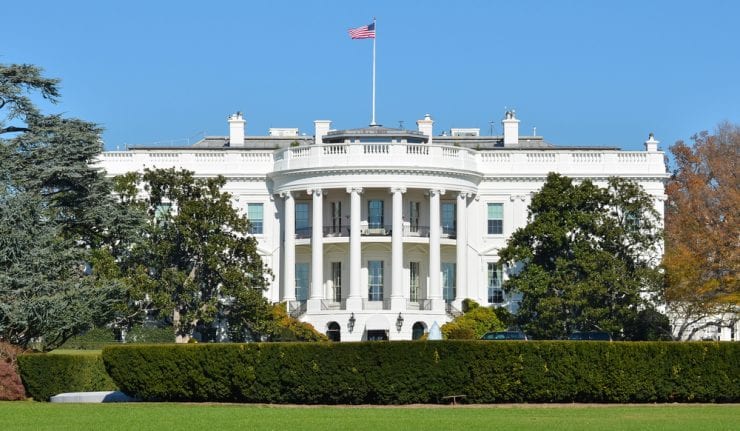 “The light on Wall Street can at any time go from green to red without pausing at yellow.” — Warren Buffett (“The Maxims of Wall Street,” p. 113)

Every October, a host of gold bugs and doomsayers predict another stock market crash.

The latest is Robert Kiyosaki, the famed author of “Rich Dad, Poor Dad,” who warned of the “Biggest Crash in World History” — starting this month! He has been predicting calamity repeatedly for the past 20 years, ever since writing his book, “Rich Dad’s Prophecy,” in 2002.

It looks like Armageddon has been postponed again. In fact, this year’s October is turning out to be one of the best months on Wall Street.  The Dow and other indexes hit all-time highs this week.

I’m not sure why Kiyosaki has been so bearish since 2002, given that he favors investing in businesses and real estate. Another Great Depression can’t be good for either.

In fact, I was one of those who “called” the worst stock market crash ever. On Black Monday, October 19, 1987, the Dow Jones Average fell 22.6%. I remember it well because it was my 40th birthday! I still have a copy of The Wall Street Journal the next day: 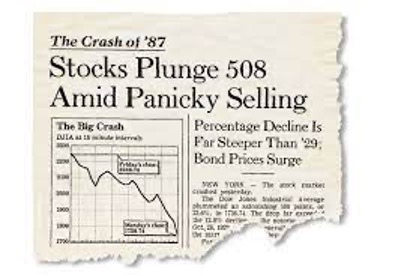 I was also fortunate enough to send out a special alert to my subscribers six weeks before the crash with the headline: “Sell all stocks and mutual funds.” I was worried that the market was overvalued and needed to correct itself. Little did I know that the market would suddenly collapse.

Historians now blame the 1987 crash on the deregulatory laissez-faire environment at the time and computer-generated trading systems that had developed only recently.

For a variety of reasons, I’ve never given an “all-out sell signal” ever since. Here’s why:

Three Lessons I Learned from the 1987 Crash

This past Tuesday, which was my birthday, I spoke at the New Orleans Investment Conference on the topic, “The Three Lessons Most Important Lessons I Learned from the 1987 Crash.”

I thought this would be an appropriate topic, since the New Orleans conference is famous as a gold bug convention.

After the crash, in 1988, President Ronald Reagan signed an executive order creating the “Working Group on Financial Markets” within the White House, known more appropriately as the “Plunge Protection Team” (PPT).

The PPT meets secretly whenever there is the fear of a crash. It reports privately to the president and does not release its minutes or recommendations.

The most recent secret meeting took place back in March of 2020, during the beginning of the COVID-19 pandemic. It was chaired by Treasury Secretary Steven Mnuchin, who reported directly to President Donald Trump.

The Treasury Secretary also has the capability of using a little-known “Exchange Stabilization Fund” to buy stock index futures, such as the S&P 500 or the Nasdaq 100, to prop up the markets during a crisis. Under Secretary Mnuchin, the fund had $682 billion that could be used to intervene and manipulate the markets.

Publicly the members of the PPT have never revealed whether it has used this fund to purchase stock index futures, but it is interesting how quickly the markets recovered from the March 2020 collapse.

Today, Secretary Janet Yellen has $142 billion in the Exchange Stabilization Fund, ready to intervene in the markets if a sudden monetary crisis develops.

Another reason why the chance of a full-scale collapse/crash is unlikely is the establishment of circuit breakers in the major stock exchanges. There are three in place: A 7% drop in the market during the day will trigger a 15-minute halt in trading; a 13% decline will trigger another stoppage and finally, a 20% drop in one day will force the exchange to close until the next day.

However, this strategy does NOT apply to foreign stocks and emerging markets, which are much more volatile. Bear markets can last for years in foreign markets, so beware.

For several reasons, Wall Street is an example of American exceptionalism, probably because the United States continues to attract and encourage entrepreneurs and inventors. But there is no guarantee this exceptional performance will continue, especially if the government stifles economic growth and entrepreneurship by imposing high taxes and regulations on businesses and individuals.

Get a Signed Copy of the ‘Maxims of Wall Street’ Dated Oct. 19

In celebration of my birthday, October 19, I’m offering a special “half off” deal on my popular book, “The Maxims of Wall Street,” which is now in its 10th-anniversary edition. 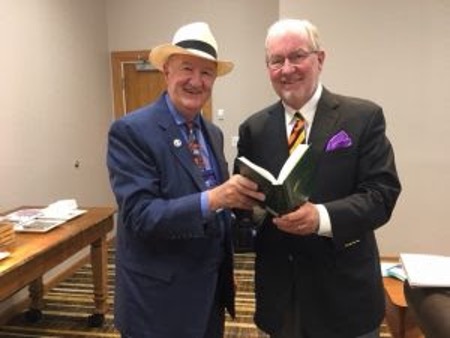 Your editor and Dennis Gartman hold a copy of the “Maxims.”

Dennis Gartman, the editor of The Gartman Letter, says it best: “It’s amazing the depth of wisdom one can find in just one or two lines from your book. I have it on my desk and refer to it daily.” 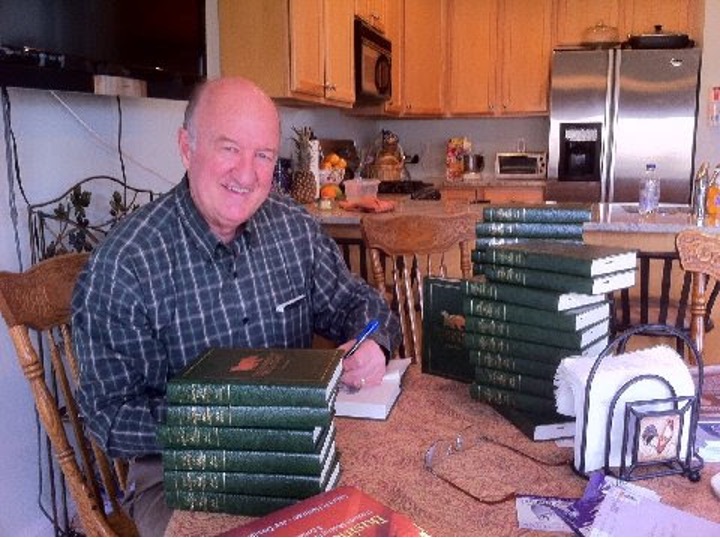 Anyone who orders the “Maxims” this week will receive a copy autographed and dated October 19, 2021. The price is only $20 for the first copy and $10 for all additional copies. They make a great gift to family, friends, clients, stockbrokers and students, especially during the upcoming holiday season. To order, go to www.skousenbooks.com.

Mandates are UnAmerican: Whatever Happened to Freedom to Choose?

“More and more, everything is either prohibited or mandated.” — Jorge “Tuto” Quiroga (former president of Bolivia)

All too quickly, the Biden administration and Democratic governors are becoming impatient with Americans who, for one reason or another, have chosen not to get vaccinated against the COVID-19 virus.

So, instead of patiently persuading people to get vaccinated, they are using the power of force, through executive orders, to force workers and school-age children to take the jab.

It’s worse in Canada. Prime Minister Justin Trudeau, who was barely reelected with a minority control of the government, has imposed severe restrictions on travel inside or outside of Canada on those who are unvaccinated, including air, train and cruise ships.

Are the vaccines truly “safe and effective,” as the media and government officials claim?

Many people are objecting for a variety of reasons, many of them legitimate. They may have an allergic reaction, even fatal, to the vaccines. Over 4,000 people have actually died from the vaccine. Granted, this is a tiny fraction of the millions who have safely received the shot, but if a negative reaction happens to you or your relatives, it matters.

Millions have also developed natural immunity from the virus, either because they got the disease, or are asymptomatic for one reason or another.

There are those who worry that the new drugs produced by Pfizer, Moderna or Johnson & Johnson are experimental, rushed through the FDA approval process and may have long-term ill effects.

We’ve already learned that the vaccines do not seem to keep you from getting the coronavirus after a few months, thus requiring never-ending booster shots.

Finally, some object on religious grounds. One person who is objecting to the mandate for religious reasons is Washington State football coach Nick Rolovich, and he’s paying a heavy price — losing his yearly $3 million salary!

His lawyer issued a statement, saying, “It is a tragic and damning commentary on our culture, and more specifically that Coach Rolovich has been derided, demonized and ultimately fired from his job, merely for being devout in his Catholic faith.”

Dr. Joel Hirschhorn, of Harvard University, has recently issued a report on the decline in vaccine effectiveness, noting that in most cases they provide only a few months of protection, and therefore, “should not be described as a medical solution worthy of population-wide use and mandates. And, in terms of ineffectiveness against the delta variant, does it make sense to believe that requiring repeated booster shots of the same vaccines will produce better results? At best, they may only delay breakthrough infections.”

He concludes: “We should not force COVID vaccines on anyone when the evidence shows that naturally acquired immunity is equal to or more robust and superior to existing vaccines. Instead, we should respect the right of the bodily integrity of individuals to decide for themselves.”

“Indeed, there is now indisputable medical evidence that natural immunity is more effective, especially against variants, and longer-lasting than vaccine immunity. That this truth is being ignored, and people are losing jobs and livelihoods, is disgraceful.”