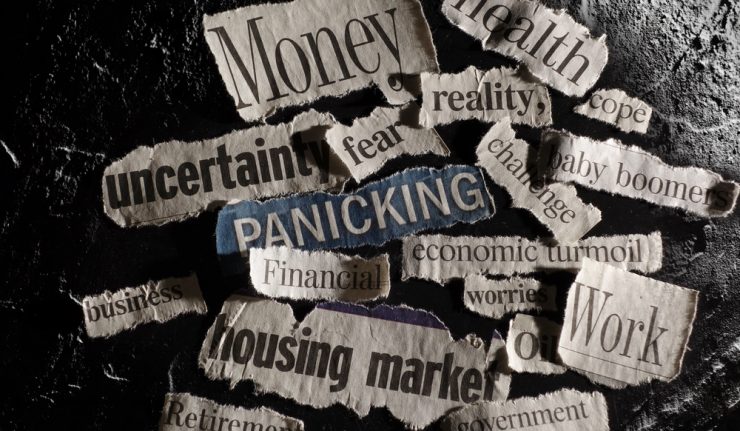 President Biden’s proposed federal gas tax cut, analyzed for EWTN News Nightly, may have too much opposition to gain passage in Congress even for just three months.

The intent of President Biden’s proposed federal gas tax cut for three months is aimed at reducing high gasoline prices to aid consumers seeking financial relief from inflation that has caused the Consumer Price Index to soar by 8.6% in the past year, its highest rate in the past 41 years. However, the idea previously pitched by Hilary Clinton in 2008 was rejected at the time by then-presidential candidate Barack Obama as a “political stunt” aimed at boosting poll ratings.

“This is what Washington does whenever there’s a big problem,” said Obama, who later that year was elected president and chose Biden as his vice presidential running mate. “Politicians pretend they’re looking out for you but they’re just looking out for their poll numbers.”

Even though the Democrats have control of Congress, the proposal has detractors within President Biden’s own party, as well as among Republicans. One of the key disadvantages, I told EWTN listeners, is that funding would be pulled away from the federal government’s Highway Trust Fund that is used to repair and replace roads and bridges.

Improved infrastructure of the roads and bridges upon which people drive has bipartisan support. In contrast, President Biden’s proposed federal gas tax moratorium has bipartisan opposition, with environmentalists, progressives and fiscal conservatives voicing displeasure with the idea for their respective reasons.

Sen. Carper has been an advocate of a “strong national infrastructure” as part of the foundation of the U.S. economy, but cautions that a big challenge lies ahead when it comes to paying for it. While the federal gas tax funds U.S. transportation programs, it has not changed since 1993, even though the price of steel, concrete, asphalt and labor have been rising.

In addition, Americans are driving more fuel-efficient vehicles, including hybrids, so they’re using less gas and generating reduced revenue to fund transportation programs. As a result, America has not kept pace with the need for transportation funding, while the U.S. population continues to grow and its existing transportation infrastructure ages.

Sen. Carper has advocated for gradually restoring purchasing power of the gas tax that has been lost since 1993 to ensure infrastructure investments keep up with inflation. He has called it a fiscally responsible approach to make sure America has a world-class transportation network.

U.S. state taxes on motor fuels average more than 31 cents a gallon for gasoline and nearly 33 cents a gallon for diesel, so they are significantly higher than the federal gas tax, according to the Energy Information Administration. That likely explains why President Biden has called on state and local governments to suspend their own fuel taxes, as he champions a three-month mortarium on the federal gas tax that would cost the Highway Trust Fund $10 billion.

California, Illinois and Pennsylvania have the country’s highest state gasoline taxes that all exceed 58 cents per gallon. However, states such as Maryland, where I live, along with Georgia and Connecticut, already have cut their fuel taxes to help consumers weather the current storm of inflation that has worsened amid COVID-19 economic lockdowns and rising gas prices due partly to Russia’s invasion of Ukraine that led to economic sanctions aimed at pressuring President Vladimir Putin to withdrawal his troops from neighboring Ukraine for what he calls a “special military operation.”

Putin and other Russian officials have been insisting that other nations cease their restrictions on their country’s goods before allowing grain exports to resume, despite that policy exacerbating famines in Africa and affecting upward of 140 million people. Russia’s invasion of Ukraine has shelled hospitals, schools, residential areas, churches, nuclear power plants, oil refineries and a theater used as a shelter, amid reports his soldiers raped, tortured, kidnapped and executed Ukrainian civilians.

President Biden on March 31 ordered the release of 1 million barrels of oil a day from the U.S. government’s Strategic Petroleum Reserve, while asking oil companies and refiners to boost capacity and output to aid the nation’s energy supply. He also has expanded access to biofuels such as E15 — gasoline that uses a 15 percent ethanol blend — to increase supply and lower prices at thousands of gas stations across the country.

However, American Road & Transportation Builders Association (ARTBA) examined 177 changes in state gasoline tax rates in 34 states between 2013 and 2021 and found that, on average, just 18 percent of an increase or decrease was passed on to motorists in the retail price of gasoline in the two weeks after a change took effect. The findings come as 24 states have either enacted or are considering a temporary suspension of their gas taxes or other transportation-related user fees. Legislation already has been introduced in the U.S. Senate and House of Representatives to suspend the federal gas tax for the rest of the year but even President Biden’s proposed three-month moratorium is catching flak.

Amid the Russian invasion of Ukraine, soaring inflation and historically high gas prices, efforts by federal and state lawmakers to bring relief to consumers are “well-intentioned,” but ineffectual in the short-term and compromise revenues for transportation improvements in the long-term, said the association’s Chief Economist Dr. Alison Premo Black.

“A temporary gas tax holiday sets a bad precedent and undermines the funding mechanism in the infrastructure investment law that has been the signature policy achievement of the Biden presidency,” said Dave Bauer, president and CEO of the association. “We urge members of Congress to continue resisting such a proposal on a bipartisan basis as they have been doing since the beginning of the year.”

With such opposition, President Biden’s proposed federal gas tax cut looks to have too many obstacles on the road ahead to gain approval in Congress.

Paul Dykewicz, www.pauldykewicz.com, is an accomplished, award-winning journalist who has written for Dow Jones, the Wall Street Journal, Investor’s Business Daily, USA Today, the Journal of Commerce, Seeking Alpha, Guru Focus and other publications and websites. Paul, who can be followed on Twitter @PaulDykewicz, is the editor of StockInvestor.com and DividendInvestor.com, a writer for both websites and a columnist. He further is editorial director of Eagle Financial Publications in Washington, D.C., where he edits monthly investment newsletters, time-sensitive trading alerts, free e-letters and other investment reports. Paul also is the author of an inspirational and motivational book, “Holy Smokes! Golden Guidance from Notre Dame’s Championship Chaplain,” with a foreword by former national championship-winning football coach Lou Holtz.