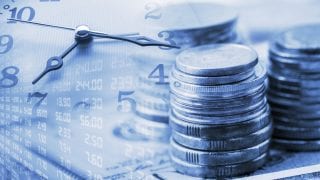 Today, we received word from the Federal Reserve that it’s going to be easy money at least until the end of 2014. The Fed flat-out stated that it isn’t likely to raise interest rates for about three years, and that’s much later than the central bank’s previous call for rates to remain at rock-bottom levels until mid-2013.

The move clearly is an attempt to continue bottle-feeding an ailing economy back to health. While this coddling might be good for the equity markets, so far, access to easy money hasn’t been able to right our economic ship.

In the Fed’s statement, it repeated its view that the economy faces “significant downside risks.” However, the central bank offered little to suggest it was close to launching another round of bond-buying, or what’s now commonly known as quantitative easing.

Bill Gross, co-chief investment officer the PIMCO funds, called what the Fed was doing, “QE 2.5.” I think this is an apt description, as the Fed’s actions fall short of actual quantitative easing, but the accommodative stance for several years certainly is designed to stimulate the economy by keeping the money spigot wide open. 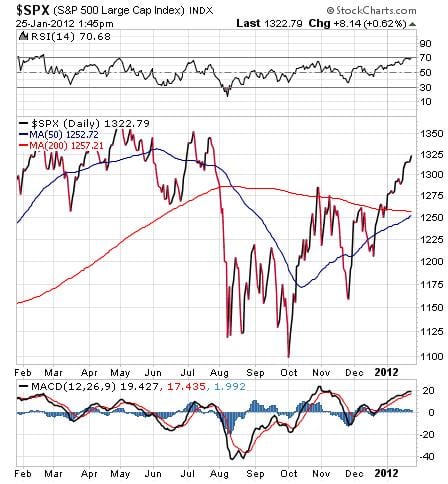 Stocks had a positive reaction to the Fed announcement, as it means there is plenty of capital for the big guys to borrow at very attractive rates and to put to work in stocks and other securities. As for the economy, it remains to be seen what real impact the Fed’s announcement will have.

I think one thing for certain is that the value of the U.S. dollar will continue coming under pressure, and that means we could see commodities, such as oil and gold, keep rising. It also means multi-national companies that rely on a weak dollar to sell their products overseas will continue benefitting. For savers, it just means more pitiful returns, and not much in the way of a reward for hanging onto wealth.

In an environment like this one, it is essential that you have a plan in place to help you manage your serious money. For more than three decades, my family’s Successful Investing advisory service has helped investors beat the market. If you’re in a quandary about what to do with your money, then check out Successful Investing today.

For the past three weeks, we’ve outlined the personal finance exercises that I want you to undertake for 2012. This week, we have Part IV of our series, which is all about expenses.

When it comes to expenses, many of us act like an ostrich and put our heads in the sand. That’s because tallying up your expenses can be both disconcerting and quite revealing. I recall that just a few short years ago, many of my friends, acquaintances and colleagues were on spending binges like you couldn’t believe.

I saw many upper-middle class people behaving like they were Arab sheiks, throwing money around lavishly (and in my view, frivolously) on cars, boats, vacations, home improvements and other goodies. A few years ago, expenses didn’t really matter, because the economy was booming and home values and stock portfolios were sky high.

As we all know, times have changed. And even though the economy and the markets have made headway during the past year, the lesson most of us learned is to not overextend ourselves, and to keep expenses down.

The first step in getting a handle on expenses is to do a simple list of what you owe, to whom, and at what interest rates you’re paying. Doing so allows you to identify where you can make adjustments, and making the right adjustments can help you increase your wealth.

For example, if you have toys like a boat, a sports car or a motorcycle that you aren’t using very much, why not consider selling them and shedding those payments? Also, if your home mortgage is north of 6%, then you need to consider refinancing. I know it’s almost impossible to refinance if you’re underwater in your home, but if you do qualify, you can save thousands and thousands of dollars during the life of the loan by getting that rate lowered.

If you have high-interest credit cards, then consider putting a plan in place to pay that debt down to manageable levels. There’s nothing worse than constantly paying each month on purchases with high interest, because you end up increasing the overall cost of those purchases. The longer it takes to pay them off, the more money you’re losing.

When it comes to protecting your net worth, think about how you can keep more of what you make by reducing expenses. If you’d like to hear more about these personal finance exercises, and my take on all of the latest market action, then I invite you to sign up here for my weekly audio podcast.

Thanks in large part to the sale of 37 million iPhones in the fourth quarter of 2011, Apple today became the world’s largest company, based on market capitalization. Apple’s intraday high price today put its market value at $423.7 billion, up 8% from $391.9 billion yesterday, surpassing Exxon Mobil’s market value of $416.5 billion achieved when it reached its high in today’s trading.

With more than $97.6 billion in cash on its balance sheet, Apple is well positioned to pay a significant dividend or to buy back some of its own shares later this year. With those prospects in mind, the Technology Select Sector SPDR Fund could be a good addition to your portfolio. If you think the lift Apple is giving to technology-sector ETFs is ending, I want to point out that Goldman Sachs analyst Bill Shope raised his 12-month forecast on the company’s shares to $600 from $550. As of this writing, Apple was trading around $447.

Here is a bit of additional detail about the Technology Select Sector SPDR Fund. Before expenses, the fund seeks to closely match the returns and characteristics of the Technology Select Sector Index (ticker: IXT). The largest component of XLK, without question, is Apple, accounting for 14.79%. IBM is a distant second with 8.56%. Other top holdings include Microsoft, 8.31%; AT&T Inc, 6.75%; Google, 5.55%; and Intel, 4.42%.

When deciding to own an ETF that has Apple as a major component, keep in mind the following. The ETF likely will underperform, compared to the meteoric rise of owning just Apple shares. On the flipside, your portfolio should be less volatile, since you are holding a basket of stocks rather than just one.

If you want my advice about buying and selling specific ETFs, including appropriate stop losses, please check out my ETF Trader service. As always, I am pleased to answer your questions about ETFs, so do not hesitate to email me by clicking here. You just may see your question answered in a future ETF Talk.

The Right Strategies for 2012

In what likely will be a very challenging year for the markets, having the right strategies in place both to preserve and to grow your capital is absolutely critical to your investment success. Now is the perfect time to decide how you should position your investment dollars to achieve your financial goals in 2012.

Make no mistake; the year ahead will be very tricky. The markets will continue to be plagued by Europe’s debt problems, as well as a global economic slowdown led by China. Then we have the rollover of enormous debt loads in Japan, Europe and the United States, all of which could wreak havoc on your wealth in the coming year — if you’re unprepared.

We think that how you position your assets at the beginning of the year will be a big determining factor on whether you succeed, or whether you fail, in achieving your investing goals in 2012.

To help ensure you are on the right track for the year, Fabian Wealth Strategies has put together an audio special report titled, The Right Strategies for 2012.
In this special, one-hour presentation, you will learn:

This audio special report is FREE, and all you have to do to listen is click here.
Here’s to a fantastic year for the well-prepared investor!

“Government does not solve problems; it subsidizes them.”

Last night’s State of the Union address was chock full of bromides, class warfare and protectionism. To me, it sounded much more like a campaign speech than a speech to inform the American people about where we stand as a nation. Although President Obama gets points for style, the substance of his words was, in my view, sorely lacking. The basic issue our country faces right now is should we depend on government to solve problems, or should we rely on the freedom of the individual to solve our issues? When answering that question for yourself, consider what President Reagan said about not subsidizing problems. With any luck, we won’t let our nation become subsidized any further.

share on: FacebookTwitter
previous article
A Great Week for the Markets
Markets continued their relentless move upward this past week, with the S&P 500 ending 1.62% higher. Global markets also regained their momentum as the MSCI Emerging Market Index rose 4.5%.
Negative news could not shake markets even as Standard & Poor’s threatened to declare Greece in “technical default.” The International Monetary Fund (IMF) also warned that "the euro crisis entered a perilous new phase," and lowered its glob