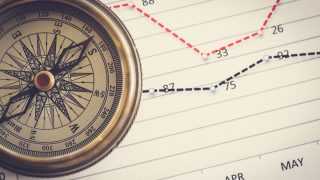 October Surprise: Get Ahead of The Biggest Election Shock of All

State of the Union Address to Kick-start Market Tonight?  (YahooFinance)

President Obama delivers his State of the Union Address tonight but how much will it affect you as an investor? Well, if recent history is any indication, not much. Despite his excellent “speechifyin’” and good intentions, Obama finds the United States largely unchanged economically from four years ago. Unemployment’s about the same. The middle class seems a little worse off. And the market has showed signs of life, but that’s about it. Of course, the president will use tonight as a springboard to start a whirlwind tour of deeply Republican areas of the country to rally support for his economic plans.  What that means for the market… time can only tell. Whether the president says or does anything to help investors is an open question. So, buckle up.

In yesterday’s Eagle Eye Opener, you read that investors were putting their support behind emerging market equity products over developed nations’ products at an almost 2-1 rate: $13 billion to $7 billion in January alone. Well, because every coin has two sides — and sometimes many more in the market — Goldman Sachs today downgraded global equities. Its primary reason: “We think the equity market will need time to digest recent gains.” Indeed. A six percent rise in both the S&P 500 and DJIA in January is quite a mouthful for the market, but is it enough to grind the global economy to a halt? Well, investors poured $13 billion into emerging market investments in January. Investors are showing they may not be quite ready to take the advice of a bunch suits from Goldman Sachs. And you?

Barclays’ Chief Executive Officer Antony Jenkins has his work cut out for him. After being hammered for interest rate manipulation, his company now must fight a two-front war: one fiscal, the other public relations. Both will impact investors significantly. On the fiscal side, to offset Q4 12 losses in excess of 1 billion pounds, Jenkins’ is slashing 3,700 jobs from the investment bank and European consumer & business units. This effort should save about 1.7 billion pounds annually, but reduce investor resources in those areas significantly. However, the move may lay a foundation for getting back into the good graces of the public, should the company still be able to profit in Q2 13 despite these cuts. And the strategy may already be working, as shares climbed more than 5 percent today after this news hit the streets…

During the last year, I've received countless emails from people -- subscribers to my investment newsletter PowerTrend Profits and others -- telling me they are finding confirming data points for my eight great PowerTrends all over the place. As I mentioned to the audience at the recent Orlando MoneyShow, I'm a person who likes to sleep at night and, therefore, the more confirm