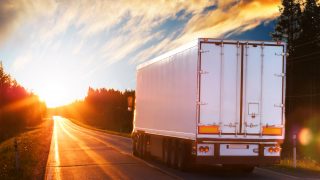 Betting on Big Bounce in Gold

This week’s Bull Market Alert recommendation, ProShares Ultra Gold (UGL), is a leveraged bet that tracks twice (200%) the daily performance of the price of gold.

Gold has gone quickly from “safe haven” to “contrarian bet” over the past six months.

So why the collapse in gold prices? Investors have held gold for two reasons. First, they were worried about the inflationary impact of the Fed’s loose policy. Second, they thought the financial system was going to implode.

For now, the market has shown that neither of those is a concern.

Note that with gold closing at just under $1,200 on Friday, all of these forecasts imply a rising gold price in the second half of 2013.

With gold as technically oversold as I’ve ever seen it, I believe that the yellow metal is due for a big bounce, independent of its “fundamentals” — however you may measure that.

With the 2x leverage of ProShares Ultra Gold (UGL), you’ll see double-digit percentage gains if gold bounces back to roughly $1,260 an ounce, still far below the lowest of its current target price levels.

So buy ProShares Ultra Gold (UGL) at market today and place your initial stop at a wide $32.00.

Note that this recommendation is a particularly volatile bet, so you may want to take a smaller position than you normally do.

Melco Crown Entertainment Limited (MPEL) dipped 0.58% last week. MPEL staged a measured turnaround of its own last week after several analysts released positive commentary. In particular, JP Morgan issued a statement urging investors to buy the recent dip. All analysts believe that any negative news from China would have little impact on growth in Macau. MPEL is a HOLD.

Stratasys Ltd. (SSYS) added 1.94%. Big news emerged last week as Microsoft and Stratasys announced that support for 3D-printing will be included in the forthcoming new release of the Windows 8.1 operating system. With the Microsoft’s Windows operating system (OS) being the dominant OS on hundreds of millions of PCs worldwide, the bullish case for 3D-printing just took an exponential jump upwards. SSYS is a BUY.

Jazz Pharmaceuticals (JAZZ) rose 2.38% last week. JAZZ may be poised to move higher in the coming weeks as volume on JAZZ shares jumped from the average 950,000 daily shares to nearly six million last Friday. This action comes on the heels of a positive research report released by Wall Street Reports last week highlighting some of the amazing innovation in the pharmaceutical space and included positive commentary on JAZZ’s recent development efforts. JAZZ is a BUY.

Sony Corporation (SNE) followed up last week’s gains with a second winning week, adding another 3.97%. Gaming fans will get an up-close look at Sony’s new Playstation 4 (PS4) video game system at the end of August. The PS4, as well as Microsoft’s next generation gaming console, will be on display at the GameStop EXPO beginning Aug. 28 in Las Vegas, Nev. SNE is a BUY.

iShares Dow Jones US Home Construction (ITB) added 1.45% for its first week in your Bull Market Alert portfolio. Housing appears poised for a move higher as it has traded both above and below its 200-day moving average. Recent positive data also suggests that bullish sentiment is quickly returning to the housing sector. ITB is a BUY.

As a courtesy, I want to bring to your attention my latest special report, Hedge Fund Secrets Revealed: A Simple Four-Step Technique to Manage Your Money like a Hedge Fund. This FREE report gives you the four-step process to maximize your profits just like the best investment pros do.

In addition, take a look at the latest version of The Top 12 Stocks You Should Buy Right Now, which features three of my top investment recommendations, as well as bonus picks from each of my fellow investment newsletter editors at Eagle. Both of these special reports are accessible FREE on my website.

In the Pacific Rim, imagine people trying to save the planet from alien beasts by creating giant, wearable computerized robots starting in July.