Bank of Japan Goes on the Offensive (CNBC)

Bank of Japan (BOJ) reps resurfaced this morning, signaling the end of the country’s two-day policy meeting and, indirectly, its grip on the Japanese economy. The major news coming out of the meeting is that the BOJ pledged to double its current holdings of long-term government bonds and exchanged traded funds (ETFs). It also promised to begin purchasing more than 7 trillion Japanese government bonds  (JGBs). How the overall market responds to these tactics long-term remains to be seen. But in the short-term, investors roared their approval, sending the Nikkei 225 up to nearly 2 percent.

Spain’s Princess Cristina Federica de Borbon y Grecia will be formally questioned on April 27, 2013, in connection with her husband Iaki Urdangarin’s activities as president of Instituto Nos (Nos). Nos is a “non-profit” sports marketing organization. As president, Mr. Urdangarin is alleged to have pilfered millions of euros from public funds for his own comfort. The investigation is led by Judge Jos Castro, who named the princess as a suspect after determining it would have been almost impossible for her to miss her husband’s activities from her position on Nos’ Board of Directors. This latest incident to mar the reputation of King Juan Carlos’ family comes at a time when Spain needs everything but bad publicity to help with economic recovery efforts. Does anyone think the princess will do hard time?

Moscow has aimed a little lower in its latest attempt to re-invent itself as a financial hub of Europe. Instead of taking on the likes of London, Tokyo and New York – Russia’s targeting Warsaw, Poland, to see which city becomes the economic center of the former Soviet Union. According to Andrei V. Sharonov, deputy mayor of economic affairs, “The idea is to upgrade the position of Moscow in ratings, to become closer to the leaders of innovation and to the big boys of international financial centers.”  As part of this effort, Sharonov led a “tour” around Asia promoting Russia’s changing face and investment potential.  However, completing this makeover will be no small challenge, as the country’s “old-boy” network, lack of financial transparency and sketchy accounting laws make it a tough sell to the international business community. Actually, upon further review, those same qualities could be looked upon as “perfect” for today’s market…

Falling financial and energy stocks today dragged down U.S. stocks, pulling the S&P 500 down from its recent record. 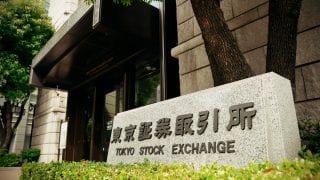 Japan is Back — Nikkei Hits 26-Year High, and Yet… 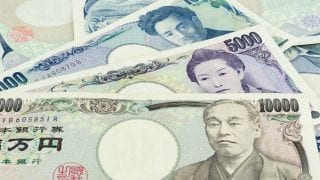 Japan Leading the Way as World’s Most Volatile Bond Market