Trouble Brewing In the BRICS

The much-vaunted BRIC economies of Brazil, Russia, India and China have had a rough 2011.

Even as U.S. investors lament the lackluster performance of the U.S. S&P 500, those who bet the financial farm on the rise of the world’s new economic powers have had it much rougher. At the end of last week, all of the BRIC stock markets were down by at least 20% in U.S. dollar terms for 2012. Those results compare with a flat S&P 500 over the same period.

The performance of financial markets is as much a function of “Mr. Market’s” mood swings as it is economic fundamentals. Nevertheless, there is a worrying trend of steadily dropping Gross Domestic Product (GDP) growth rate estimates for all the BRICs, which hints that these economies may not turn out to be the relentless sources of economic growth that they once seemed to be. And that drop may cause a fundamental reassessment of the role of the BRICs in investors’ portfolios over the coming years.

Last year, it was stories about China and its inevitable rise that seemed to grace the cover of every other issue of U.S. business magazines, even as your email inbox overflowed with tales of making millions from the “China Miracle.” Sadly, the Chinese stock market itself has not been that obliging, never really recovering after its 2008 collapse. Then there is the large number of U.S. investors, including me, who invested in U.S.-listed Chinese stocks that turned out to be frauds. That experience has made me even more skeptical of economic numbers coming out of China, where the economic growth rate is projected at around 9.2% in 2011, slowing to only 8.5% to 8.8% next year. This robust economic forecast comes even as China’s wealthy are taking their money out of China as fast as they can make it. I continue to believe that the coming collapse of China will make the popping of the Japanese bubble in 1990 seem like a minor blip by comparison.

The craze surrounding India never got quite as bad as around China. But it took no more than 12 months or so of poor stock market performance for China’s great rival to essentially disappear from the U.S. media. Since then, estimates of India’s economic growth rate have been sliding inexorably. Conventional wisdom had it that 9-10% economic growth was the new natural rate of expansion in India. Things look very different only nine months later with the latest GDP growth figure slipping to 6.9%. And based on early industrial production numbers, the future looks even worse.

In the summer, the Brazilian real was the most overvalued currency in the world, when adjusted for Brazil’s level of economic development. Since then, the real has dropped over 12% against the U.S. dollar. Then last week, Brazil announced its GDP in the third quarter was flat and going down, following eight consecutive growth quarters. Economists now believe that estimates for 2012 should be around 3.4% — half the 7.5% of 2010 when the country’s growth rate hit a 25-year record. That reduced growth forecast for 2012 means you’ll be hearing less about the Brazilian miracle, at least until it plays host to the 2014 World Cup and the 2016 Olympics.

Then there is investors’ least favorite “BRIC” — Russia. The recent sham elections that are driving tens of thousands of Muscovites to the streets in protest have only confirmed the worst fears of Russia’s harshest critics. Putin’s cronies are projecting 6-7% growth rates for the Russian economy as far as the eye can see. The more sober-minded Paris-based Organisation for Economic Co-operation and Development (OECD) estimates Russian GDP to increase 4% this year and 4.1% in both 2012 and 2013. Meanwhile, not even a rising oil price has been able to shield investors against big declines in the Russian stock market.

The recent remarkable decline in the GDP estimates of BRIC economies underscores the perils of prediction. Project an unsustainable economic growth trajectory to any country and, thanks to the miracle of compounding, you get an economic superpower in a couple of decades. But if you’re forced to endure just a few years of off-track growth, then you get a very different result even a few years out.

Yet, we keep falling into the same trap. In the 1950s, economists projected that the Soviet economy would overtake the United States by 1984. They later projected the same fate for Japan by the year 2000. Things turned out very differently.

The bottom line? Take long-term projections about the future with a grain of salt. Understand that you can’t really predict much about anything with better than random certainty. Making money in the market is much less about accurate prediction than it is about reacting properly to unexpected scenarios as they develop. 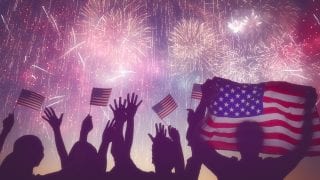