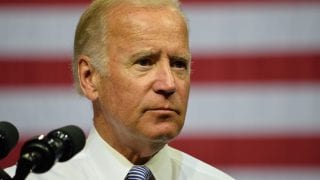 Volatility has returned to the stock market in the past few weeks, you’ve probably noticed. One of the factors fueling that volatility is the question about when the Federal Reserve will taper its stimulus plan. When we get better-than-expected economic data, the market fears the Fed will taper sooner than expected. When we get weak data, the market rallies because it collectively expects the Fed to continue its stimulus efforts.

Combining Friday’s tepid May Employment Report with the May ISM manufacturing index report that also was issued last week, I simply don’t see the Fed tapering its stimulus near term. Not only was May’s job creation of low quality in my view — 57% of jobs created were lower-wage ones — but the new order index component of the May ISM manufacturing figure contracted! That combination, along with weak savings and withering disposable income, spells a domestic economy that is heading for 2% growth this year.

Against that backdrop, it’s hard to see the Fed stopping the sugar-laden stimulus cold turkey. If anything, the Fed will strive for a smooth taper as it seeks to take the dependent economy off of its stimulants.

Bullish sentiment falls, CNBC ratings drop and outflows happen. With that uncertainty out of the way, at least for now, it’s looking like the recent stock market pullback is done, as the S&P 500 has bounced off of its 50-day moving average. It also helps that some of the over-bullishness is out of the market. According to the American Association of Individual Investors (AAII), bullish sentiment declined to 29.5% for the week ending June 5. That’s down significantly from the index’s recent peak of 49% from just two weeks ago, and that decline represents the largest two-week dip of the entire bull market since March 2009. At the same time, May was CNBC’s lowest-rated month in total viewership since April 2005, according to Nielsen Media Research.

Could investors simply have been looking to check out, given mounting concerns? I ask that question because, along with the reversal in bullish sentiment and falling CNBC ratings, the Investment Company Institute estimates that more than $5 billion left the domestic equity markets in May.

Maybe it’s the wealth effect, and investors were simply being prudent, given the 17% return in the S&P 500 through its recent peak on May 21. Even if it was prudence, or any other reason, the Dow Jones Industrial Average and the S&P 500 each dipped 4-5% in the last few weeks before rebounding more than 1.25% this past Friday. That performance likely took the froth out of the market, and that movement gives the bears the near 5% pullback that they have been looking for during the last few months.

Getting ready for the second half of 2013. With that pullback now in the rearview mirror and the strong likelihood that the Fed will not taper near term, we can focus on the hard work. That task, of course, is identifying the stocks that should have the next significant leg up. That challenge can be a daunting task when conditions are optimal, but it’s far more difficult when the stock market, as measured by the S&P 500, already has climbed more than 15%, as of Friday’s market close.

As we approach the mid-point of the year, keep in mind two things. First, in a handful of days, companies will enter the quiet period ahead of corporate earnings announcements for the June quarter. That’s right; it’s almost time for corporate earnings again, as well as its natural precursor — good and bad pre-announcements. Second, I’ll be looking to use my PowerTrend lens to capitalize on a number of seasonal events that come during that time of the year. My plan is to identify even more big-ticket returns to subscribers of my investment newsletter PowerTrend Profits and my trading service ETF PowerTrader.

As you may have noticed, during the last few years, gambling has grown from a focus on Las Vegas, Nev., and Atlantic City, N.J., to a number of other places — Maryland, West Virginia, Connecticut and Pennsylvania, to name a few. Although it has had its issues, online gambling has not been immune to this transformation. While Congress banned online gaming in the United States in 2006, that prohibition has changed recently, as tax-hungry states like Nevada, New Jersey and Delaware relaxed the rules.

Flashing forward to this past April, UltimatePoker.com went live, becoming the first legal, real-money poker site in the United States. Since then, Caesars Entertainment Group announced its plans to go live this summer with an online poker site in Nevada.

How big can online gaming get? Morgan Stanley predicts U.S. online gambling will produce over $9 billion in revenue by the year 2020. That $9-billion figure is the same amount of revenue generated by the Las Vegas and Atlantic City markets combined.

That’s one reason why I was excited to talk with Tom Breitling, the co-founder and Chairman of Ultimate Gaming, which launched the first legal online poker site — Ultimate Poker.

previous article
Back into Japan — And Putting Risk Back on

It was a volatile, if mixed, week in global markets last week. The S&P 500 rose 0.78%, and the NASDAQ recovered 0.38%. The MCSI Emerging Markets Index continued its remarkable weakness, ending the week down 1.23%. Big gainers in your Bull Market Alert portfolio included Delphi Automotive (DLPH), up 3.26%, and Melco Crown (MPEL), jumping 2.31%. Bank of Ireland (IRE) bounced after a sharp sell-off, rising 2.21%. Delphi Auto