Markets Steady in the Face of Putin’s Shenanigans

For all of the uncertainty generated by Russia’s takeover of Crimea, the MCSI Emerging Markets Index actually rose 1.55%.

The iShares S&P Global Timber & Forestry Index (WOOD) fell below its 50-day moving average and is now a HOLD.

Overall, the market has remained remarkably firm and has shaken off the Ukraine crisis quickly. All this indicates to me that the “market tone” is quite robust, and much healthier than when, say, the Wall Street market opening was held hostage to an outcome of a parliamentary vote in Slovakia, which was deciding whether to approve a bailout package to Greece. Acceding to Russia’s whims in its backyard — its own version of the U.S. “Monroe doctrine” — may have long-term foreign policy implications. But it won’t slow down the party on Wall Street. The much bigger worry is what may happen in China as its credit bubble pops.

Over the last dozen years or so, I have listened to a lecture a day from some of the best college lecturers in the United States through www.TheGreatCourses.com. I still have big boxes of (now useless) VHS tapes that I had shipped over to Europe even before the days of DVDs.

This morning, I completed a 48-lecture course on “American Identity” taught by Patrick Allitt, a British historian who teaches at Emory University in Atlanta. The course consists of 48 short biographies of great Americans ranging from Captain John Smith (immortalized by Disney films for his love affair with Pocahontas) to the Reverend Jesse Jackson (who, as it turns out, isn’t really a “Reverend”).

Observing the United States as a foreigner, Allitt summarized the American character as follows: a lack of fatalism; an energetic approach to problem-solving; faith in economic growth; dedication to education; devotion to religious liberty; and belief in equality.

Allitt’s conclusion? The United States may not look outstanding when compared to its highest ideals. But it starts looking a whole lot better when you compare it to whatever else is out there. As Jim Rohn observed, people have not spent years plotting and scheming, telling themselves, “Gee, life would be so great if we could just get to Poland.”

I was reminded of all this when I saw this video sent to me by one of my staff this morning on the massive exodus of the most successful people in France. As it happens, I live in a building in London near the French School and where most of my neighbors are French professionals who have left France since the election of current socialist Prime Minister Francois Hollande. These folks have left the country due to a combination of high taxes (up to 75%!) and few professional opportunities. No wonder Hollande is back-tracking on his rhetoric.

For all of the criticism leveled at the European Union (EU), the ability of citizens of member states to move freely puts immediate pressure on governments to reform their ways. It is the same kind of competition you see among the states in the United States.

Berkshire Hathaway (BRK-B) dipped 1.13% as it pulled back from a sustained, two-week 11% gain. Warren Buffet recently listed his “Powerhouse Five,” the five non-insurance businesses that form the foundation of Berkshire Hathaway, and they are certainly not household names. With combined earnings of nearly $11 billion in 2013, they include MidAmerican Energy, BNSF Railway, Iscar, Lubrizol and Marmon. BRK-B is a BUY.

Google Inc. (GOOG) added 0.94%. Many tech experts believe that the next big technical revolution will involve “wearables” — devices such as Google Glass and the various smart watches coming on the market. Not one to miss out on “the next big thing,” Google recently announced the formal name for its wearables effort — Google Wear. Google will soon be making devices similar to Dick Tracy’s famed smart-watch/wrist-radio of decades past, and they will be better than he ever could have dreamed. GOOG is a BUY.

iShares S&P Global Timber & Forestry Index (WOOD) lost 2.11% last week after pulling back from a recent 52-week high. The winter’s deep-freeze affecting the United States over the past few months will ultimately create a pop in lumber demand. However, these same arctic conditions have taken a short-term toll on logging production, as reflected in the negative price movement WOOD has suffered recently. WOOD moved below its 50-day moving average (MA) and is now a HOLD.

Market Vectors Biotech ETF (BBH) gained 0.49%. Biotech has cooled off over the past few weeks, pulling back to its 50-day MA. However, given the persistently bullish longer-term sentiment for biotech, and recent nascent recovery, this “dip to the fifty” is likely a good buying opportunity. BBH is a BUY.

Market Vectors Gulf States Index ETF (MES) added 1.04% over the past five trading days. Your bet on MES is essentially a bet on some of the wealthiest countries in the world, most of which are literally swimming in oil. Also back at the 50-day MA and making positive moves upwards, MES is likely at a good buy point as well. MES is a BUY.

Vanguard Russell 2000 Index ETF (VTWO) added 2.65% for its first week in your portfolio, making it the biggest winner last week. This long-term bet against the “King of Long-term Bets,” Warren Buffett, should bring big but volatile gains for many years to come. VTWO is a BUY.

I invite you to take a look at the new 2014 version of The Top 12 Stocks You Should Buy Right Now, which features three of my top investment recommendations, as well as bonus picks from each of my fellow investment newsletter editors at Eagle.

In addition, as a courtesy, read my other recent special reports, Earn 20% Dividends from the New Switzerland, Profit for the Next 30 Years with the 21st Century GE, Beat Buffett for the Next Decade: 3 Investment Strategies Perfectly Positioned to Outperform the Oracle of Omaha for the Next 10 Years and Alpha Opportunities: Where the Smart Money is Investing Now which includes time-critical information you can use  as 2014 begins. These special reports and others are accessible FREE on my website to you and other subscribers. 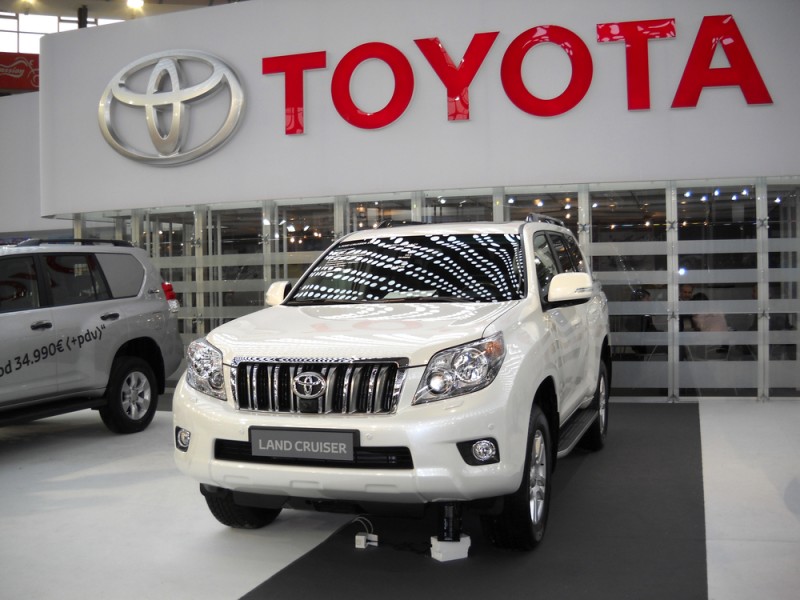 Toyota ‘Gets Off Lightly’ with $1 Billion Settlement

The United States Justice Department has lowered a $1 billion boom on Toyota Motor Corp (TM) to end a four-year investigation into the beleaguered Japanese carmaker.