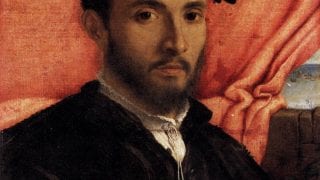 Stock markets across the globe steadied this past week, as markets bounced strongly from oversold levels just in time for the start of Q2.

Your position in the Market Vectors Gulf States Index ETF (MES) hit a new 52-week high as the Dubai stock exchange took the crown as the top-performing stock market in the world in Q1, soaring another 34% after more than doubling in 2013.

The big news this week is surrounding Google Inc. (GOOG). The company is splitting its shares, when shareholders of record as of March 27 will get two shares for every one they owned.

Note that the Class A stock — your Alpha Investor Letter holding — will switch to a new symbol: “GOOGL.”

The total number of Google shares will roughly double from the nearly 337 million outstanding as of March 17. As a result, the share price will probably be cut in half beginning Thursday, the first trading session following the split. This means Google’s Class A stock, which has been trading above $1,100, will probably drop to somewhere between $500 and $600 beginning Thursday. Since Google’s share price will be cut in half, be sure to reset your stop loss to $484, half of the current stop price of $968.

Why all the shenanigans? Google founders Larry Page and Sergei Brin own virtually all of the Class B stock, 46.7 million shares. That gives them 56% of the company’s voting power. Nevertheless, they were worried their votes eventually would slip below 50% as they sold more of their Class B stock and more Class A shares are issued to finance acquisitions and reward other Google employees.

Google’s reliance on nonvoting stock to protect their founders’ interests is not without precedent. Facebook, LinkedIn and Yelp all have issued nonvoting stock for the same reason as Google. Both cable and Internet service provider Comcast and cable-TV channel network Discovery Communications already operate under similar stock structures to the one that Google is setting up.

Visa Inc. (V) dipped 1.69% last week. Fifty percent of the world’s credit card fraud occurs in the United States, even though only 25% of card transactions originate in the States. When Visa finally implements new “chip card” technology next year, fraud may fall as much as 50% within six years, as was the case in the United Kingdom — saving Visa huge losses on card fraud. Visa will report earnings on April 24, after markets close. V is a HOLD.

First Trust US IPO Index (FPX) added 0.91%. FPX has been above the 50-day MA for the majority of the past year, and each dip has been a steadfast buy signal without exception. FPX spent much of the last week below the 50-day MA only to spike back above yesterday — likely signaling the beginning of yet another bullish phase. FPX is now a BUY.

Guggenheim Spin-off ETF (CSD) gained 1.16% over the past five trading days. This second of three “smart beta” plays in your portfolio trades very much like your position in FPX. CSD also experienced a recent dip to the 50-day MA and is currently making a vigorous bounce higher. CSD is a BUY.

Market Vectors Biotech ETF (BBH) rose 1.37%. The biotech sector suffered a significant sell-off over recent weeks, pushing BBH down along with it. BBH is now oversold according to several technical indicators and is due for a comeback. This is likely a good time to add to your position. Currently below the 50-day MA, BBH is a HOLD.

The Blackstone Group L.P. (BX) added 2.43%. BX recently launched a public offering of 8 million additional shares of its class A common stock. This new capital will allow BX to originate and purchase additional commercial mortgage loans, as well as other new investments. BX is expected to report earnings on April 17, before markets open. BX is a BUY.

Las Vegas Sands Corp. (LVS) jumped 5.01% last week. The Gaming Inspection and Coordination Bureau in Macau recently reported a 13.1% rise in March gaming revenue, bringing the year-to-date increase to 19.8%. LVS rose above the 50-day MA yesterday to move back to a BUY.

S&P 500 Rises to Another Record High

Optimism-fueled increases in consumer and technology stocks led the S&P 500 to yet another new record high today.