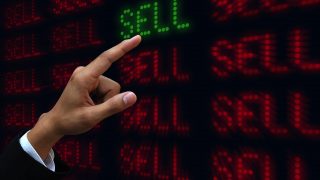 Those same financial first responders now are “condemned” and “punished” with taxes, said Root on the opening day of an annual freedom-championing conference that attracted 2,200-plus attendees. Capitalism is “under attack,” he added.

“God bless financial first responders and God bless capitalism,” said Root, the author of the “The Ultimate Obama Survival Guide: How to Survive, Thrive, and Prosper During Obamageddon.”

“They are the business owners, investors, job creators and taxpayers,” Root said. “They risk their financial lives, just as policeman and fireman risk their bodies.”

Their “courageous” risk-taking is what fuels the entire U.S. economy and pays for the taxes needed to fund the government, Root said.

“Obama famously said, ‘You didn’t build that’ to business owners,” Root recalled. “The truth is the exact opposite. Nothing could get built by government without the risks taken and taxes paid by business owners and investors.”

They are willing to risk their life savings on nothing but a business idea, Root said.

“That’s the definition of courage,” Root continued. But Root said the Obama administration is not just taking entrepreneurs and their job-growing aspirations for granted but penalizing and sometimes hounding them.

“This group picture could keep the IRS busy for a decade,” said Root, referring to the recent scandal in which IRS officials targeted specific interest groups for scrutiny due to their conservative leanings. It is time for the patriots, taxpayers and Constitutionalists to “take back this country,” Root said.

“Obama are you listening?” Root asked his audience.

“If you don’t know my personal story, I’ve been in middle of the IRS scandal,” Root said. “I am living proof it was not just about Tea Parties. Obama and the IRS targeted individual critics and GOP donors to silence free speech, intimidate, punish and bankrupt his political opposition.”

Root described a situation in January 2011 when he was targeted in a “vicious IRS attack.”

“After an 18-month battle, the good news is I beat them in tax court last August,” Root said.

“My tax attorney reported that no one in tax history has ever been targeted for audit five days after winning a case in tax court,” Root said. “Every expert I consulted said the same thing, ‘you sir are on President’s enemies list.’”

One month ago, Root said he beat the IRS again.

“They’ve now looked at four years of every line of my tax return under a microscope and found I don’t owe one cent,” Root said.

Paul Dykewicz is a seasoned journalist who is the editorial director of the Financial Publications Group at Eagle Publishing and the editor of the Eagle Daily Investor website. He also edits five monthly investment newsletters, Forecasts & Strategies, Successful Investing, High Monthly Income, Alpha Investor Letter and PowerTrend Profits, as well as a number of time-sensitive trading services.

previous article
Who Won the Read Book Award at FreedomFest?

Today, I awarded George Gilder the annual LEONARD E. READ BOOK AWARD. See photo below. July 11, 2013 FreedomFest, "the world's largest gathering of free minds," gave out the award at this morning's opening ceremonies in honor of Gilder’s new work “Knowledge and Power” (published by Regnery). This annual award is granted to the "libertarian book of the year" which best advances the principles of liberty.