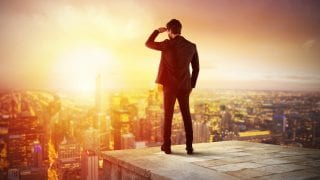 Stocks fell on Tuesday, as the S&P 500 ended its longest winning streak since January, as a Federal Reserve official suggested stimulus cuts. “Hawkish comments from Kansas City Fed President George as to the timing of adjustments to the Fed’s bond purchases are putting modest pressure on the indices,” Ryan Larson, the Chicago-based head of U.S. equity trading at RBC Global Asset Management (U.S.) Inc., said. “Outside of that, earnings are in the early stages and many are waiting for chairman Bernanke’s testimony to Congress tomorrow for further direction about future Fed policy.”

As investors wait for another statement from Federal Reserve Chairman Ben Bernanke, the dollar fell against rival currencies today.  “Volumes are low and unless the data is a huge surprise, which was not the case, we are not going to see huge moves. Also investors will stay cautious before Bernanke’s testimony,” said Alvin Tan, currency strategist at Societe Generale.

June saw a rise in consumer prices and a stabilization of inflation pressures, as analysts expect the Federal Resere to reduce its bond buying by the end of the year. “Inflation is carving out a bottom. We are likely to see inflation tick up slightly in the second half of this year,” said Ryan Sweet, a senior economist at Moody’s Analytics in West Chester, Pennsylvania. “The modest acceleration is welcome news for the Fed.”

previous article
The Global Guru: Invest in the GE and Thomas Edison of the 21st Century

Over the past decade, Google Inc. (GOOG) has become much more than the world’s favorite Internet search engine. With its relentless ambition and capacity to deliver a flow of unexpected products, Google is rapidly emerging as the dominant consumer technology company of the early 21st century. Today, Google is taking a pioneering role in everything from developing self-driving cars; releasing kooky augmented reality glasses; installing fiber cables in Kansas City; to financing renewable p